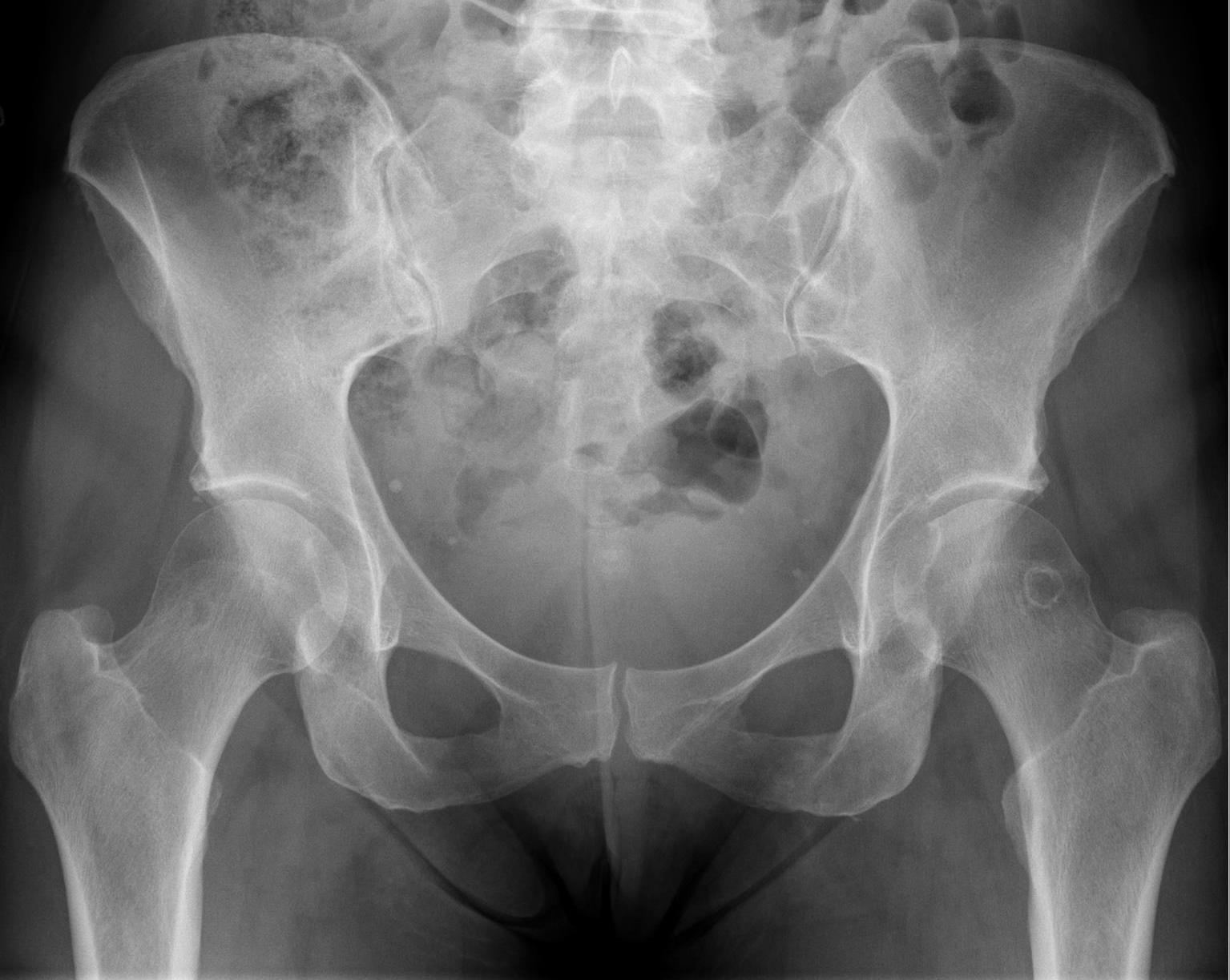 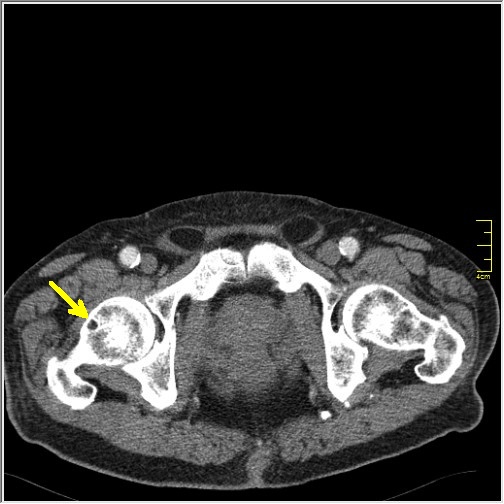 Pitt pit refers to an oval or round lucency in the anterosuperior aspect of the femoral neck, just distal to the articular surface. It represents a herniation of synovium or soft tissues into the bone through a cortical defect, hence the alternate name synovial herniation pit. They are usually around 5 mm in diameter but can be anywhere between 3 mm and 15 mm.

They are most often an incidental finding and of no clinical significance. There is debate about the exact etiology of herniation pits. There is some evidence that they may result from femoroacetabular impingement as around 30% of patients with this condition are found to have such a pit .

Pitt pit is one of the skeletal “don’t touch” lesions.

It was first described by Michael J Pitt, American radiologist, in 1982 .