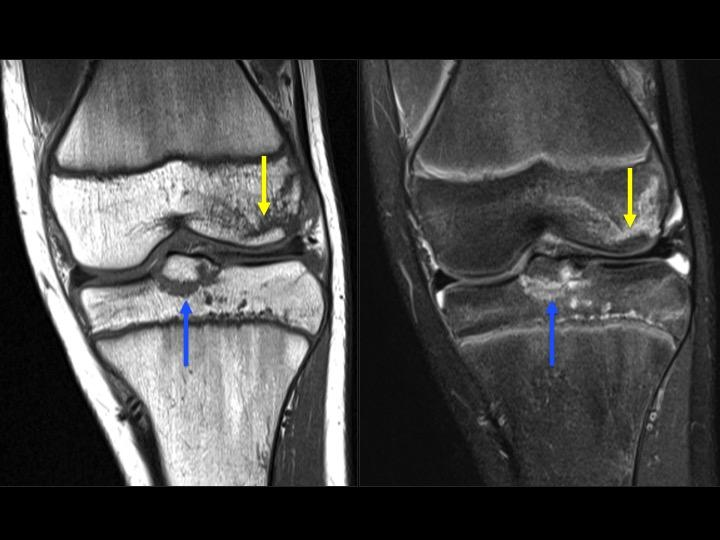 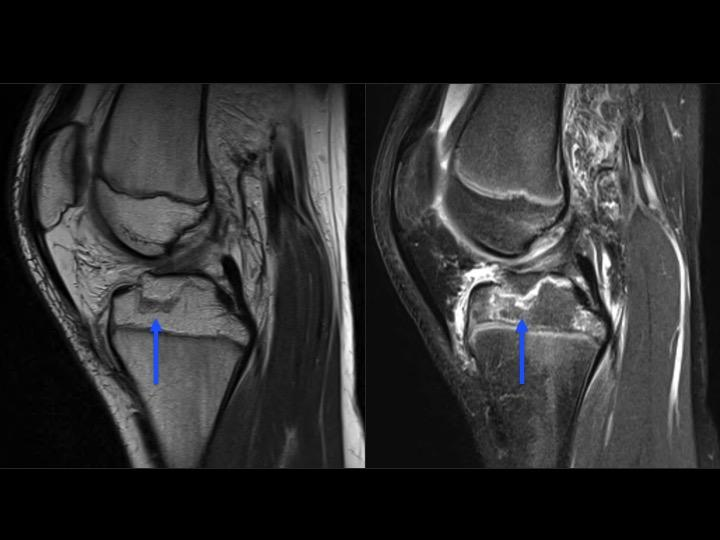 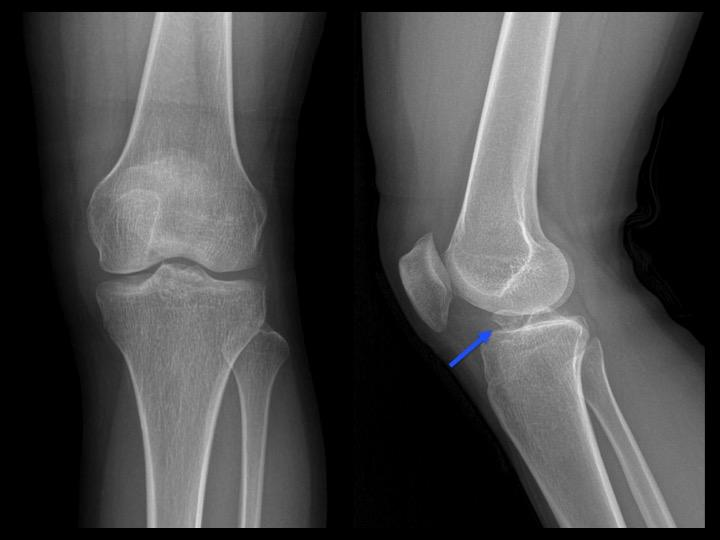 Anterior
cruciate ligament avulsion fracture. Plain radiographs demonstrate an osseous fragment in the anterior aspect of the joint that was well-delineated only on the lateral view (blue arrow).
www.eurorad.org • CC by-nc-sa-4.0 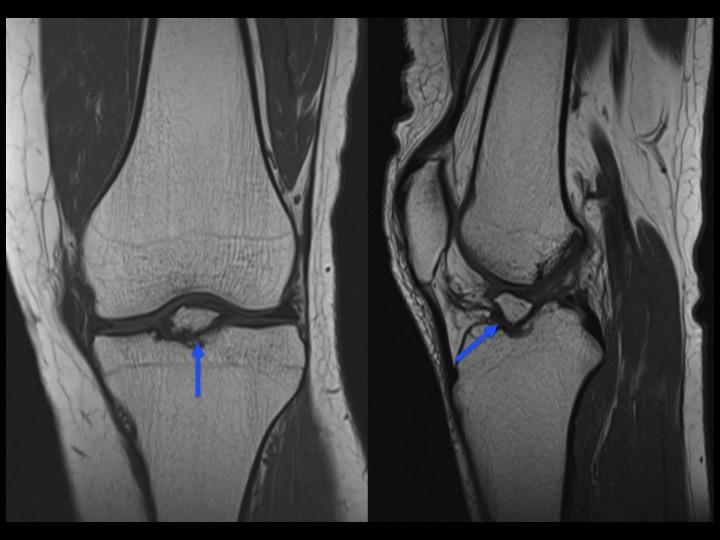 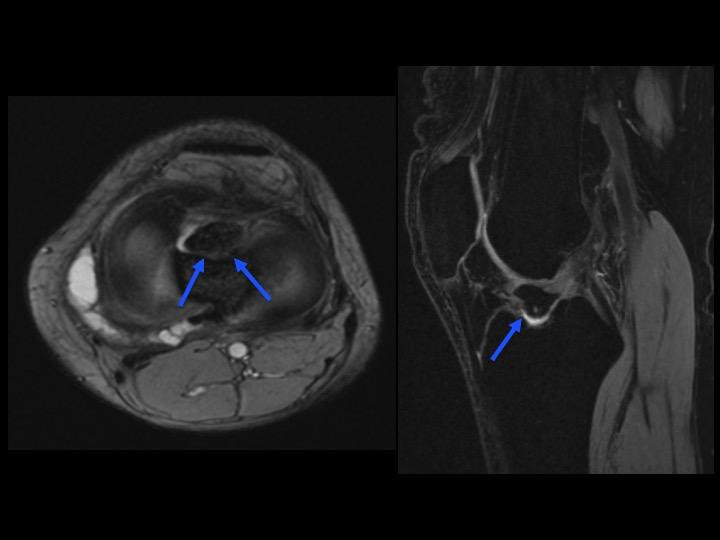 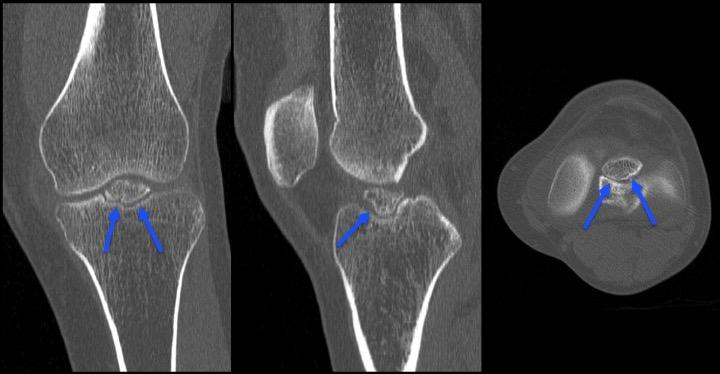 It is more common in children than adults. It has been hypothesized that this may be due to the relative weakness of incompletely ossified bone relative to ligamentous fibers , or relatively increased elasticity of ligament in children .

They are usually caused by forceful hyperextension of the knee or by a direct blow over distal end of femur with the knee flexed.

A classification initially proposed by Meyers and McKeevers in 1959, later modified by Zaricznyj in 1977 , is the most common system for describing ACL avulsion fracture.

Under the Meyers and McKeever system, injuries are classified into four main types:

Depending on the type, a tibial avulsion is typically seen as a fracture fragment in variable orientation involving the tibial eminence. There may be anterior translation of the femur on the tibia on the lateral view.