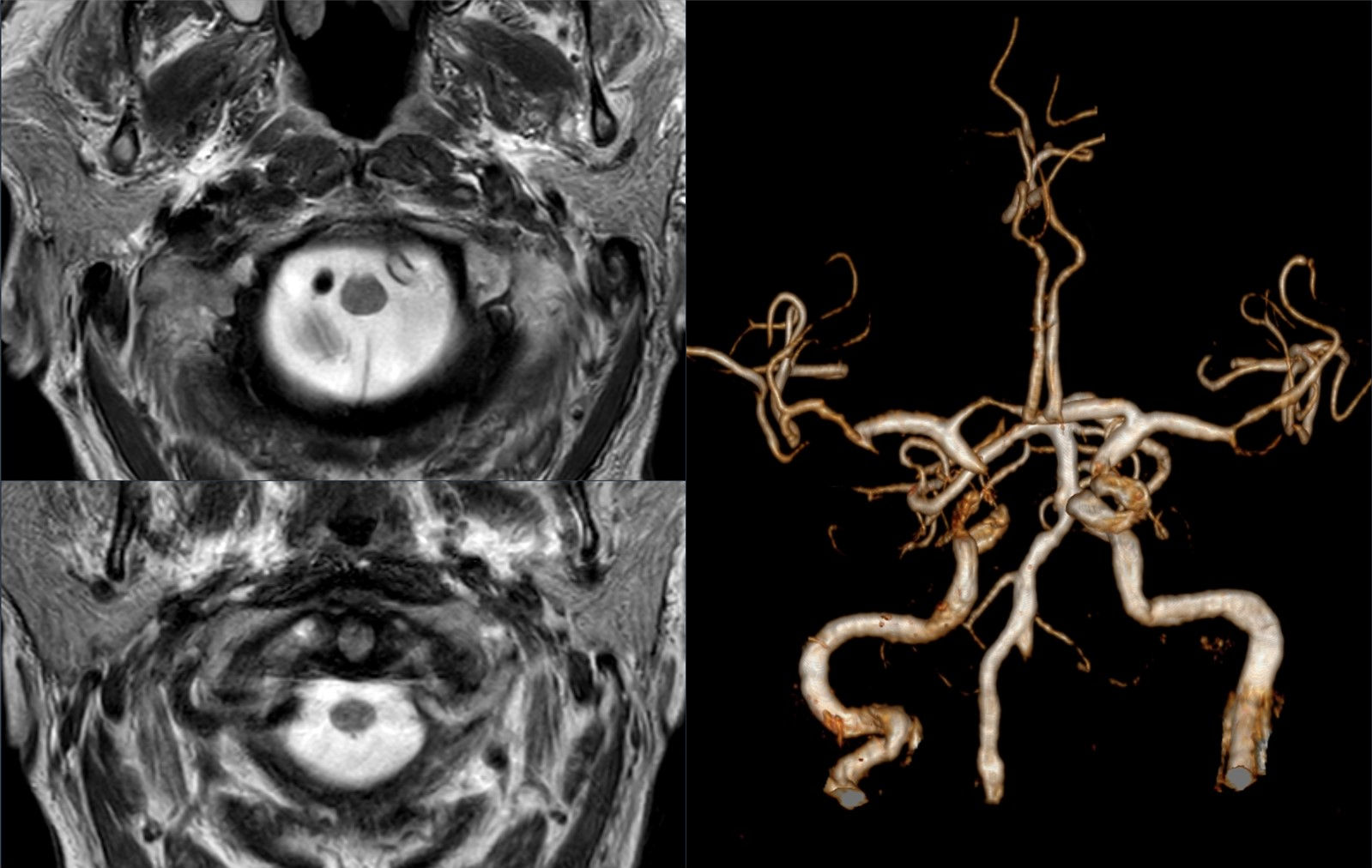 Flow voids refer to a signal loss occurring with blood and other fluids, like CSF or urine, moving at sufficient velocity relative to the MRI apparatus. It is a combination of time-of-flight and spin-phase effects usually seen in spin-echo techniques (such as T2-weighted images) .

During spin-echo imaging, protons in flowing fluid move out of the plane of spatially-selective radiofrequency pulses, in the time between the initial 90° excitation pulse and the second 180° refocusing pulse. Because of this time-of-flight effect, these protons miss the refocusing pulse and dephase, thereby contributing no signal to that voxel . (A different time-of-flight phenomenon occurs in flow-compensated gradient-echo sequences resulting in flow-related enhancement, harnessed in time-of-flight angiography.) The degree of signal loss due to this time-of-flight effect is related to the velocity of the proton out of the plane, the slice thickness, and the time to echo (TE) .

Spin-phase effects account for signal loss occurring with motion within the same plane of imaging. The velocity of blood varies at different points across the lumen of a vessel, whether during laminar or turbulent flow. Protons moving at different velocities then gain different phases as they move across the gradient applied for spatial encoding. The phase shift depends on the velocity of the proton within the plane, strength of the applied gradient, and time to echo. As these differences occur on a microscopic level, spin dephasing causes signal loss within a voxel.