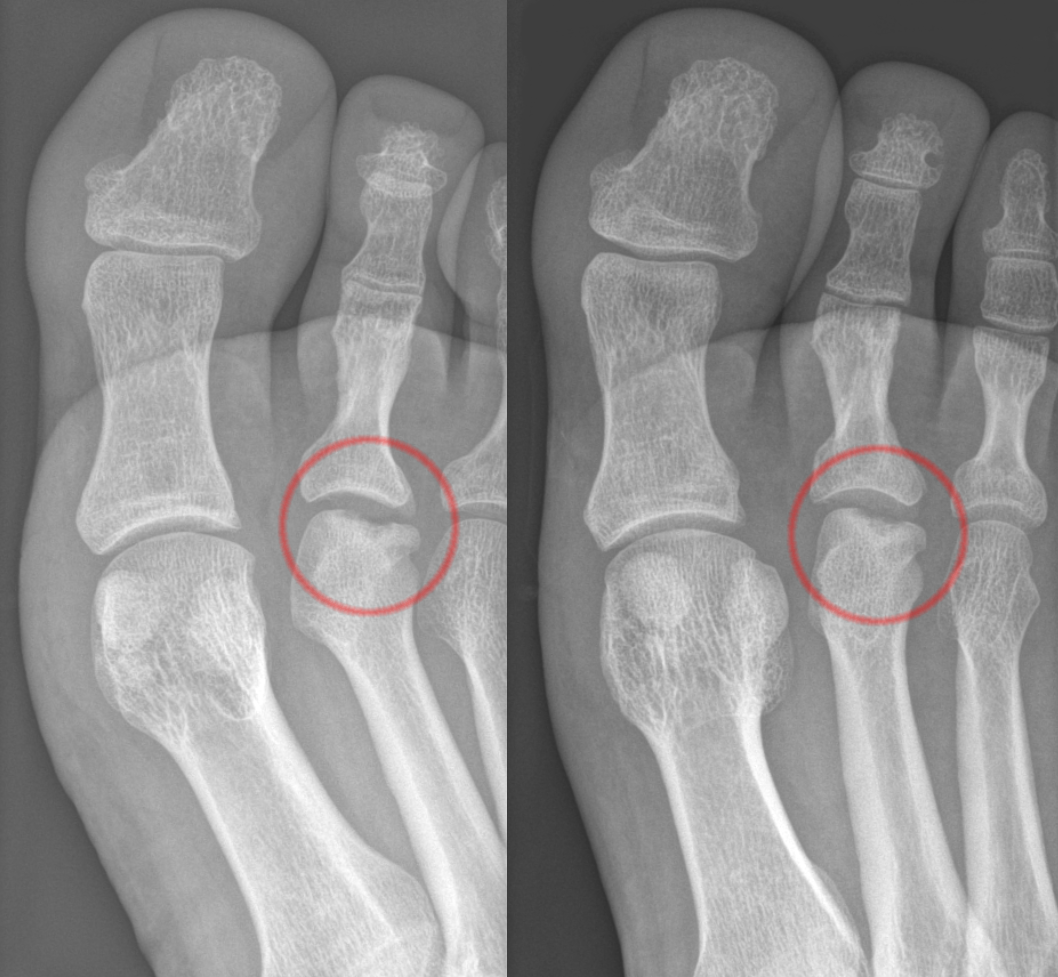 Freiberg disease, also known as Freiberg infraction, is osteochondrosis of metatarsal heads. It typically affects the 2 metatarsal head, although the 3 and  4 may also be affected. It can be bilateral in up to 10% of cases.

Clinically they present with pain on weight-bearing with swelling and tenderness.

The cause of Freiberg infraction is controversial and is probably multifactorial.

A traumatic insult in the form of either acute or repetitive injury and vascular compromise, perhaps due to an elongated 2 metatarsal, are the most popular theories, and as it is more commonly seen in women, particularly during adolescence, high-heeled shoes have been postulated as a possible causative factor.

Histologically, Freiberg infraction is characterized by the collapse of the subchondral bone, osteonecrosis, and cartilaginous fissures .

These can be split into early and late features:

Some publications advocate the use of the Bragard staging classification , which requires two views/planes of the forefoot:

With disease progression, flattening of the metatarsal head occurs, and low-signal-intensity changes develop on T2-weighted images as the bone becomes sclerotic.

Albert H Freiberg (1868-1940), was an American orthopedic surgeon, who first described his eponymous condition in 1914 .