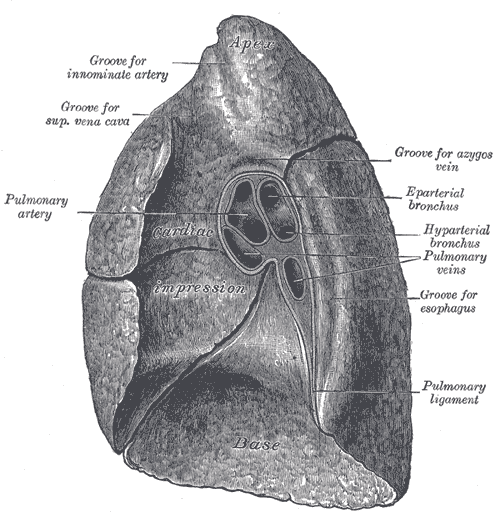 The inferior pulmonary ligament is a fused triangular-shaped sheet of parietal and visceral pleura that extends from the hilum to the dome of the hemidiaphragm. It extends from the mediastinum to the medial surface of the lower lobe and is extra-parenchymal to the lung. It exists to allow vascular enlargement of the hilar vessels in times of increased cardiac output.