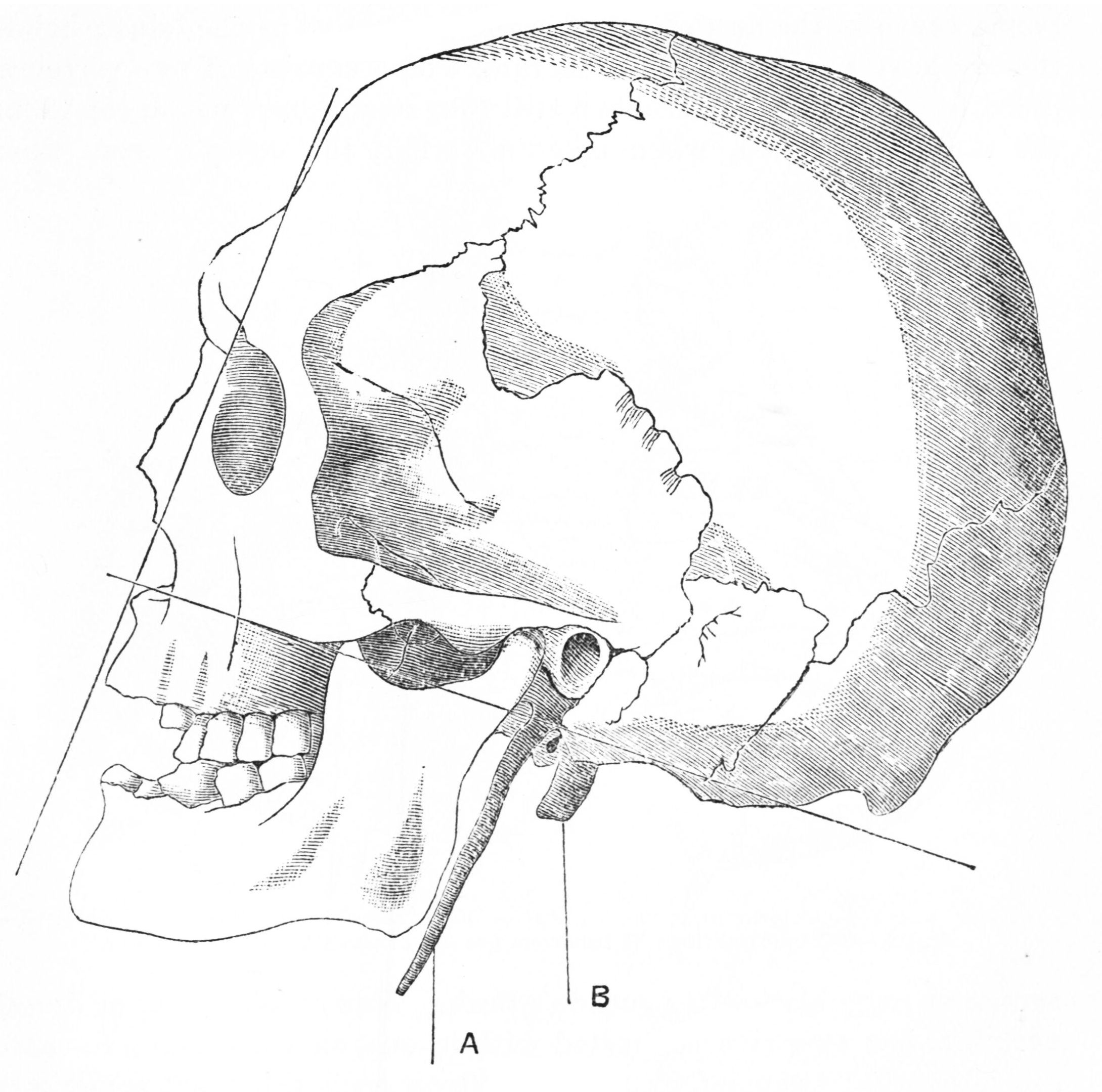 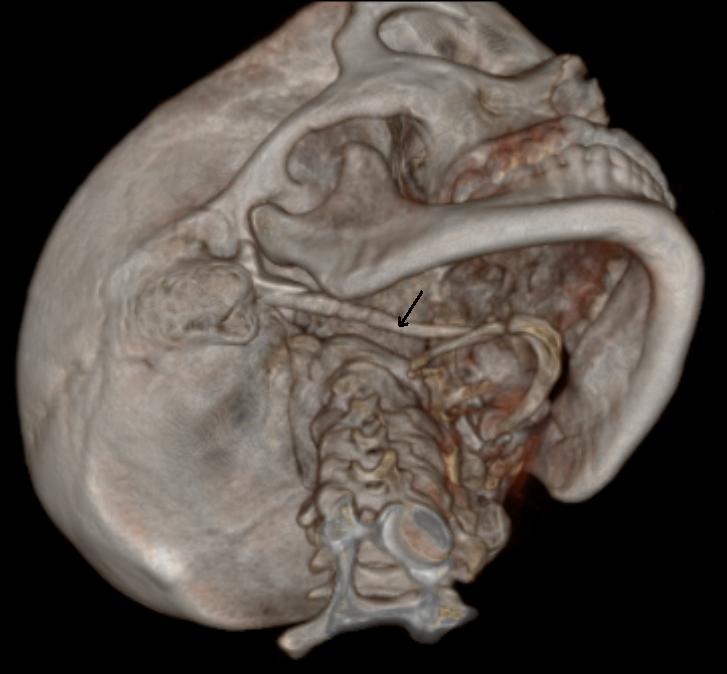 Eagle syndrome refers to symptomatic elongation of the styloid process or calcified stylohyoid ligament . It is often bilateral. In most cases, the cause is unknown; however, the condition is sometimes associated with disorders causing heterotopic calcification such as abnormal calcium/phosphorus metabolism and chronic renal failure.

Clinical presentation is varied and establishing a causative relationship between the styloid process/stylohyoid ligament and symptoms can be challenging. Classically, the pain develops following tonsillectomy, presumably due to distortion of the local anatomy following surgery; however, it is frequently found in patients who have not had regional surgery .

The syndrome can be divided into two main subtypes :

Patients can have symptoms related to compression and irritation of cranial nerves in the region (cranial nerves V, VII, IX and X) such as :

On palpation of the styloid process tip, symptoms should ideally be exacerbated.

Compression of the carotid artery may produce vascular/ischemic symptoms as well as pain along the artery to the supplied territory (thought to be mediated by the sympathetic plexus), including :

The normal length of the styloid in an adult is thought to be approximately 2.5 cm while an elongated styloid is considered longer than 3 cm. If this definition is used, ~4% of the population have an elongated process; however, only a small proportion of them (4-10%) are symptomatic. Elongation can be unilateral or bilateral .

Orthopantomograms and CT can both be used to assess the styloid process/stylohyoid ligament complex.

It has also been proposed that in cases where mechanical vascular compression is the potential cause of ischemic symptoms, an angiographic examination (CT angiography or catheter angiography) obtained with the patient's head positioned to reproduce symptoms may demonstrate mechanical stenosis of the carotid artery .

In many cases, once the cause of pain has been attributed to the styloid process rather than a more sinister entity, no further treatment is required, or perhaps analgesics can be offered for pain alleviation.

Transpharyngeal injection of steroids/local anesthetic agents has also been attempted .

It was first described by American otorhinolaryngologist, Watt Weems Eagle (1898–1980), working at Duke University, in 1937 , however, there are reports that ossification of the stylohyoid ligament had been described as early as the 17 century by Italian anatomist at the University of Padua, Pietro Marchetti (1589–1673) .