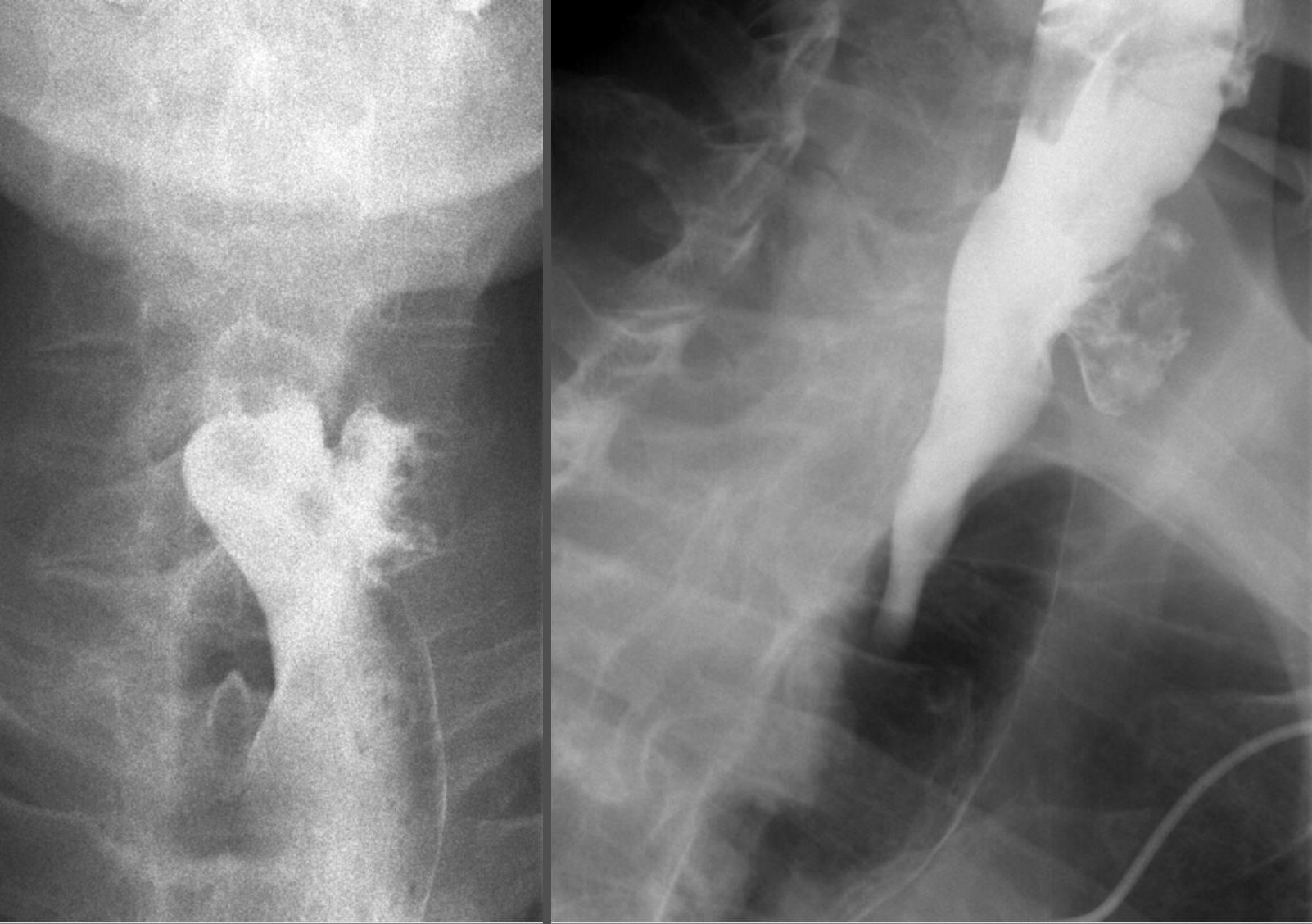 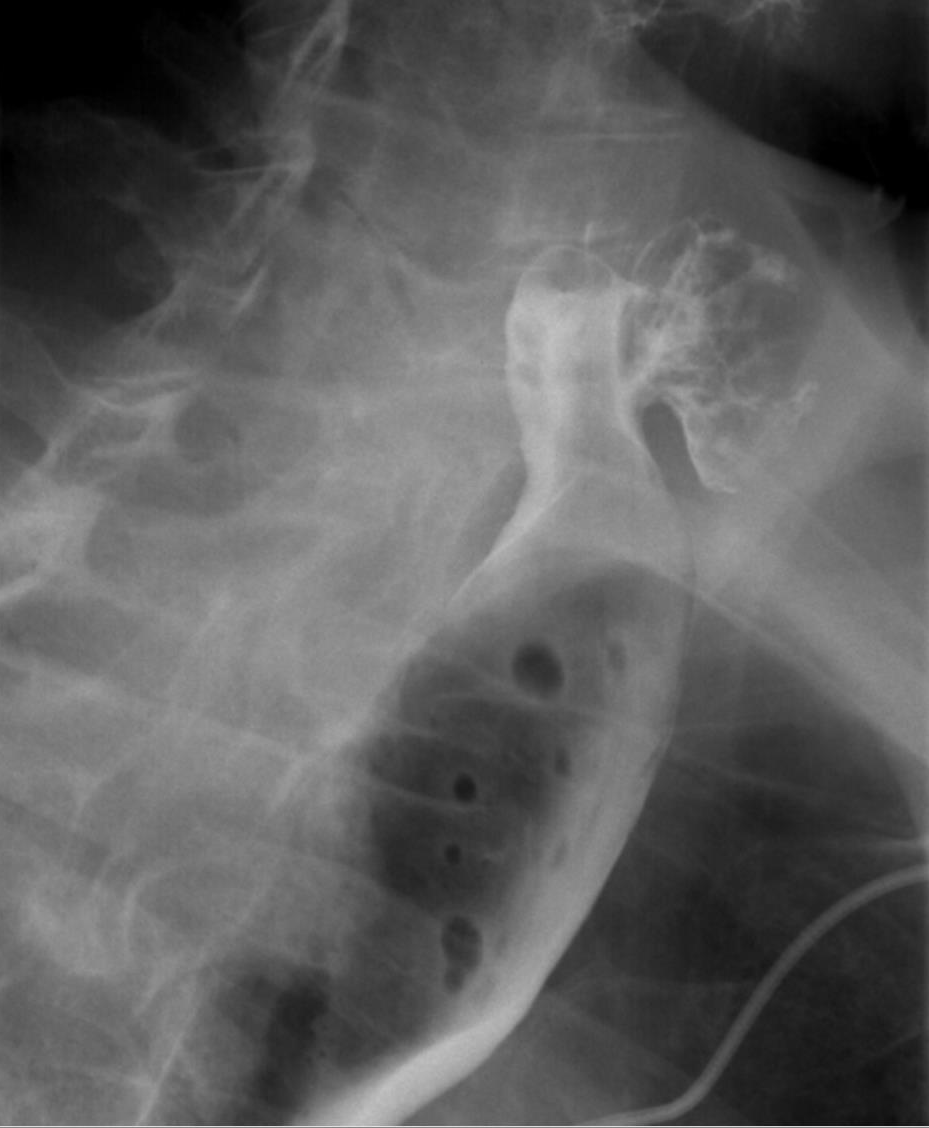 They are located just below the cricopharyngeus muscle, anteriorly and laterally, as left-sided, or less commonly bilateral, outpouching(s) from the cervical esophagus. High intraluminal pressure due to functional esophageal obstruction may be the cause for the herniation of mucosa through the potential site of weakness in the lateral esophageal wall .

On pharyngoesophagography, it usually appears as a left-sided outpouching from the proximal cervical esophagus below the cricopharyngeus. Less frequently, the outpouchings may be bilateral (25%) .

It may be encountered on thyroid ultrasound. It changes its shape during ultrasound when the patient swallows. If it is uncertain on static ultrasound images, swallowing maneuvers can be performed with cine ultrasound .