adenocarcinoma of the lung 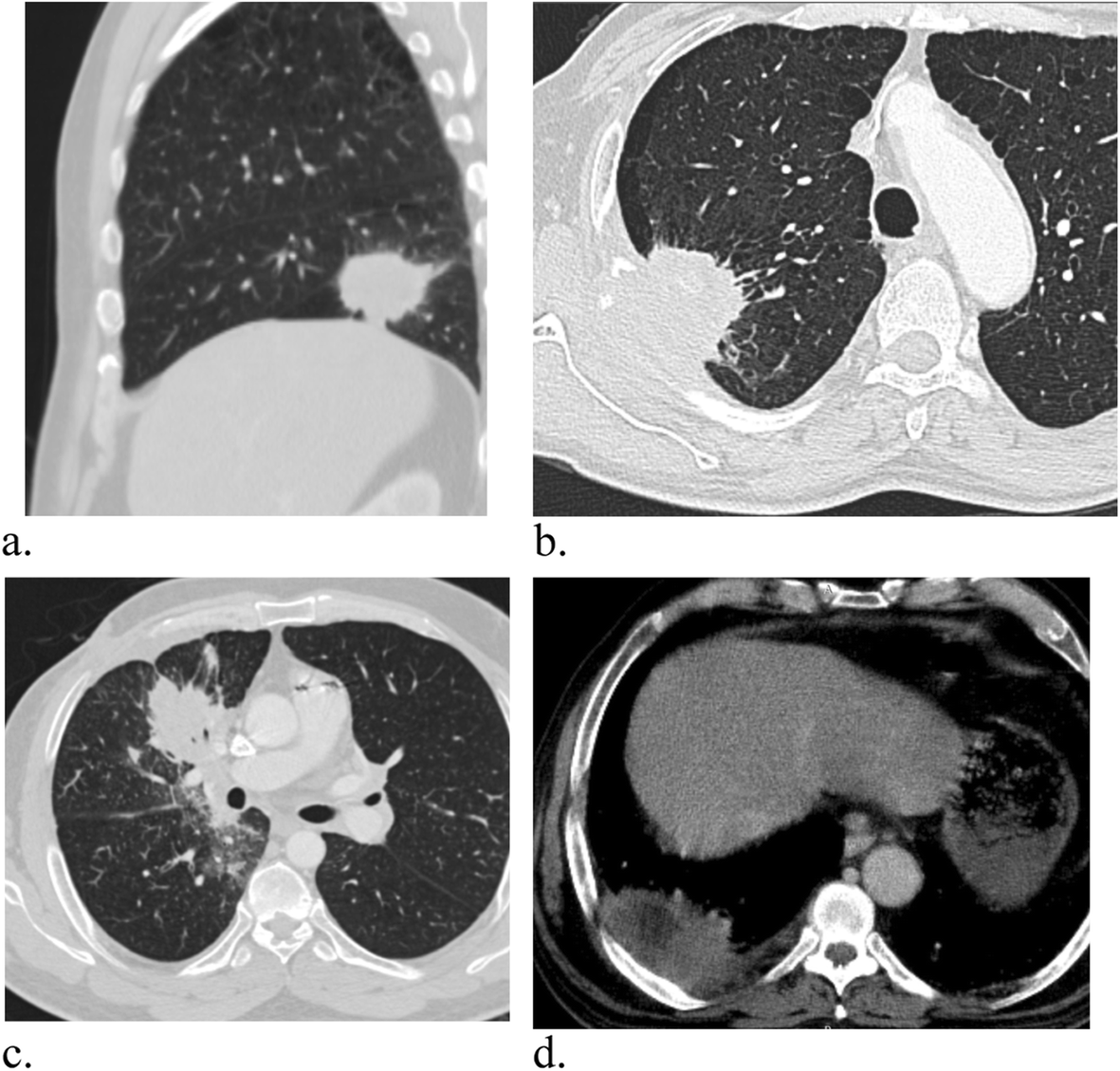 Role of CT in
differentiation between subtypes of lung cancer; is it possible?. Four different cases of right-sided adenocarcinoma. a, b, and c show the classical solid speculated mass lesion with pleural and chest wall invasion in image b, bronchial invasion in image c. In image d, the lesion is thick-walled cavitary lesion with pleural invasion
ejb.springeropen.com • CC-by-4.0
Hallo!
Radiopaedia • CC-by-nc-sa 3.0 • de

Adenocarcinoma of the lung is the most common histologic type of lung cancer. Grouped under the non-small cell carcinomas of the lung, it is a malignant tumor with glandular differentiation or mucin production expressing in different patterns and degrees of differentiation.

This article brings a broad view over lung adenocarcinoma, for further details on each subtype, please refer to the specific articles listed below.

In 2011, the International Association for the Study of Lung Cancer (IASLC), American Thoracic Society (ATS), and European Respiratory Society (ERS) introduced a new classification and terminology for adenocarcinoma of the lung, which is now divided into:

It is now considered the most common histological subtype in terms of prevalence, causing 38.5% of all cases .

Early symptoms are fatigue with mild dyspnea followed by a chronic cough and hemoptysis at a later stage.

Lung adenocarcinoma is primarily categorized on the basis of histopathologic evaluation, although testing for genetic mutations (e.g. EGFR, KRAS) is becoming increasingly important for consideration of therapy .

Often it is impossible to radiographically distinguish between other histological lung cancer types.

A lung nodule is a rounded or irregular region of increased attenuation. The amount of attenuation can further classify the nodules as either ground glass, subsolid or solid .

The invasive mucinous adenocarcinoma subtype (formerly mucinous BAC) can have a variable appearance, including consolidation, air bronchograms, or multifocal subsolid nodules or masses .