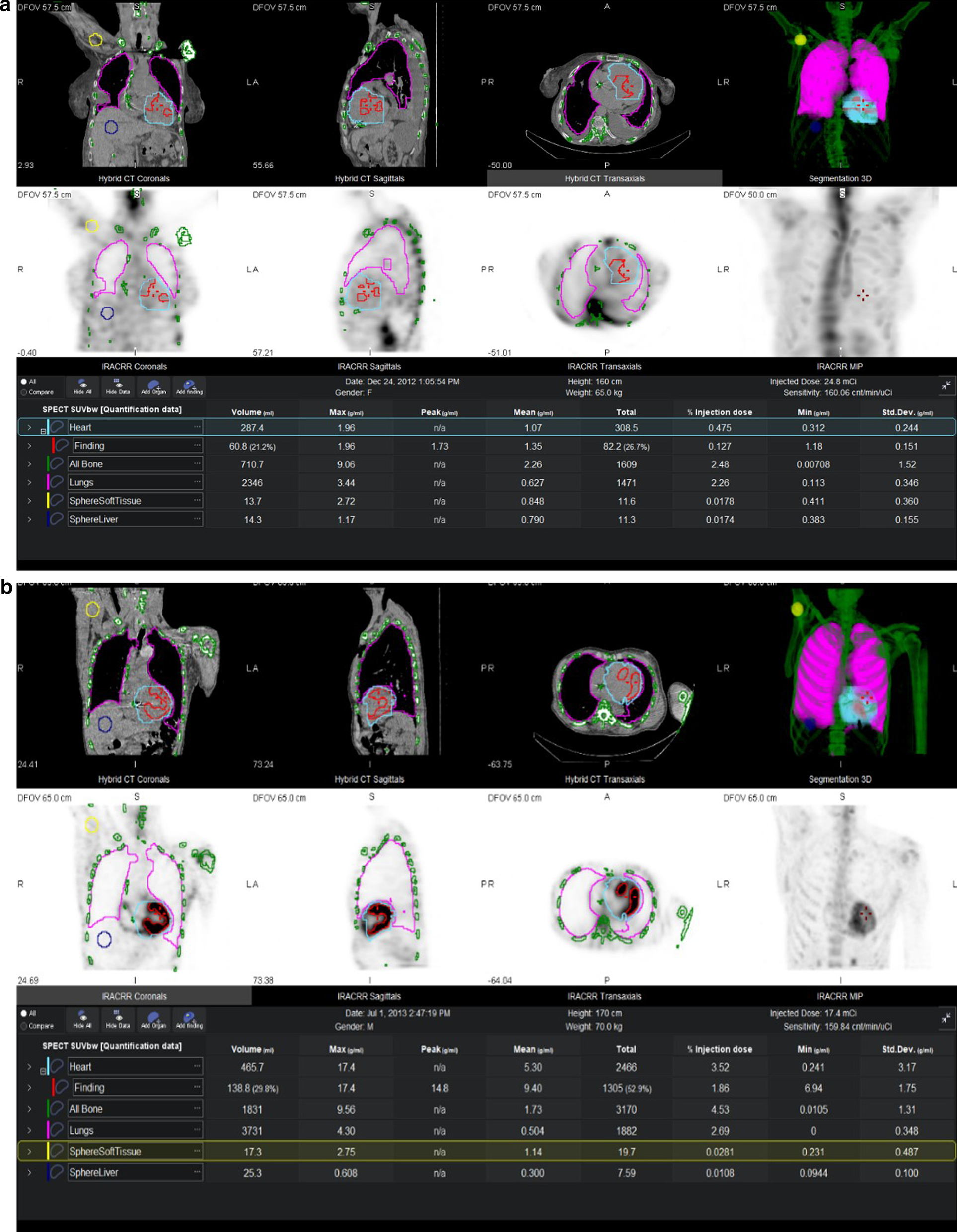 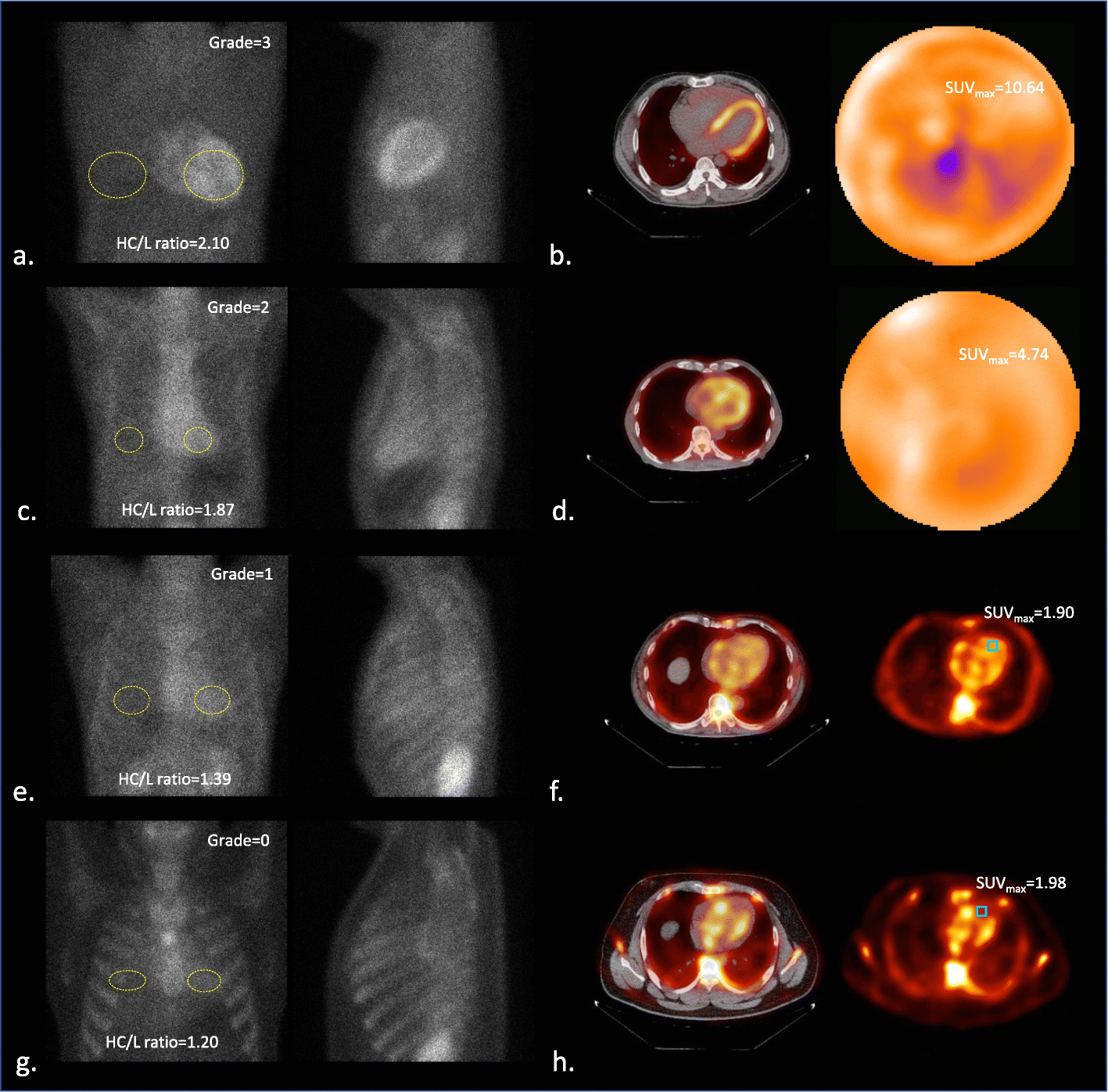 The utility
of splenic imaging parameters in cardiac magnetic resonance for the diagnosis of immunoglobulin light-chain amyloidosis. Short-axis PSIR (phase sensitive inversion recovery) images at 5- and 10-min post contrast enhancement in patient with AL Amyloidosis. Regions of interest were drawn in the Spleen and adjacent Serratus anterior muscle, on both images, avoiding vessels, lesions, and artifacts. The “normalized” spleen ratio was defined as the calculated ratio of spleen values to the adjacent muscle values
insightsimaging.springeropen.com • CC-by-4.0 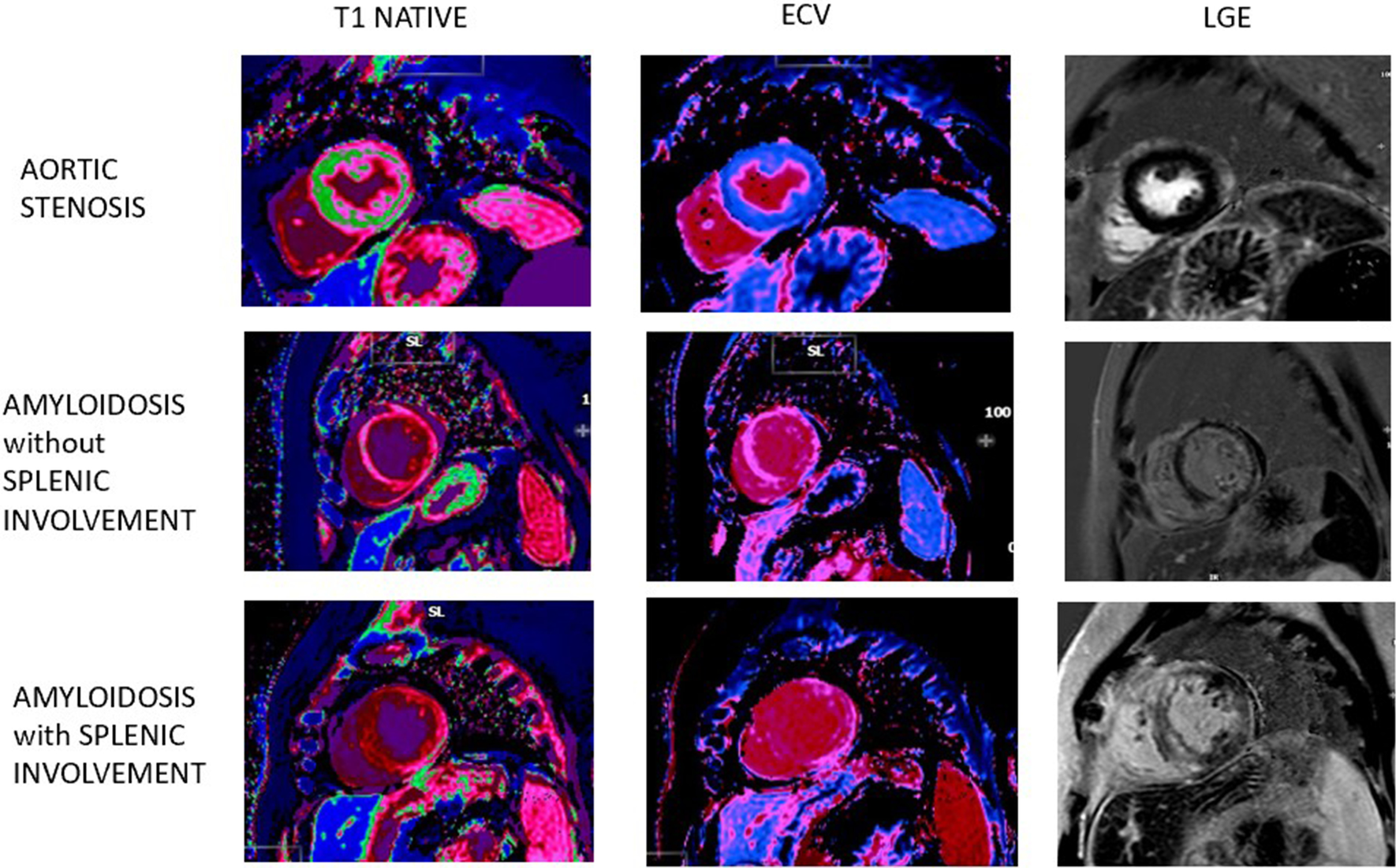 The utility
of splenic imaging parameters in cardiac magnetic resonance for the diagnosis of immunoglobulin light-chain amyloidosis. Table presenting the differences in myocardial and splenic values in a patient with Aortic Stenosis, and patients with Cardiac Amyloidosis with and without splenic involvement, in T1 NATIVE map and ECV map, in correspondence to late gadolinium enhancement (LGE) images
insightsimaging.springeropen.com • CC-by-4.0
Hallo!
Radiopaedia • CC-by-nc-sa 3.0 • de

Cardiac amyloidosis (plural: amyloidoses) is a significant source of morbidity among patients with systemic amyloidosis and is the most common cause of restrictive cardiomyopathy outside the tropics.

Amyloidosis represents the extra-cellular deposition of insoluble fibrillar proteinaceous material in various organs and tissues in a variety of clinical settings. For a general discussion of the condition please refer to amyloidosis.

Cardiac involvement is seen with most forms of amyloidosis, although it is most common and most often clinically significant with primary amyloidosis (i.e. associated with multiple myeloma or other monoclonal gammopathies).

There are 2 main forms of amyloidosis that significantly affect the heart.

MRI is the modality of choice for evaluating cardiac amyloidosis. Features include:

Tc-99m-DPD, Tc-99m-HMDP (hydroxymethylene diphosphonate) and Tc-99m-PYP (pyrophosphate) have been shown to have high sensitivity and specificity for the diagnosis of cardiac amyloidosis (ATTR) . Planar +/- SPECT-CT scintigraphy is performed to look for increased cardiac uptake in cardiac amyloidosis. Cardiac uptake is evaluated visually and can be scored using the Perugini scale .

Cardiac amyloidosis needs to be distinguished from other forms of restrictive cardiomyopathy, including: