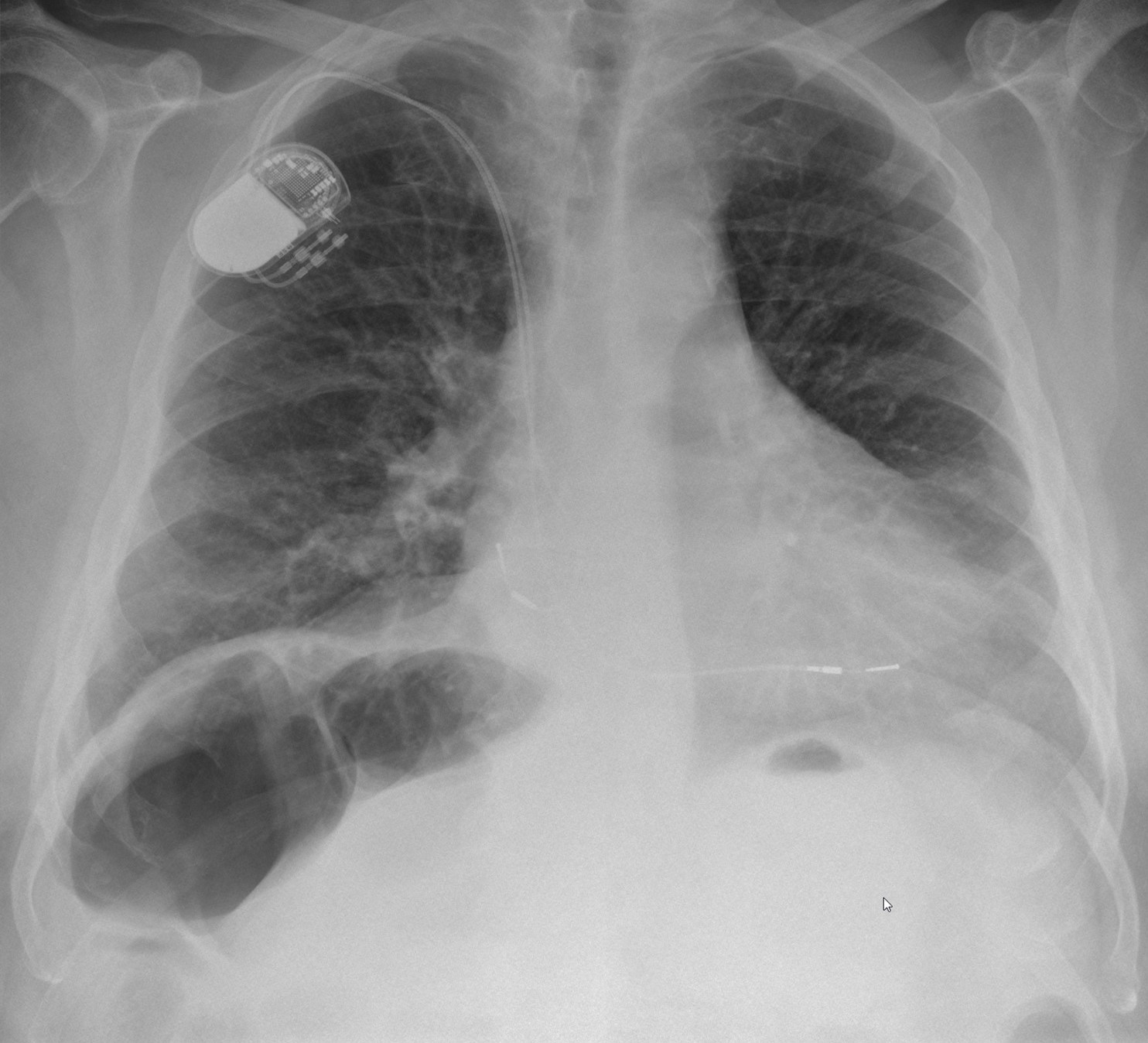 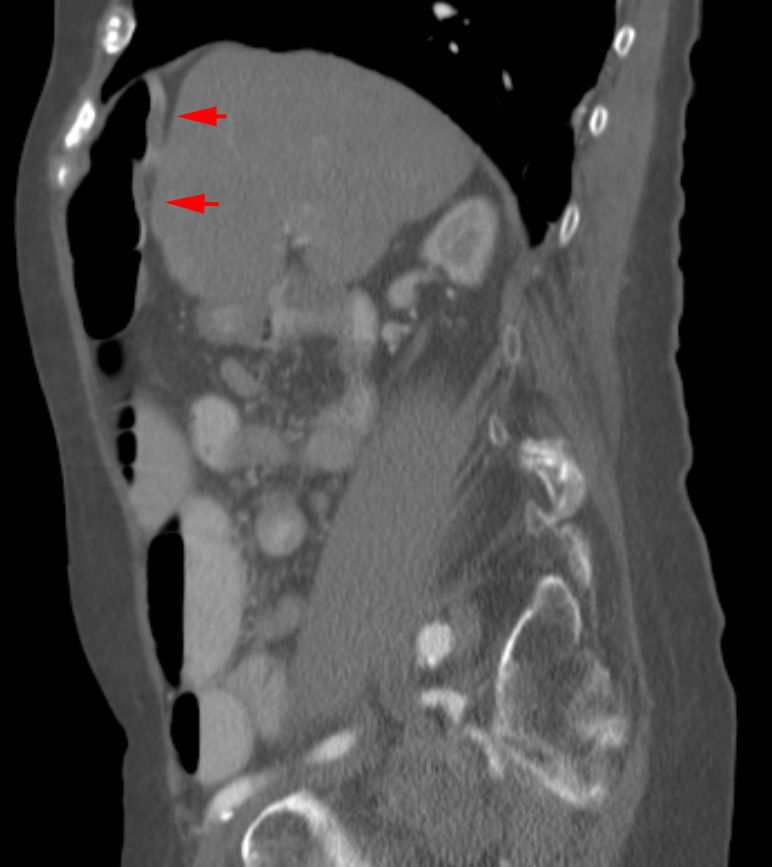 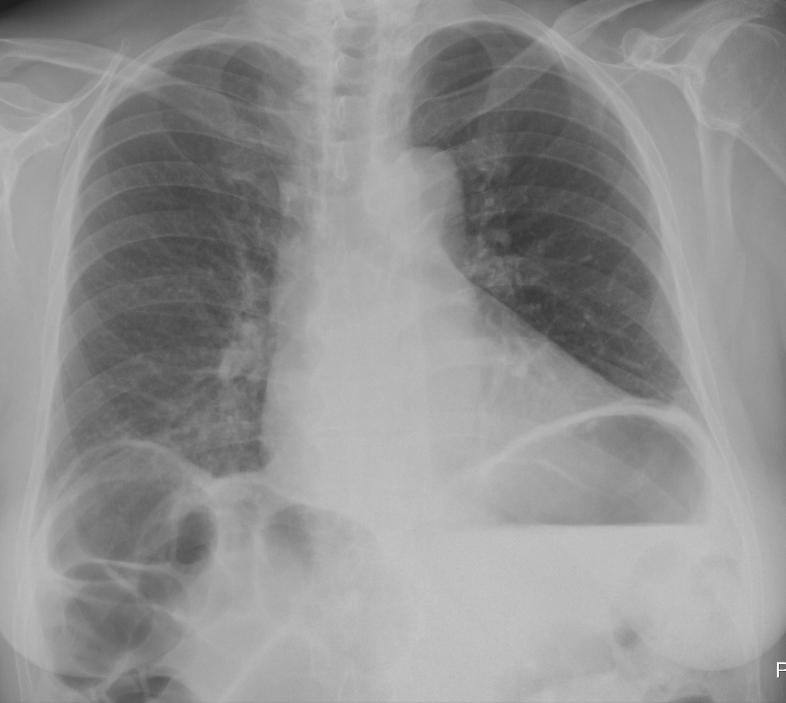 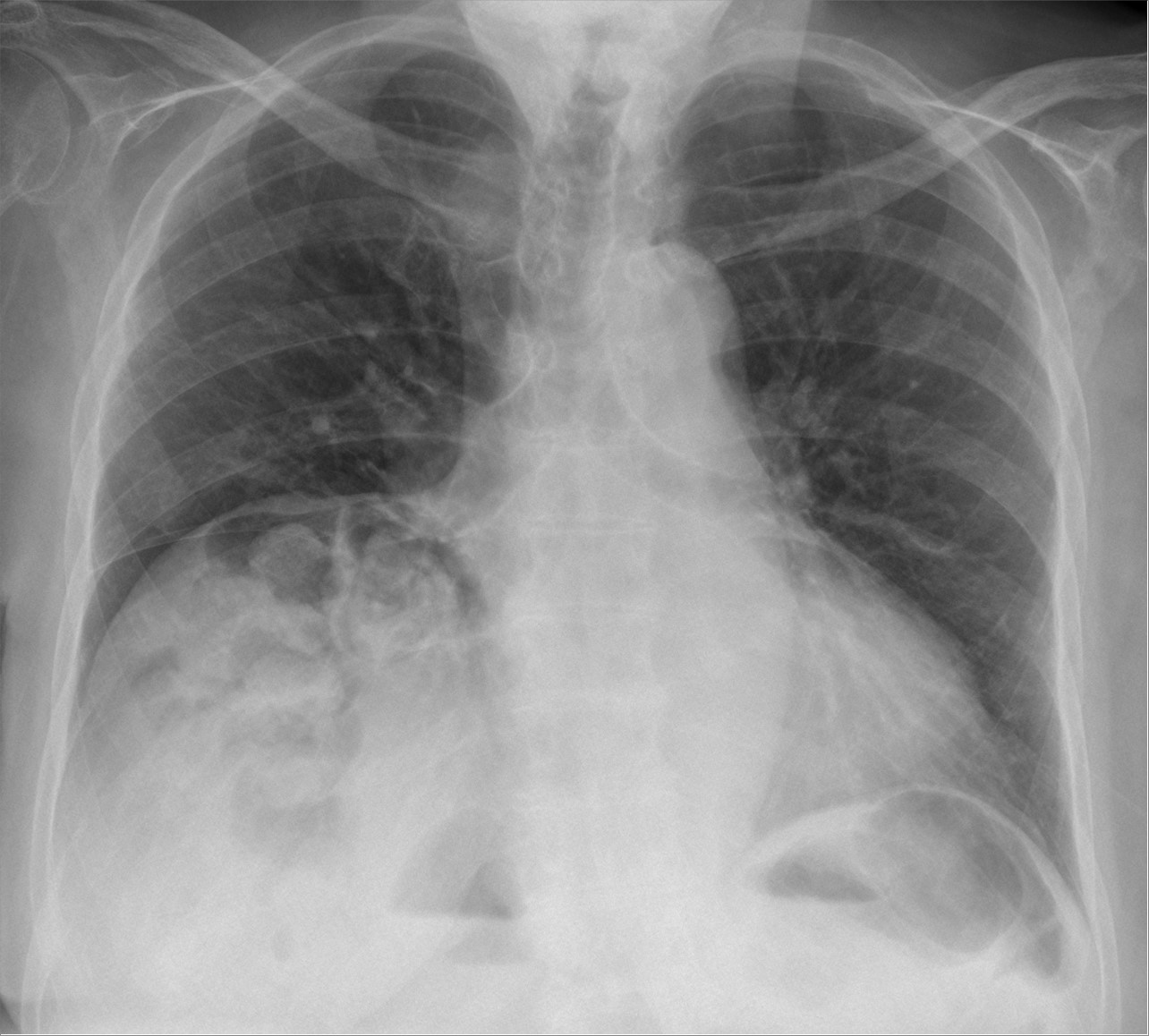 Chilaiditi syndrome is the anterior interposition of the colon to the liver reaching the under-surface of the right hemidiaphragm with associated upper abdominal pain; it is one of the causes of pseudopneumoperitoneum.

Colonic gas in this position may be misinterpreted as true pneumoperitoneum resulting in further imaging, investigation, and treatment that is not required.

Pain distinguishes Chilaiditi syndrome from asymptomatic colonic interposition, which is termed as Chilaiditi sign. This is by virtue of the fact that syndrome is a collection of signs and symptoms.

Asymptomatic patients with Chilaiditi syndrome do not require specific treatment. Those with abdominal pain or distension are usually treated conservatively with analgesia and fluid resuscitation. Patients with recurrent presentations or evidence of bowel ischemia may be offered surgical treatment. Gangrenous or ischemic bowel segments may have to be removed if there is associated colonic volvulus. Otherwise, colopexy may be sufficient to prevent future recurrence of symptoms.

It is named after Demetrius Chilaiditi (1883-1975) , Greek radiologist who described the radiographic findings in 1910  whilst working in Vienna, Austria. Although the first description of the interposition of colon between the liver and the right hemidiaphragm was published by Cantini in 1865 .