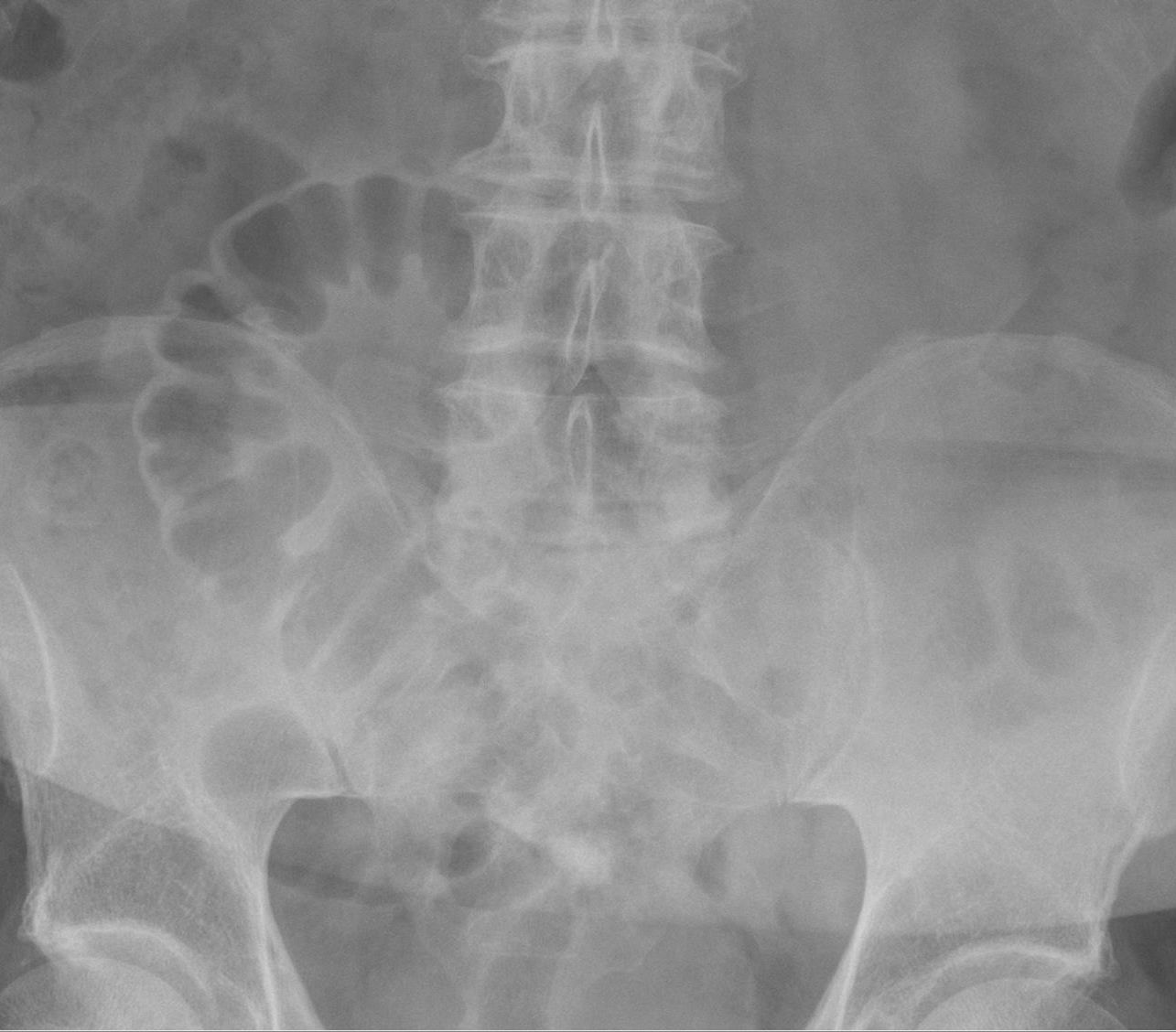 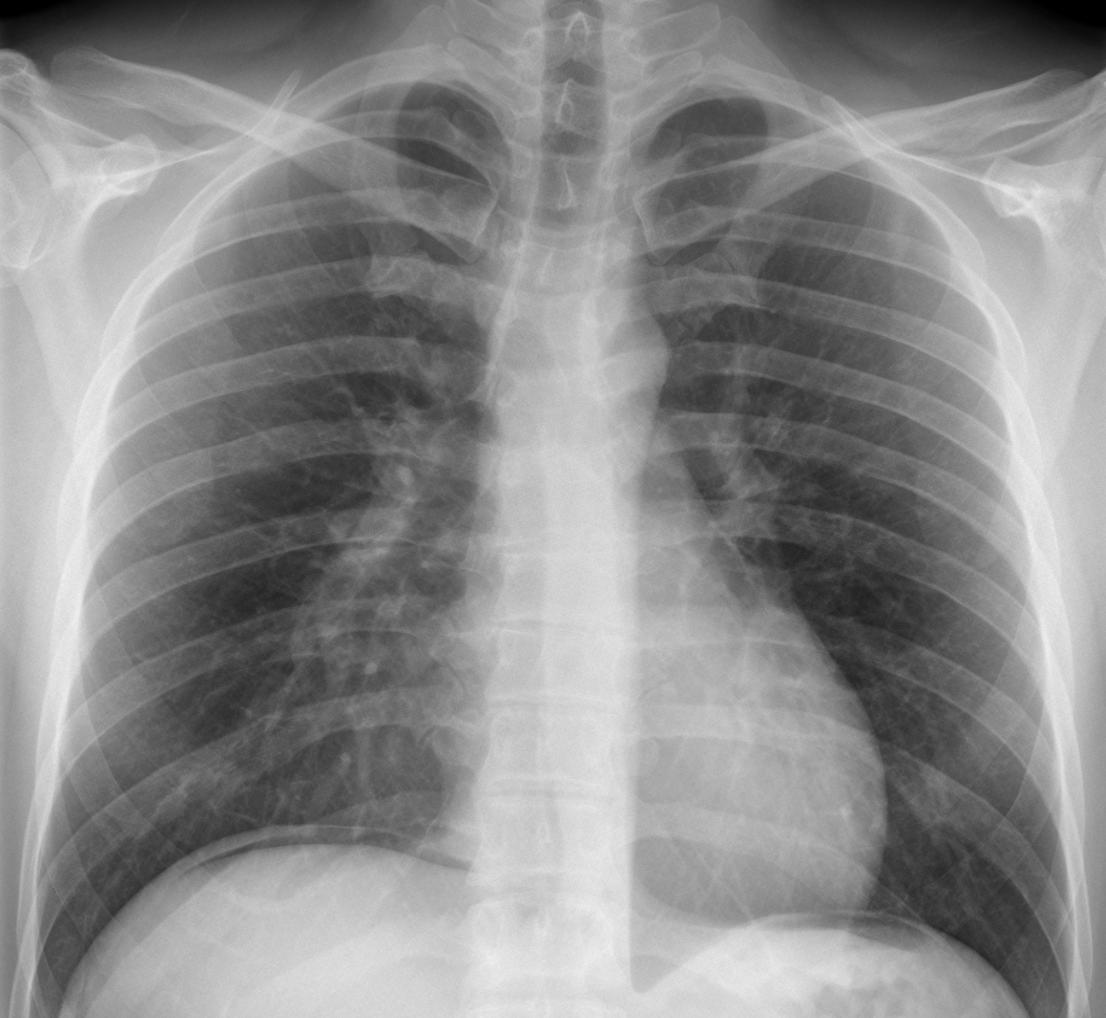 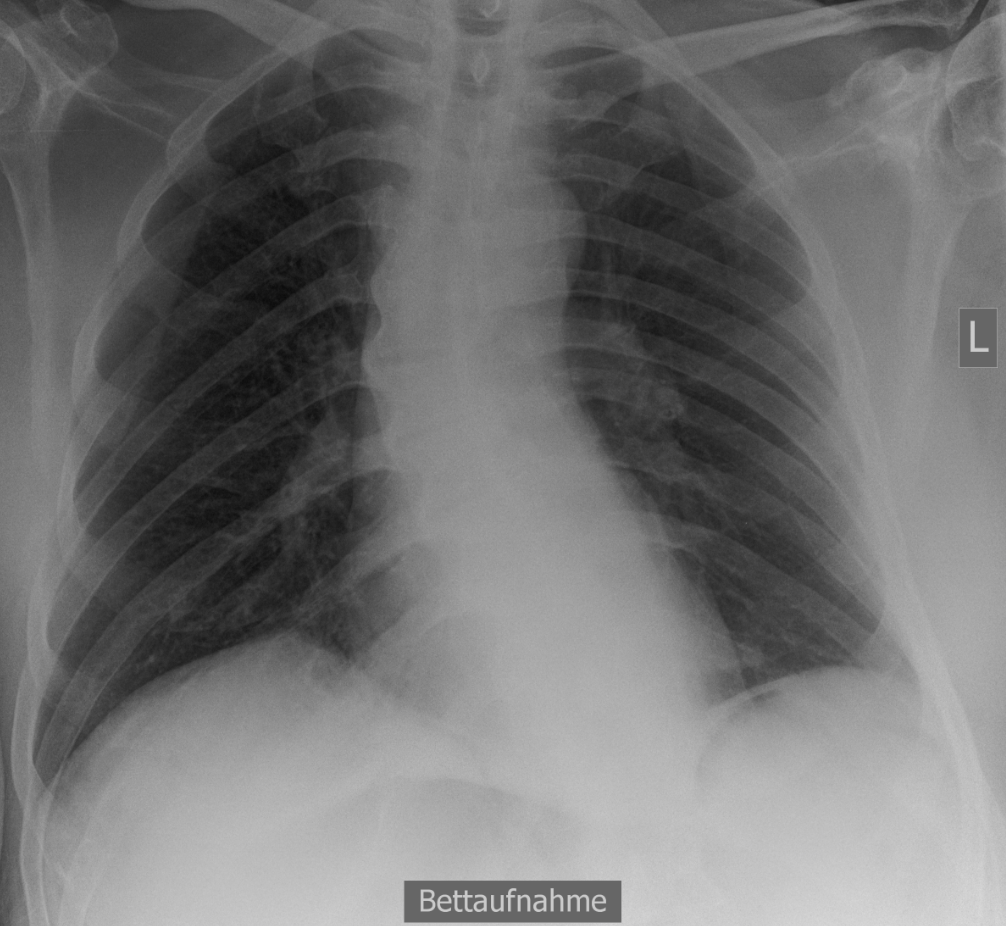 Pneumoperitoneum
from an insufficient intestinal anastomosis. Hardly to see in this image, but see CT.
Wikipedia • CC BY-SA 3.0 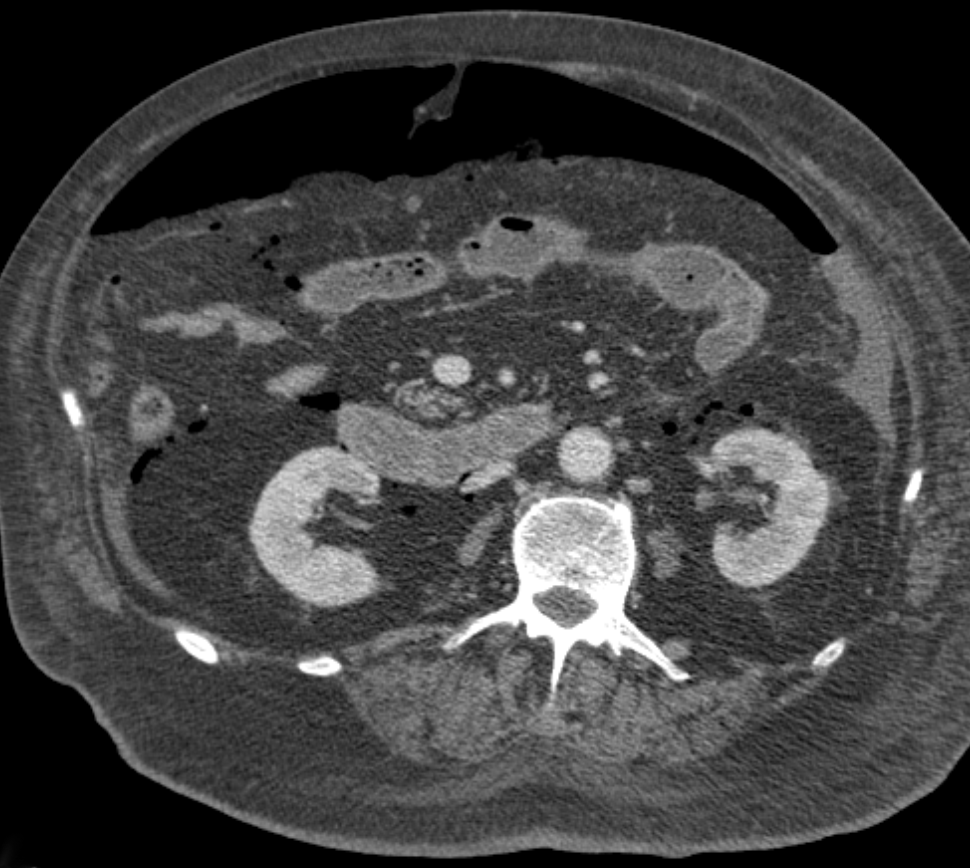 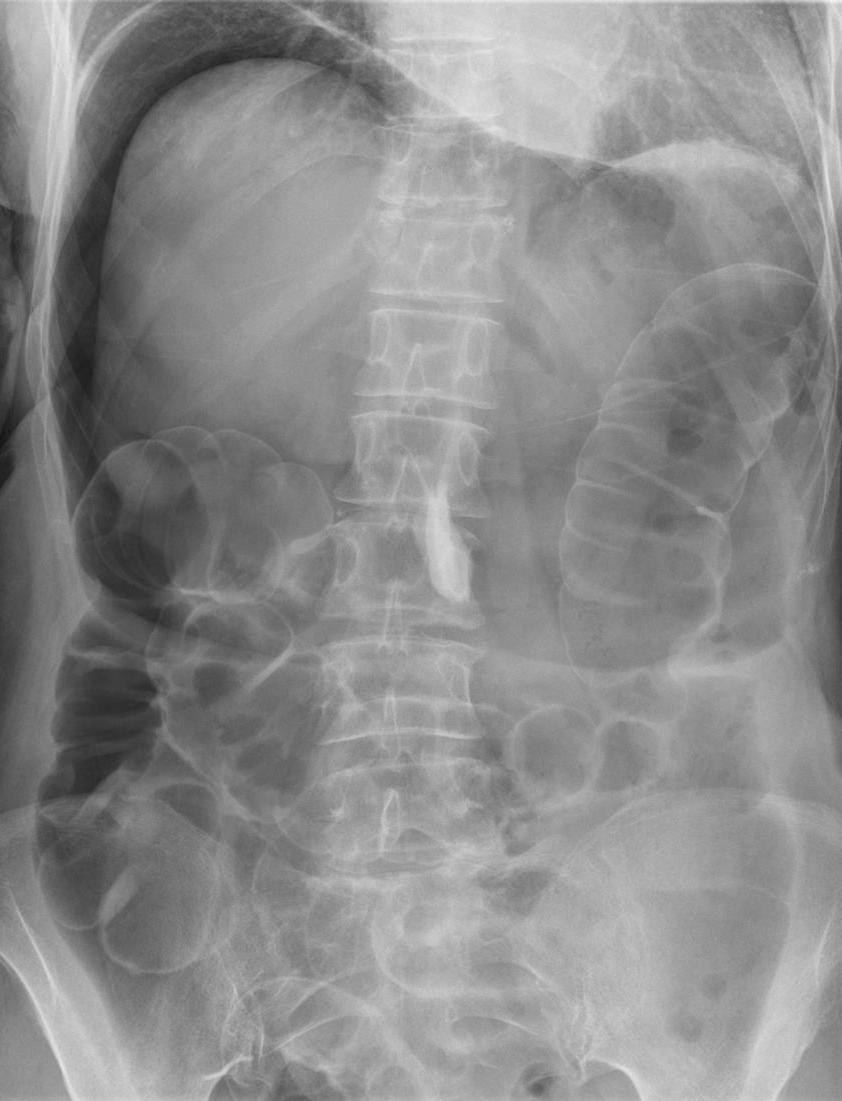 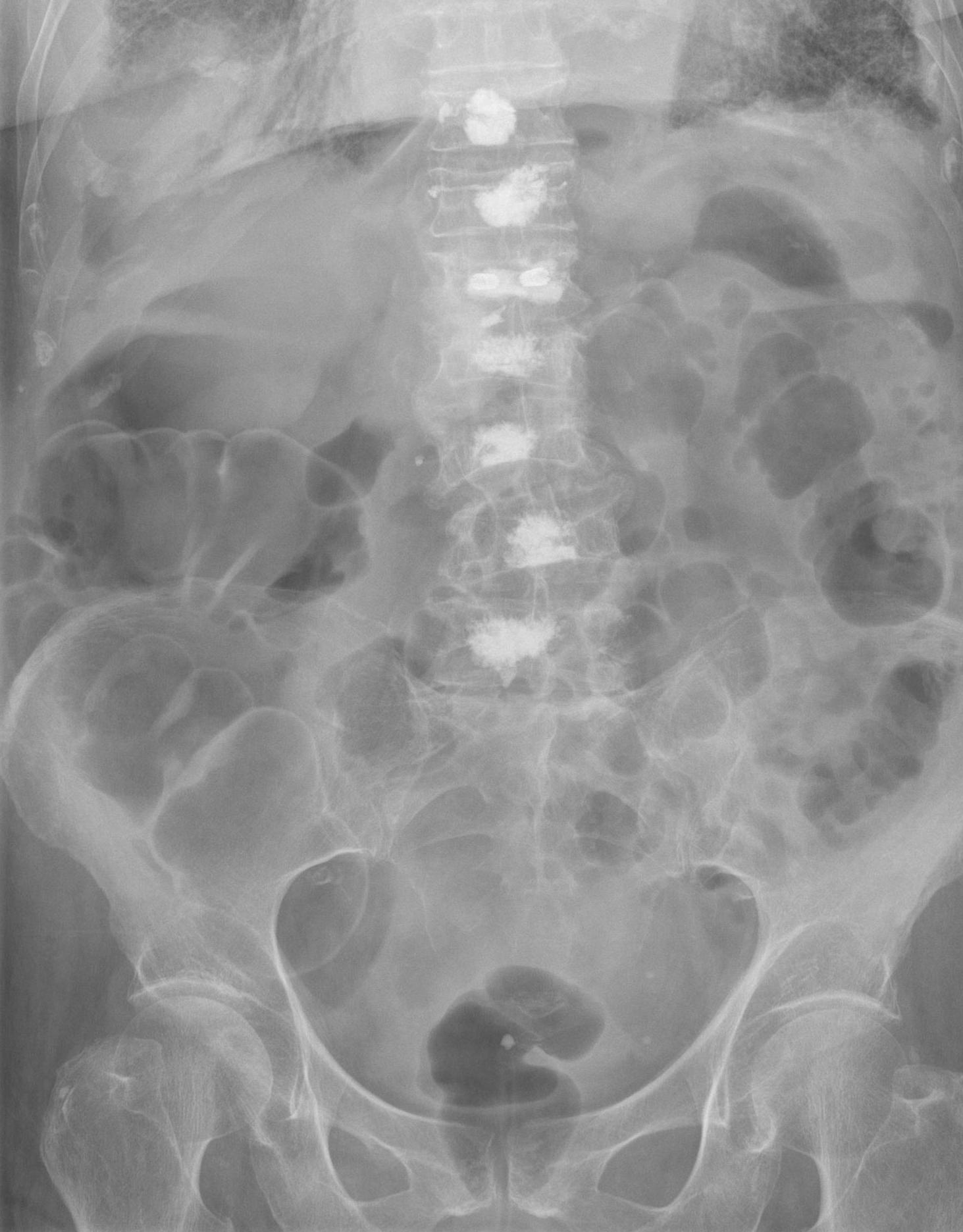 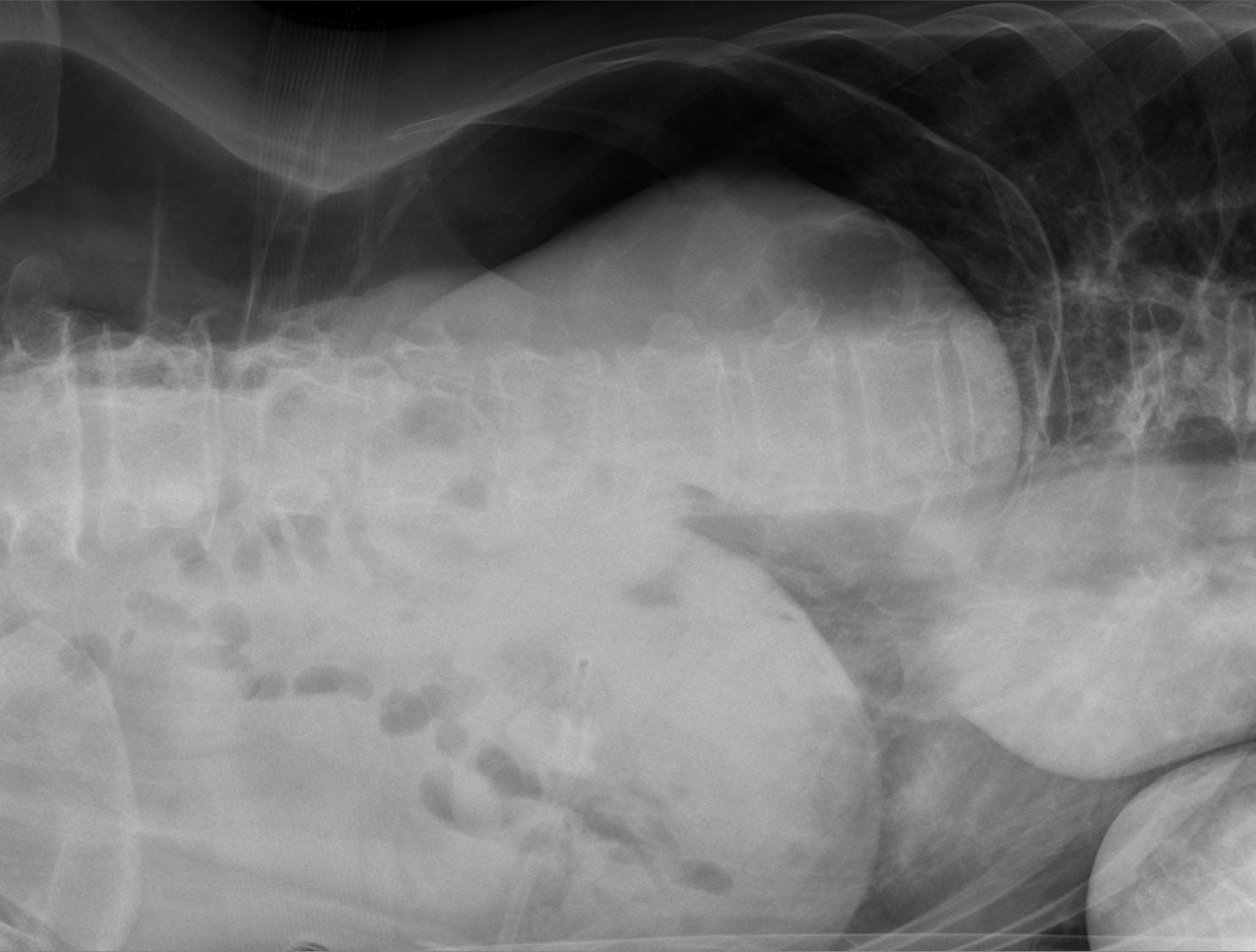 Pneumoperitoneum describes gas within the peritoneal cavity, often due to critical illness. There are numerous causes and several mimics.

The most common cause of pneumoperitoneum is the disruption of the wall of a hollow viscus. In children, the causes are different from the adult population and are considered in the neonatal pneumoperitoneum article.

The causes and, hence, the corresponding severity of accompanying illness, are variable:

An erect chest x-ray is probably the most sensitive plain radiograph for the detection of free intraperitoneal gas. If a large volume pneumoperitoneum is present, it may be superimposed over a normally aerated lung with normal lung markings.

Free gas within the peritoneal cavity can be detected on an abdominal radiograph. The signs created by the free intraperitoneal air can be further divided by anatomical compartments in relation to the pneumoperitoneum:

Ultrasonography may also be combined with dynamic maneuvers