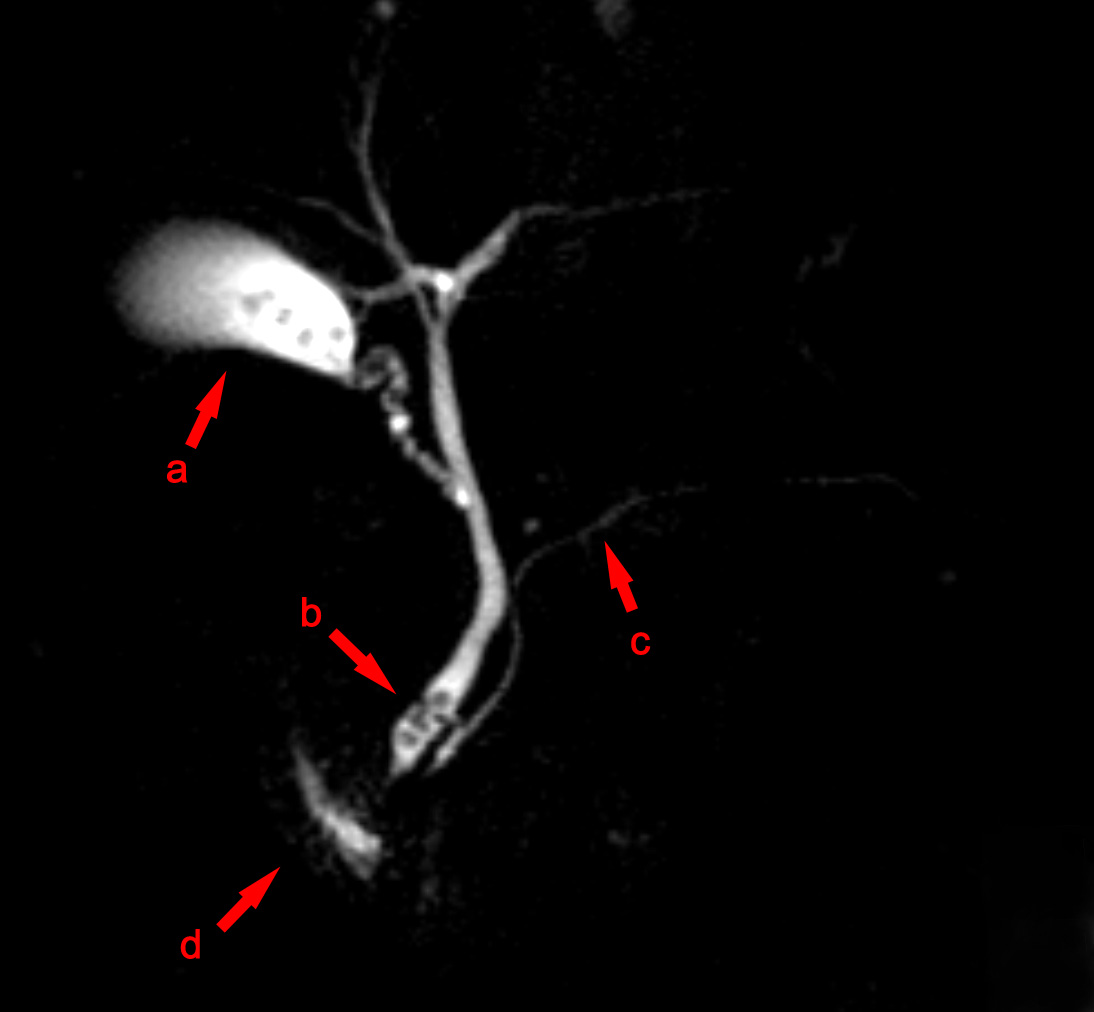 Choledocholithiasis denotes the presence of gallstones within the bile ducts (including the common hepatic duct/common bile duct).

Choledocholithiasis is relatively common, seen in 6-12% of patients who undergo cholecystectomy .

Stones within the bile ducts are often asymptomatic and may be found incidentally, however, more frequently they lead to symptomatic presentation with:

Stones within the bile duct may form either in situ or pass from the gallbladder, and when recurrent tend to be pigment stones, and are thought to be associated with bacterial infection .

Although ultrasound is usually the first investigation for biliary disease, it has average sensitivity for the detection of biliary stones within the bile duct. Sensitivity has been variably reported between 13-55% , with newer studies having higher values due to improved equipment.

Ultrasound should be performed both longitudinally and transversely through the duct with particular attention paid to the very distal portion of the common bile duct as it passes through the pancreatic head (best assessed transversely).

Routine contrast-enhanced CT is moderately sensitive to choledocholithiasis with a sensitivity of 65-88% , but it requires attention to a number of potentially subtle findings. These include:

Setting window level to the mean of the bile duct and setting the window width to 150 HU has been reported to improve sensitivity.

Biliary dilatation should also be visible.

CT with prior administration of biliary excreted contrast agents is highly sensitive (88-96%) and specific (88-98%) for choledocholithiasis. The difficulty is, however, two-fold:

Magnetic resonance cholangiopancreatography (MRCP) has largely replaced ERCP as the gold standard for diagnosis of choledocholithiasis, able to achieve similar sensitivity (90-94%) and specificity (95-99%) without ionizing radiation, intravenous contrast, or the complication rate inherent in ERCP.

Filling defects are seen within the biliary tree on thin cross-sectional T2 weighted imaging. Care should be taken not to use thick slabs for the diagnosis as volume averaging may obscure smaller stones.

However, if the diagnosis has already been secured by ultrasound or CT, there is no additional value of MRCP, and the next step is therapeutic ERCP (see below).

Both investigations are no longer used for routine diagnosis having been replaced by ultrasound, CT and MRCP.

Endoscopic retrograde cholangiopancreatography (ERCP) with sphincterotomy is the treatment of choice for choledocholithiasis, however, is associated with a complication rate of 5.8-24% (10 years follow-up) .

Complications of ERCP and sphincterotomy include:

There is usually little differential, and differential will depend on the modality. The most frequent entities to consider include: