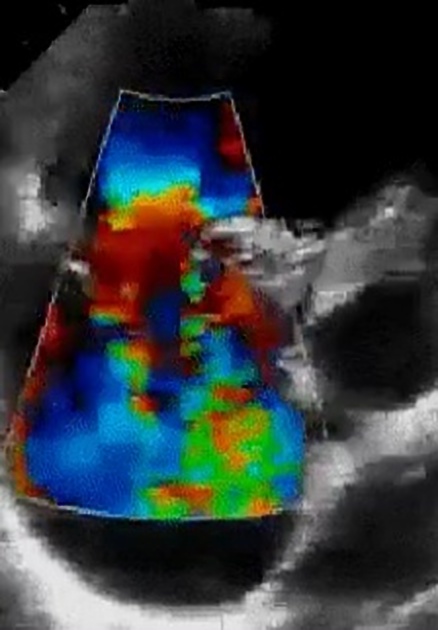 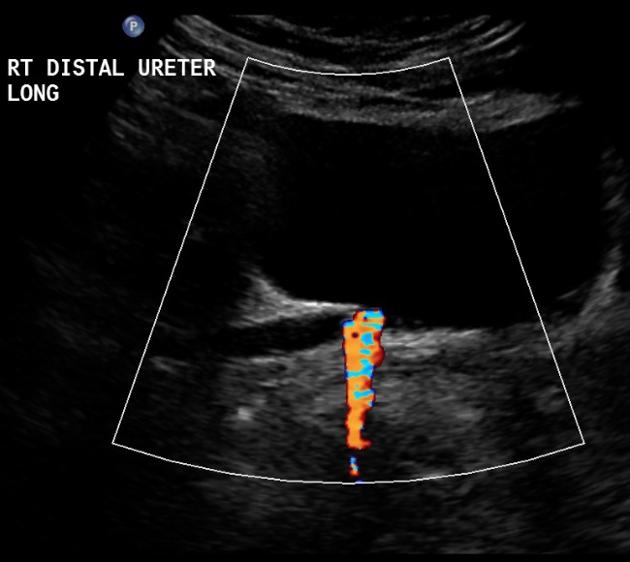 The use of color flow Doppler (CFD) or color Doppler imaging (CDI) (or simply color Doppler) sonography allows the visualization of flow direction and velocity within a user defined area. A region of interest is defined by the sonographer, and the Doppler shifts of returning ultrasound waves within are color-coded based on average velocity and direction.

In a manner similar to pulsed wave Doppler (PWD), color flow Doppler utilizes intermittent sampling of ultrasound waves thereby avoiding the range ambiguity characteristic of continuous wave Doppler (CWD). Pulsed wave Doppler, however, is limited to the interrogation of flow velocity and direction along a single line at a certain depth (defined by the sample volume or gate); Color flow Doppler simultaneously interrogates multiple sample volumes (with each pixel representing a sample volume) along an array of scan lines .

Information regarding the flow velocity and direction is arbitrarily color-coded and rendered onto a grey-scale (or M-mode) image. Flow that travels away from the transducer (negative Doppler shift) is depicted in blue, and flow that is traveling toward the transducer (positive Doppler shift) is depicted in red, with lighter shades of each color denoting higher velocities. A third color, usually green or yellow, is often used to denote areas of high flow turbulence. These colors are user-definable and may be reversed, however this is generally inadvisable as it may confuse later readers of the images.

When the Nyquist limit is reached, however, aliasing results in apparent flow direction occurring in the opposite direction to actual flow, a limitation shared with pulsed wave Doppler. The velocity at which flow aliases is further impacted by the transducer used and the depth at which one is insonating flow.

Color flow Doppler is used frequently in sonography to semiquantitate overall blood flow to a region of interest. Depiction of the general velocity and direction of blood flow within the heart and blood vessels is of primary importance in echocardiography and vascular ultrasound respectively. It also allows the generation of unique phenomena such as the fluid color sign or the twinkling artifact and allows the targeting of spectral Doppler for a quantitative assessment of blood flow .