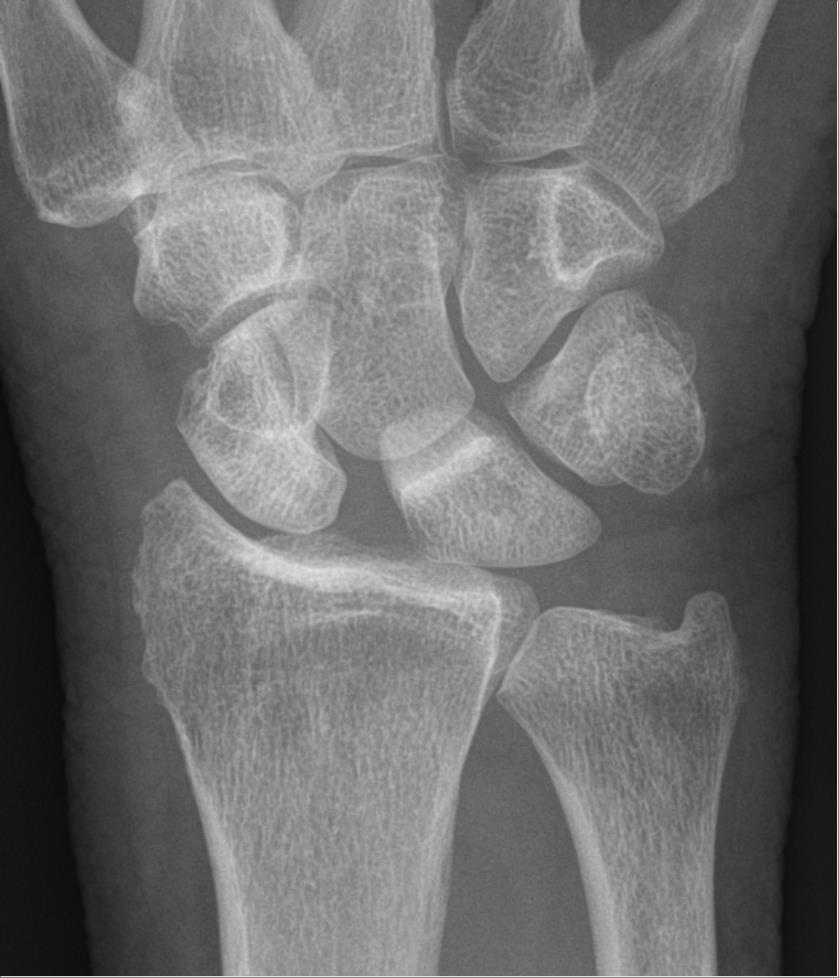 The Terry-Thomas sign refers to an increase in the scapholunate space on an AP radiograph of the wrist (or coronal CT). The increased distance indicates scapholunate dissociation (often with rotary subluxation of the scaphoid) due to ligamentous injury. There is no consensus as to what measurement constitutes widening, but a cut-off of 3 or 4 mm is reasonable in most cases.

The American orthopedic surgeon Victor H FrankelI named this sign after the well-known British comic Terry-Thomas (1911-1990), who had a frontal dental diastema (a visible gap between his two maxillary central incisors) .

Terry-Thomas gave permission for his name to be used. The comedian added the hyphen between his two names as he disliked being called Mr. Thomas, and it was more distinctive . In more modern times, the monikers David Letterman or Madonna have also been used for the sign, not least because many younger clinicians have never heard of Terry-Thomas.