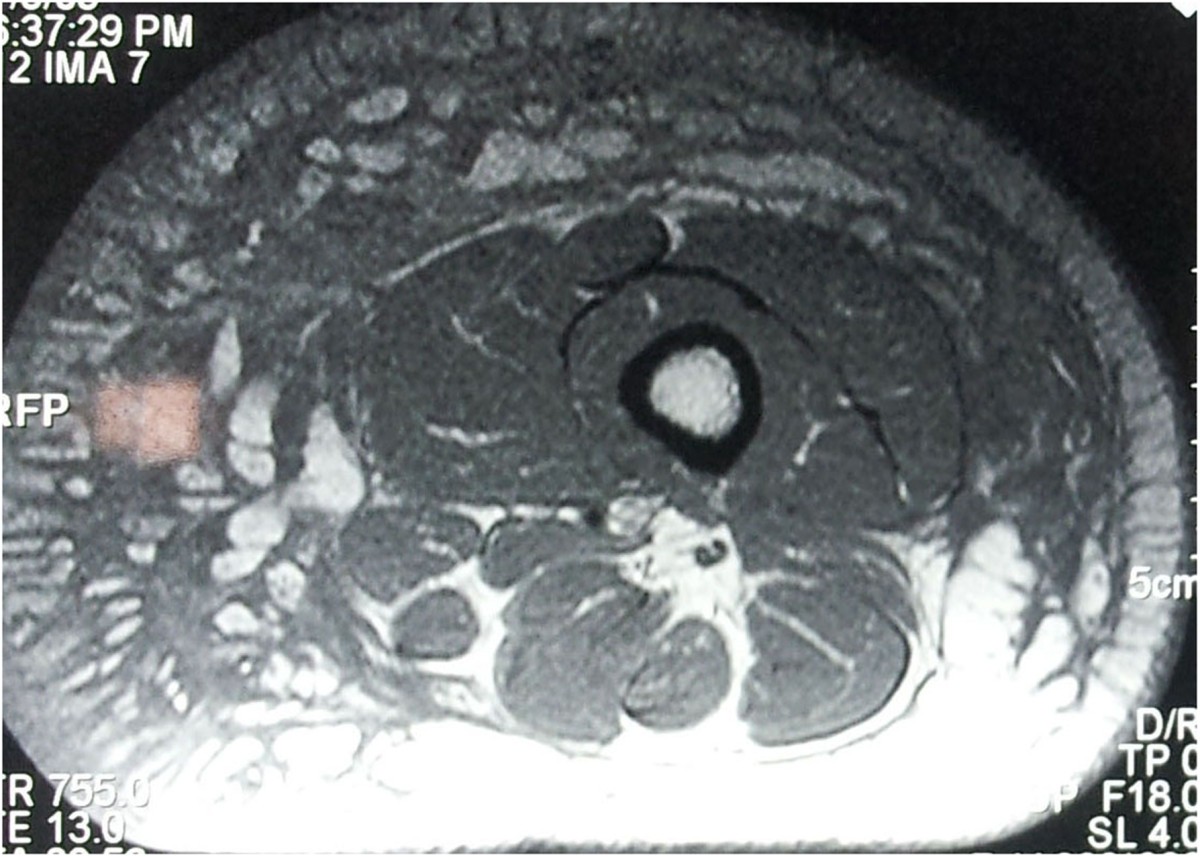 Unusual case
of recurrent thigh lump in a girl: a case report. Magnetic resonance imaging scan of the thigh showing thick septate mass arising from subcutaneous tissue of anterolateral and medial aspects of the thigh without any contrast enhancement-transverse section.
jmedicalcasereports.biomedcentral.com • CC-by-2.0 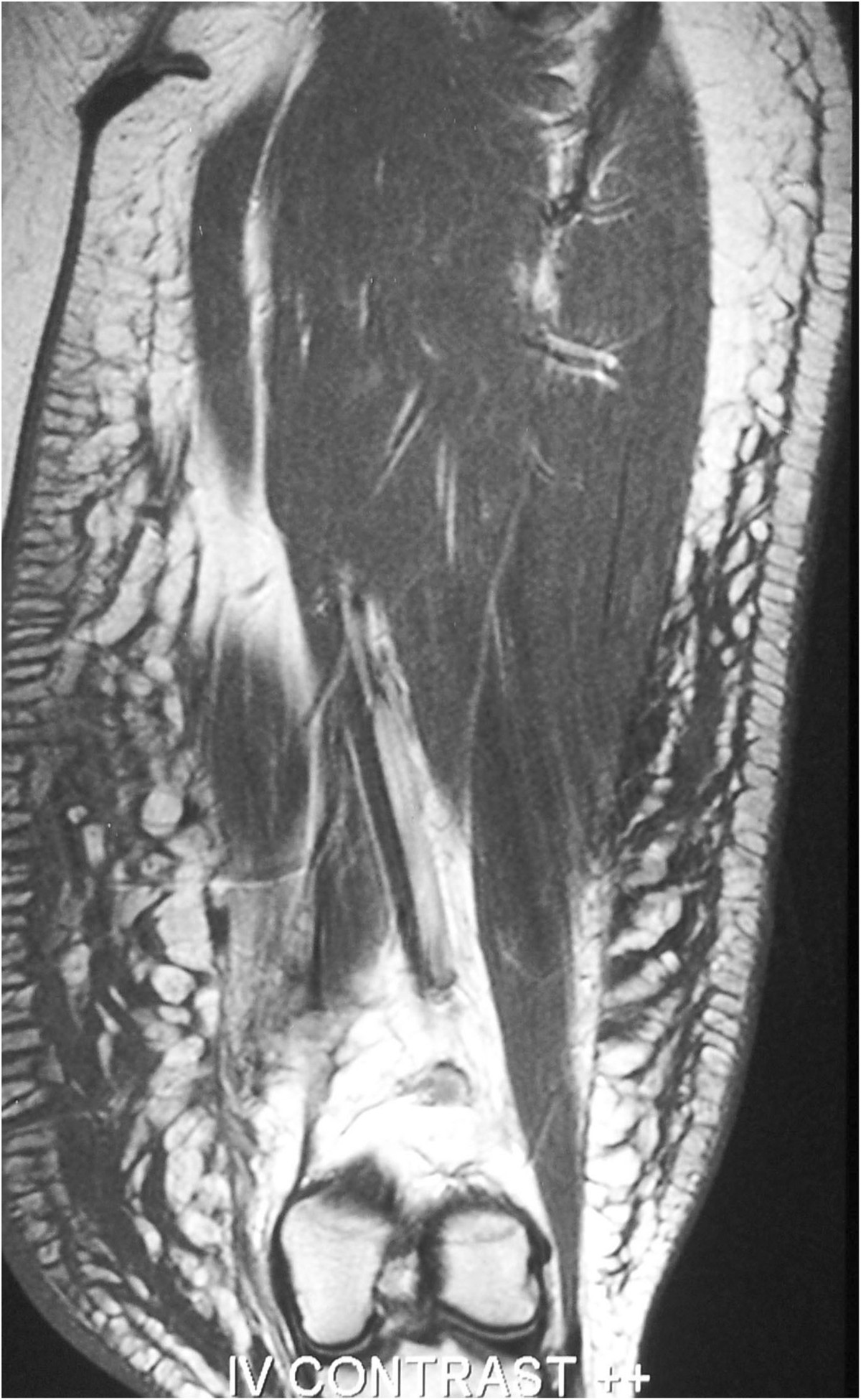 Lipofibromatosis refers to a rare unspecified/borderline slow-growing soft tissue tumor prone to recurrence, which is often found in the hands and feet of children.

Infantile or juvenile fibromatosis variant is an alternative term, which has been used but is now discouraged .

Lipofibromatosis is typically found in childhood. Approximately 20% of the cases are detected at birth and roughly 50% are diagnosed in the first year of life. There is apparently a predilection for the male gender .

Lipofibromatosis has been associated with macrodactyly of the foot .

The typical presentation of lipofibromatosis is a slowly growing subcutaneous mass .

Lipofibromatosis is an infiltrative soft-tissue tumor characterized by mature fatty tissue, fibrous fascicles made up of bland spindle cells and interposed fibroblasts, found between the first two tissue components .

The etiology of lipofibromatosis is unknown .

The most common location of lipofibromatosis is the subcutaneous tissues of hand and feet, though it can also involve skeletal muscle or occur at locations as the trunk or the head and neck region .

Microscopic features of lipofibromatosis include the following :

Immunohistochemistry stains usually express CD34, smooth muscle actin and CD99 and might be positive for S100 or vimentin. They are usually negative for desmin, keratin and β-catenin .

Ultrasound can be used as a screening tool for the assessment of lipofibromatosis and might reveal a poorly circumscribed soft tissue mass with an intermittent hyperechoic signal intensity corresponding to the lipomatous components .

MRI will display a non-specific, not well-demarcated tumourous mass with variable quantities of fibrous and fatty-tissue .

The radiological report should include a description of the following:

The management includes surgical excision with preservation of adjacent neurovascular structures, however, lipofibromatosis is characterized by a high local recurrence rate of up to 70%. There are no known metastases .

Lipofibromatosis was proposed as a separate entity in 2000 by Fetsch et al. , there were earlier descriptions e.g. in 1991 by Grogan et al. and in textbooks .

Conditions which can mimic the appearance of lipofibromatosis include: