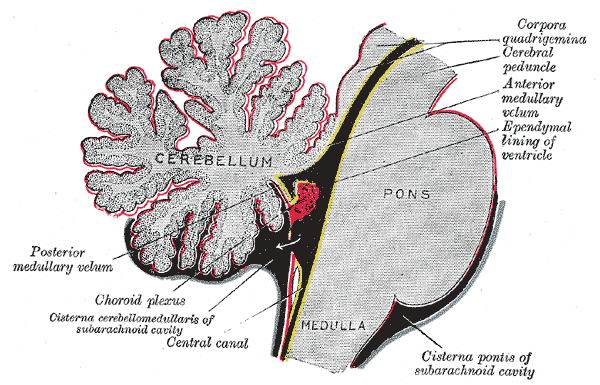 Scheme of
roof of fourth ventricle. The arrow is in the foramen of Magendie.
Wikipedia • Public domain
Hallo!
Radiopaedia • CC-by-nc-sa 3.0 • de

It is located in the midline in the inferior aspect of the roof of the fourth ventricle, caudal to the nodule of the cerebellum.

A Blake's pouch cyst is caused by a failure of regression of Blake's pouch secondary to the non-perforation of the foramen of Magendie .