microlithiasis of the testes 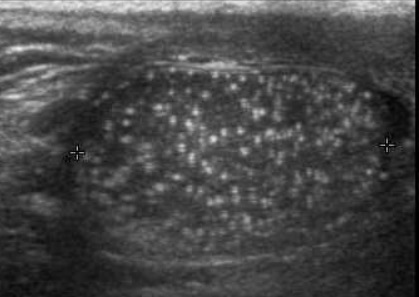 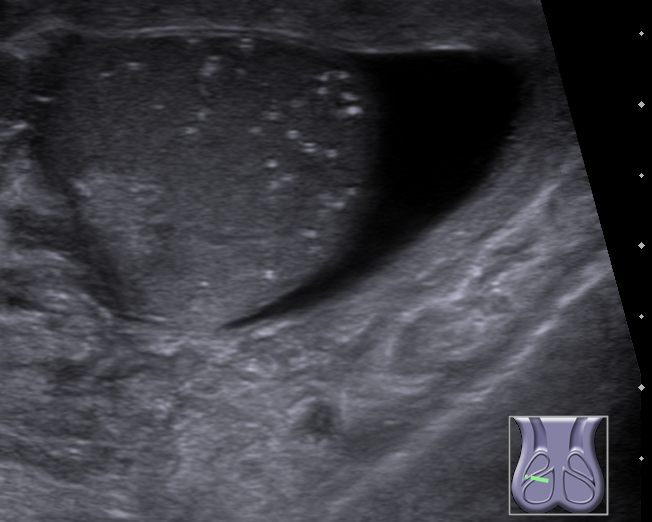 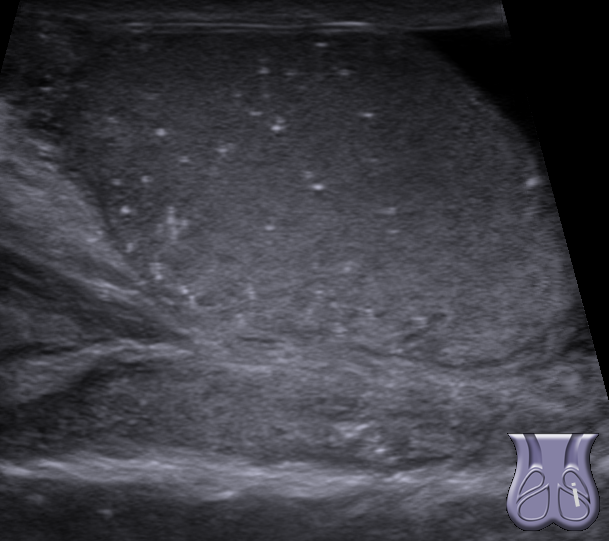 Testicular microlithiasis is a relatively uncommon condition that represents the deposition of multiple tiny calcifications throughout both testes.

The most common criterion for diagnosis is that of five microcalcifications in one testicle, although definitions have varied in the past. In the majority of cases, testicular microlithiasis is bilateral.

Testicular microlithiasis is seen in up to 0.6% of patients undergoing scrotal ultrasound. Some reports suggest that it may present in up to 5.6% of the general population between 17 and 35 years of age . Although testicular microlithiasis is present in ~50% of men with a germ cell tumor, it is very common in patients without cancer, and a direct relationship between the two has been debated.

Testicular microlithiasis per se is asymptomatic and is usually found incidentally when the scrotal content is examined with ultrasound, or found in association with symptomatic conditions.

Ultrasound is the modality of choice for examining the testes. Microlithiasis appears as small non-shadowing hyperechoic foci ranging in diameter from 1-3 mm. These foci, often uniformly sized, occur within the testicular parenchyma and although usually distributed uniformly, may be distributed peripherally or segmentally .

One classification scheme used on ultrasound, suggested by ESUR scrotal imaging guidelines is :

It is unclear if a grading system adds prognostic value, however, relative to follow up based on known risk factors.

Some publications advise routine self-examination rather than sonographic surveillance while others recommend annual ultrasound follow up when it is accompanied by other premalignant factors.

The European Society of Urogenital Radiology (ESUR) advises annual ultrasound follow-up until age 55, only if a risk factor for malignancy is present which include: