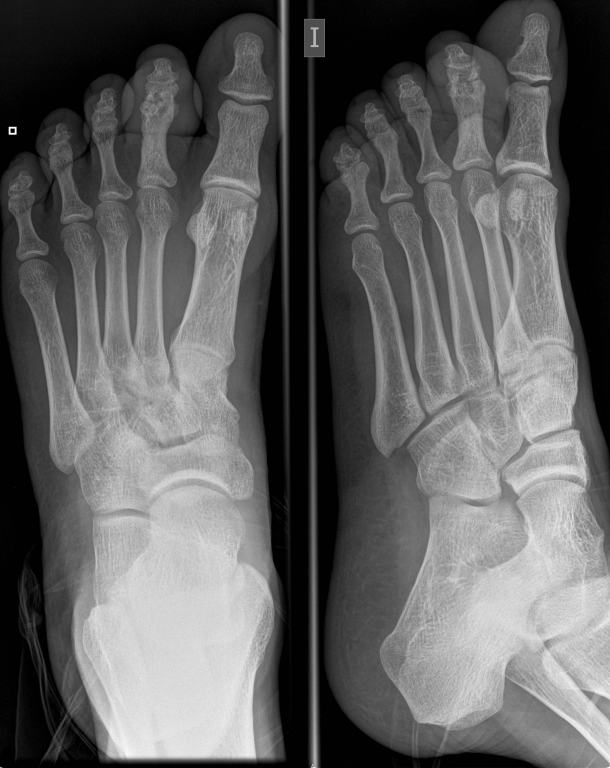 Mycetoma
foot. AP and oblique rx showed translucencies at the interphalangeal joint and moderate sclerosis of the second finger of the left foot.
www.eurorad.org • CC by-nc-sa-4.0 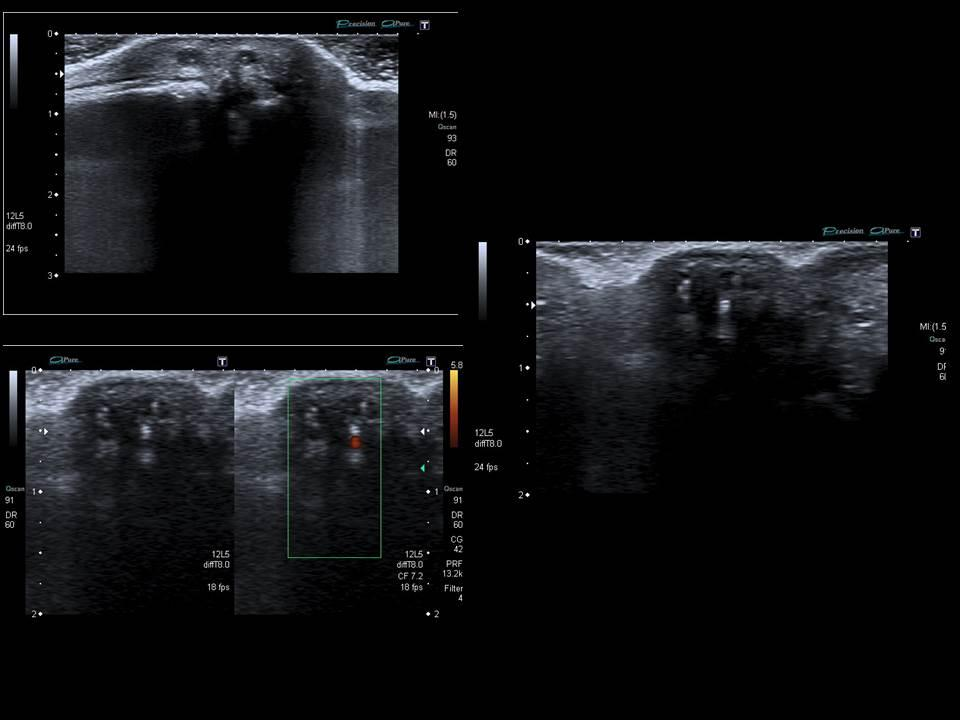 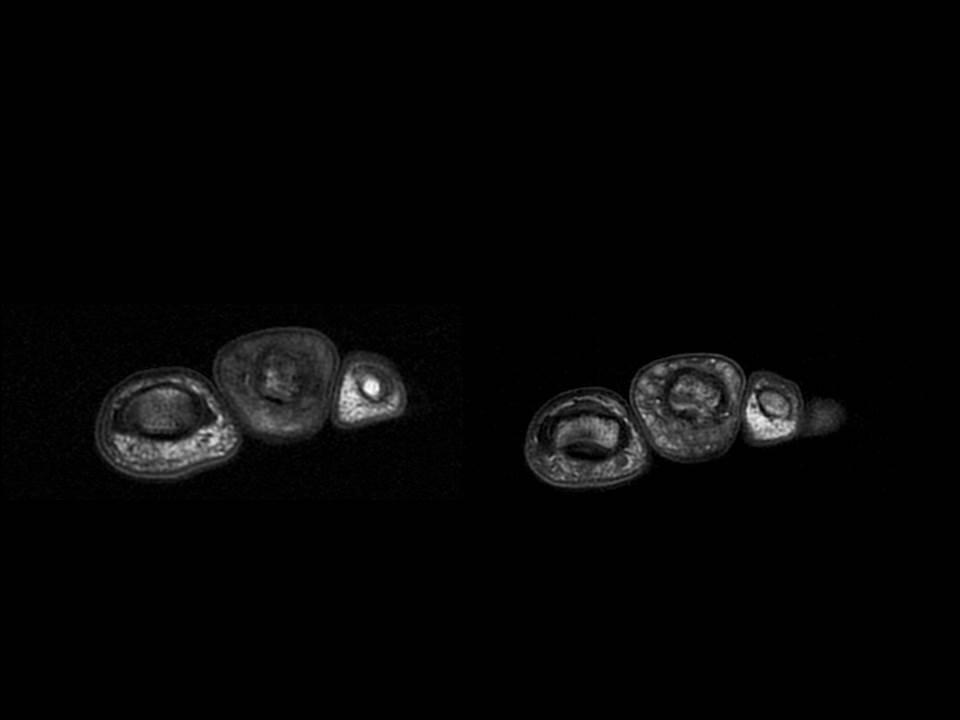 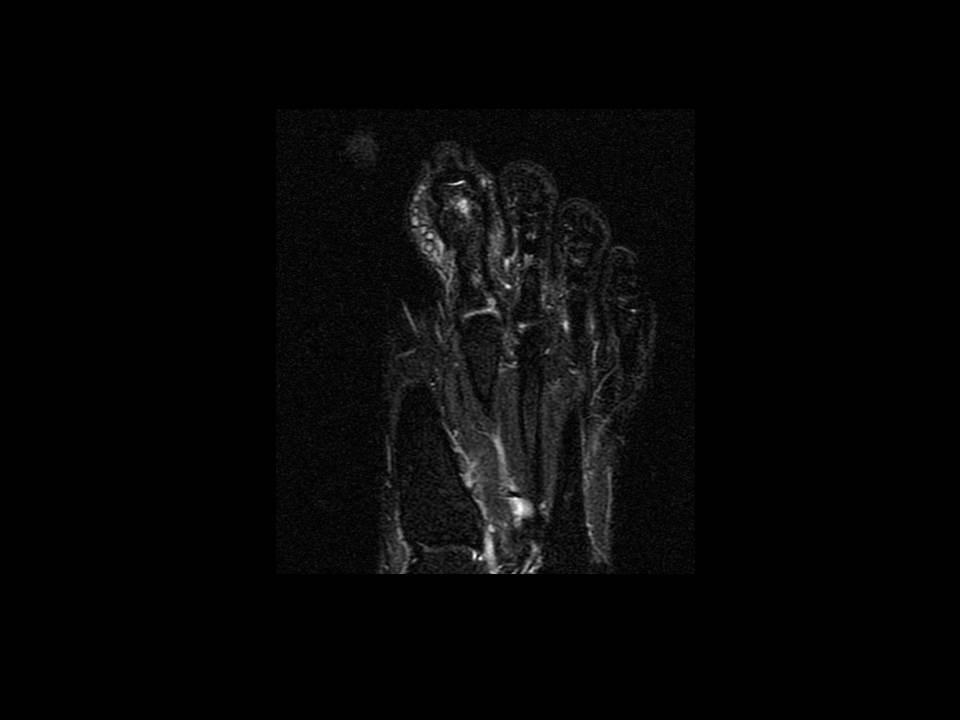 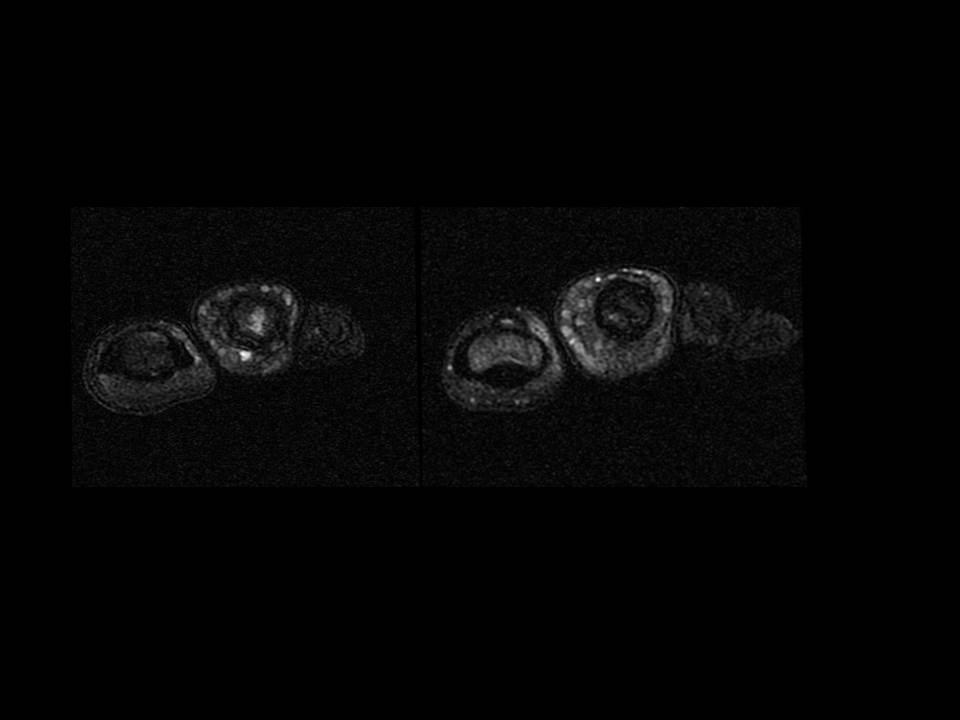 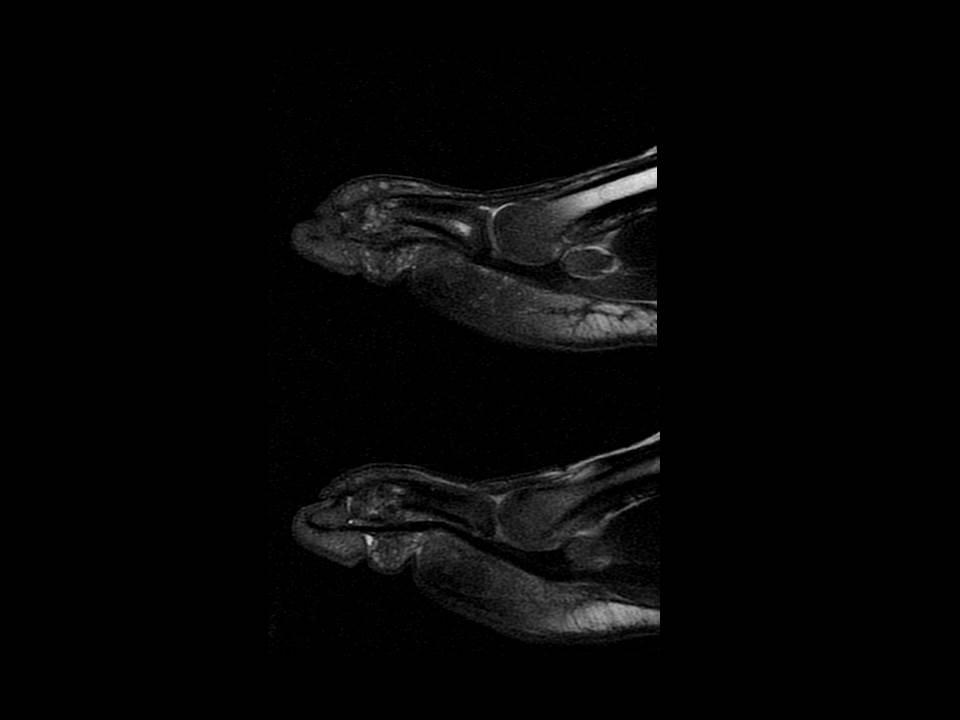 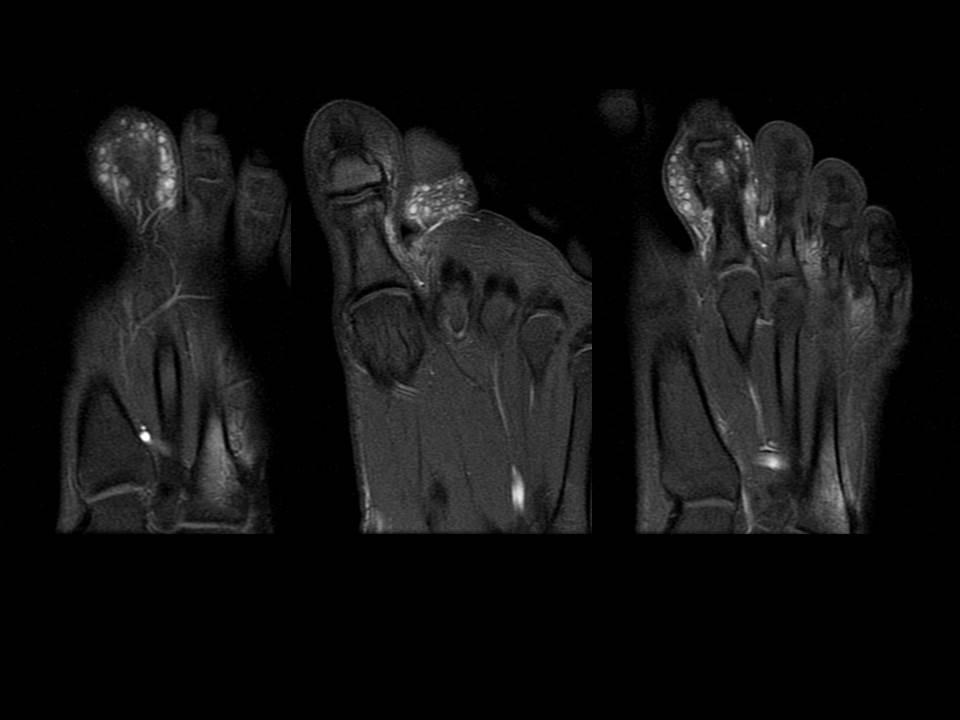 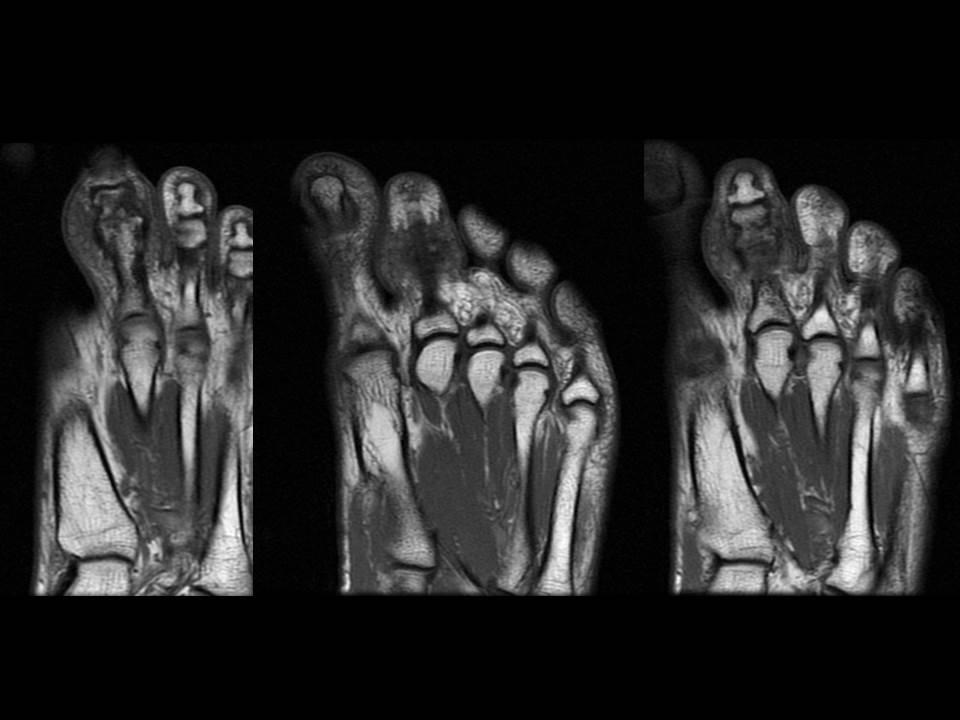 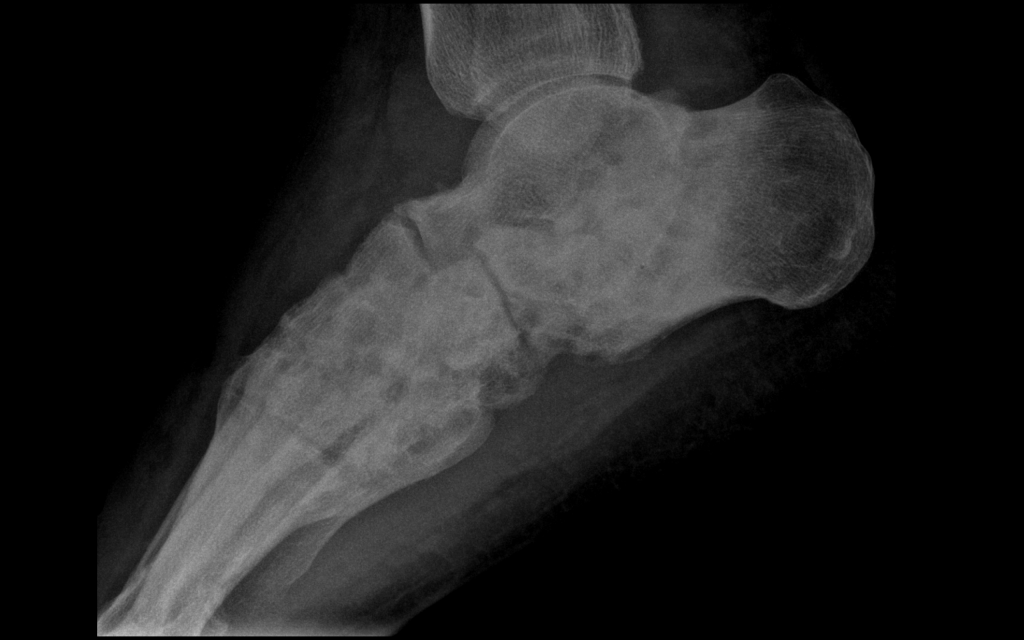 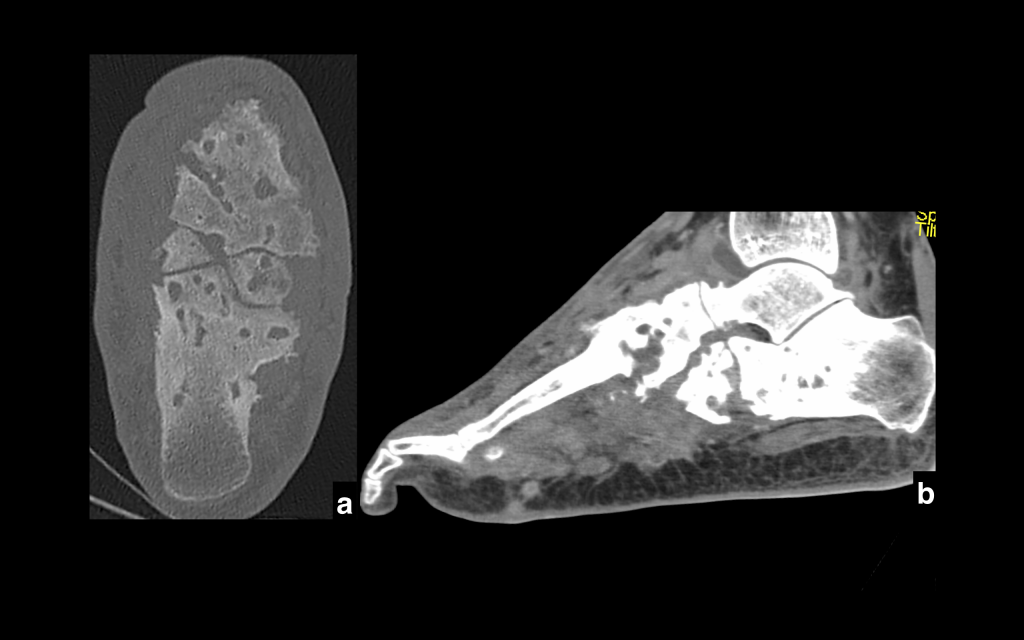 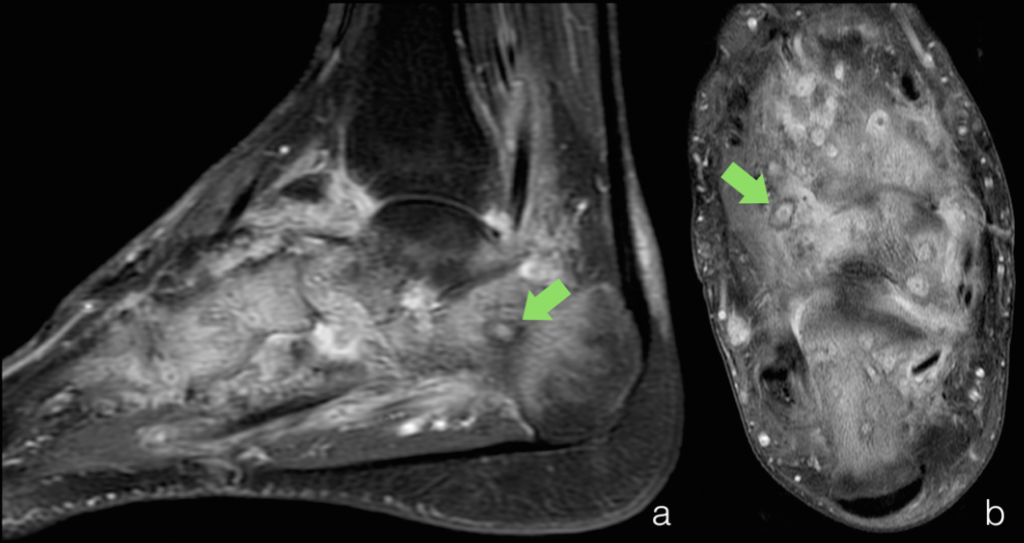 It is one of the 17 neglected tropical diseases defined by WHO .

Some authors incorrectly use the term to denote a fungus ball or conglomeration (e.g. aspergilloma), developing in a pre-existing cavity, most often lung cavities or paranasal sinuses.

The disease is not notifiable. It is neglected and the true prevalence is not known.

Distribution is worldwide. Endemic areas with the highest prevalence are seen in tropical and subtropical regions ("mycetoma belt"), including :

Most commonly affected are young adults, 20-40 years of age. There is male preponderance, explained by occupational exposure to outdoor environment (colonized soil and plants).  Infection may also occur in travelers to endemic areas unaware of or ignoring advices .

Given the slow disease progression, painless nature and low socioeconomic status of the most often affected patients, presentation is usually late. The classical triad of painless soft-tissue swelling, draining sinuses and purulent discharge is considered pathognomonic.

‎Common sites of initial or extended infection are ‎the extremities, back, and gluteal region.‎

Infection occurs by saprophytes colonizing soil or plants (see above), inoculating via a site of minor trauma, most often in the foot and facilitated by a lack of protective clothing or shoes (bare-footed).

Initial infection progresses to chronic granulomatous infection with development of the characterizing triad of abscesses, draining sinuses and discharging grains in its course. Opportunistic suprainfection and/or destruction of adjacent bony and visceral structures may also occur.

Usually infection remains localized but it may rarely disseminate and involve any organ .

Mycetomas are subdivided by their causative agents

Diagnosis is yielded by microscopic examination of grains (either in purulent discharges or by biopsy), which is essential to perform antimicrobial susceptibility testing for treatment options.