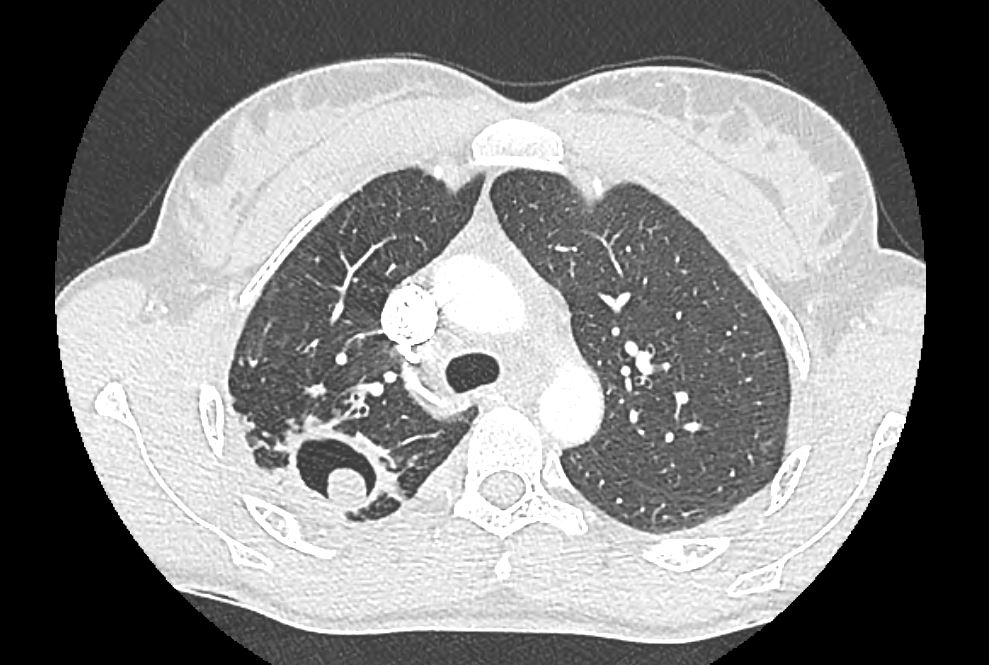 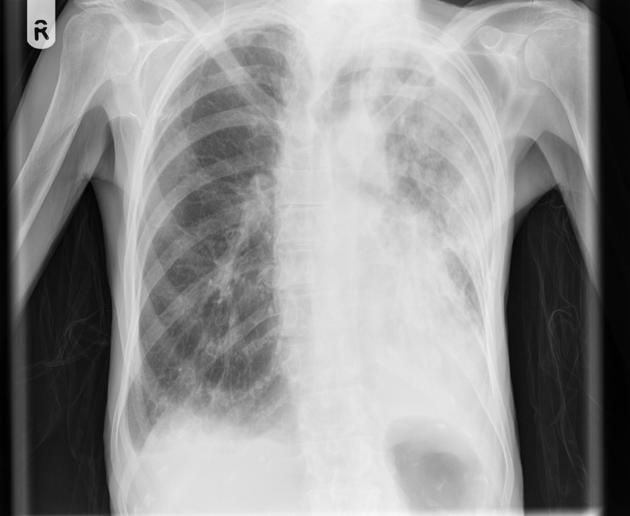 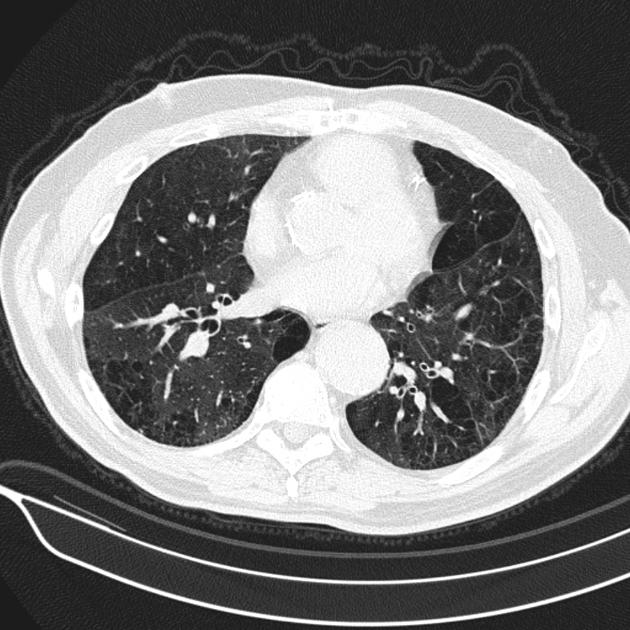 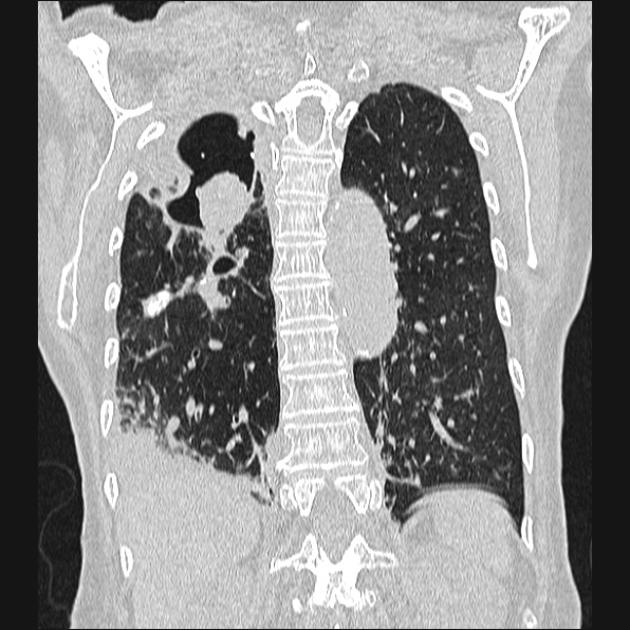 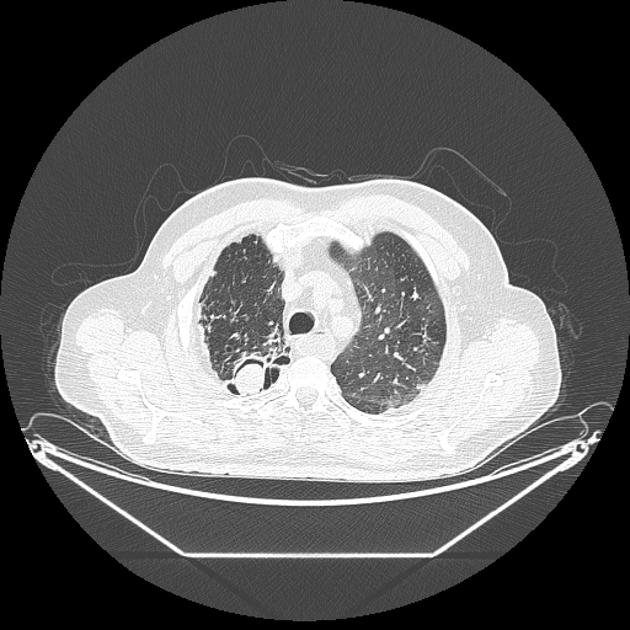 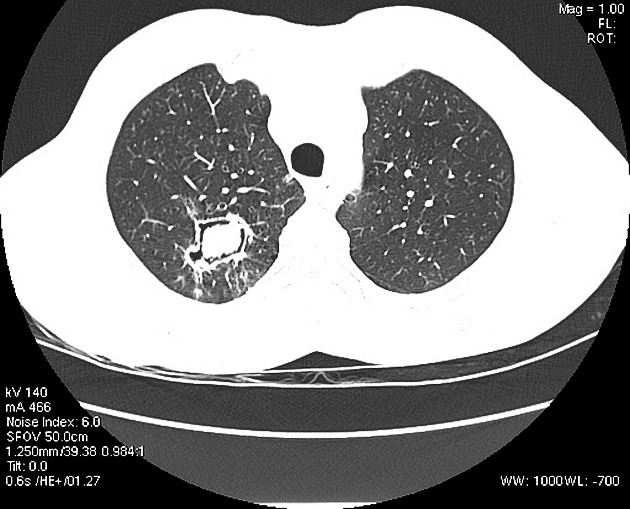 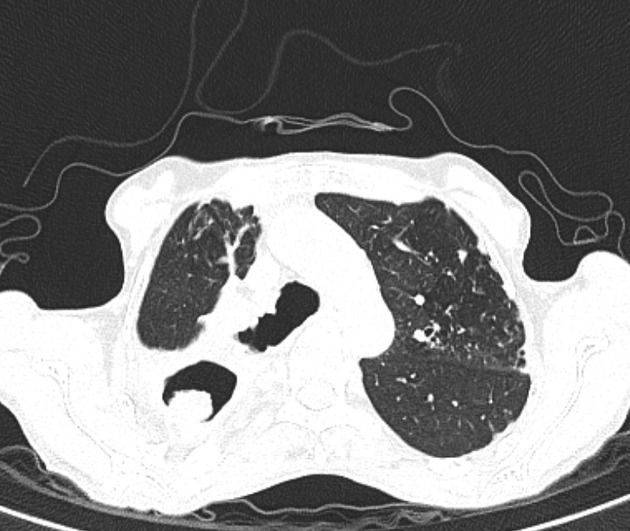 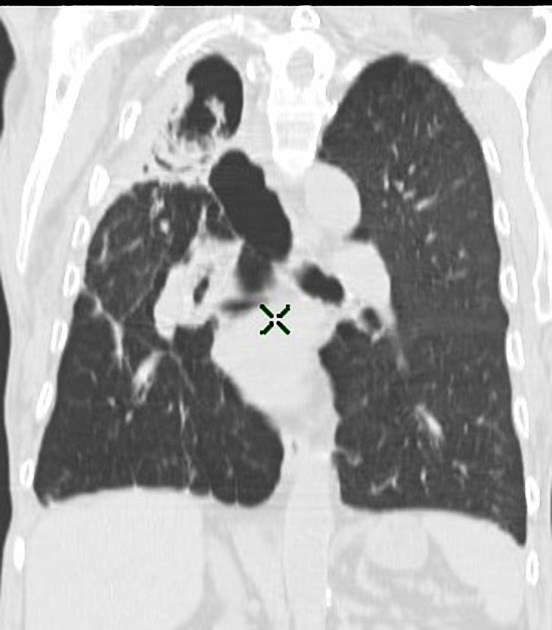 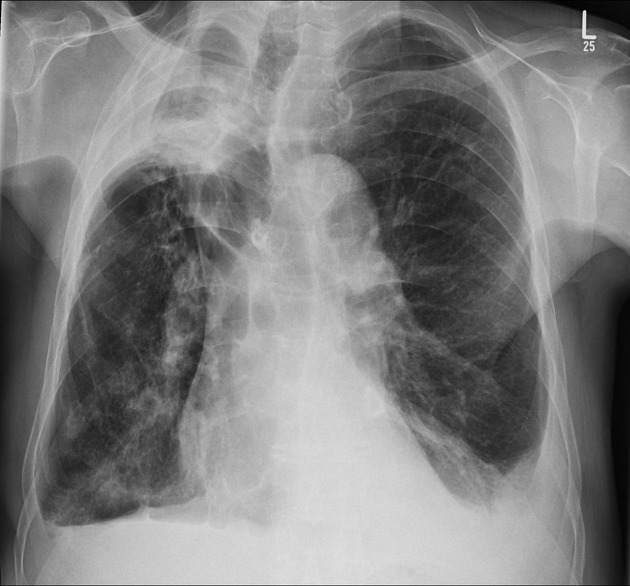 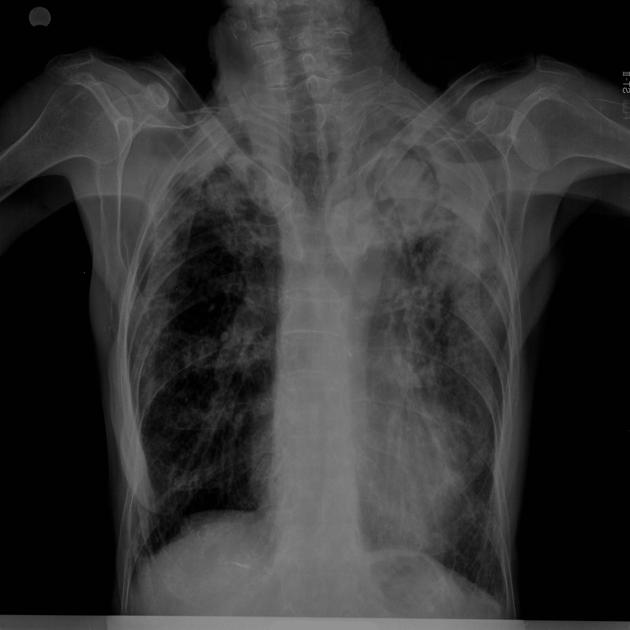 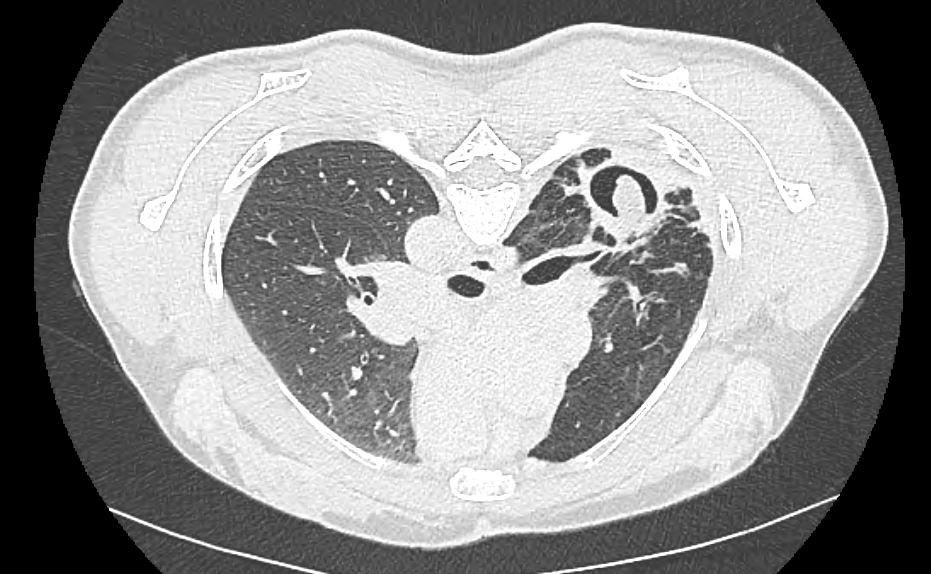 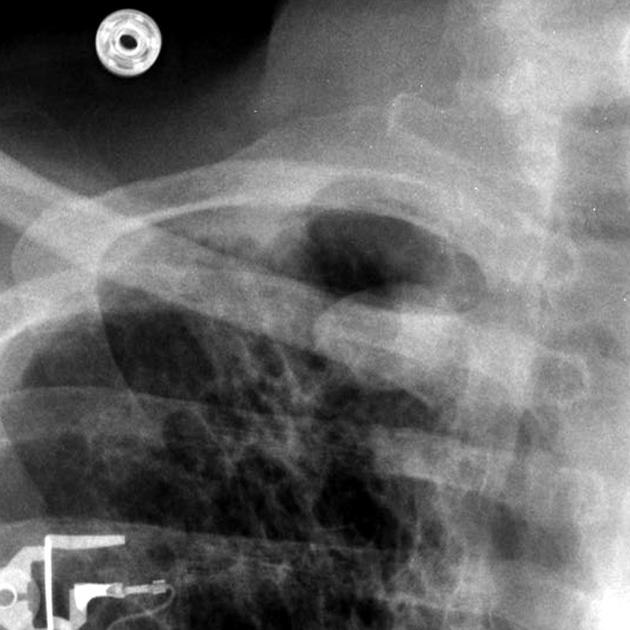 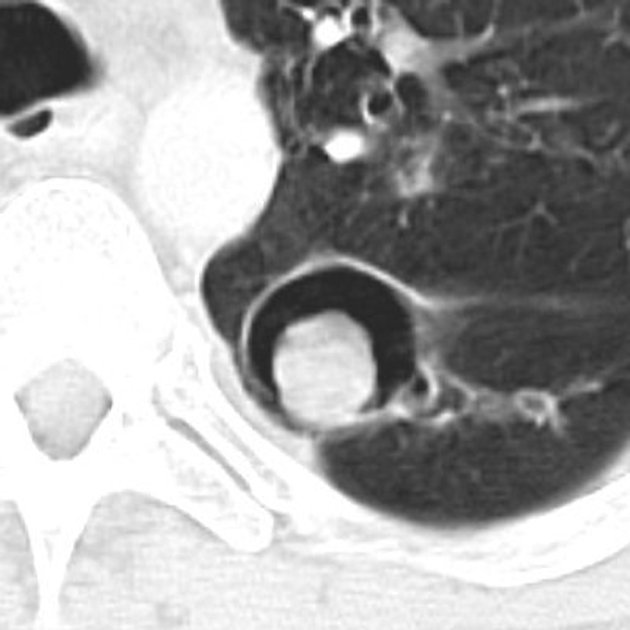 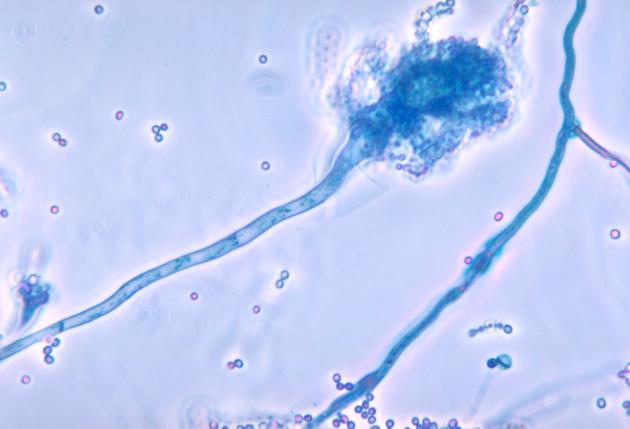 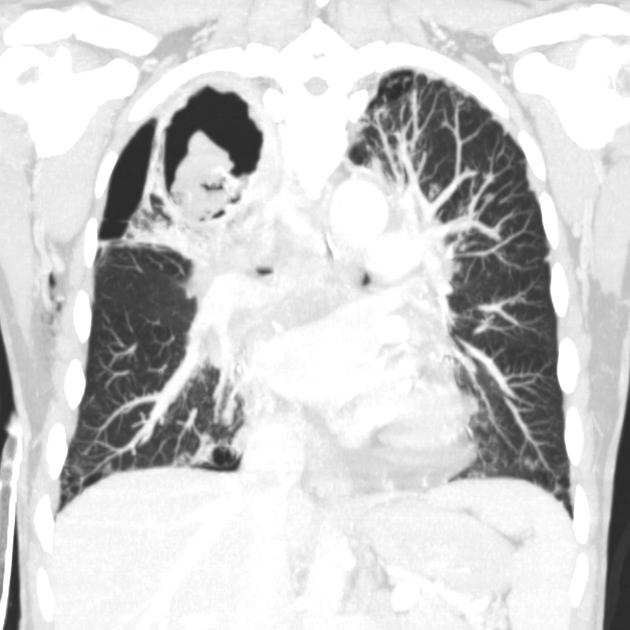 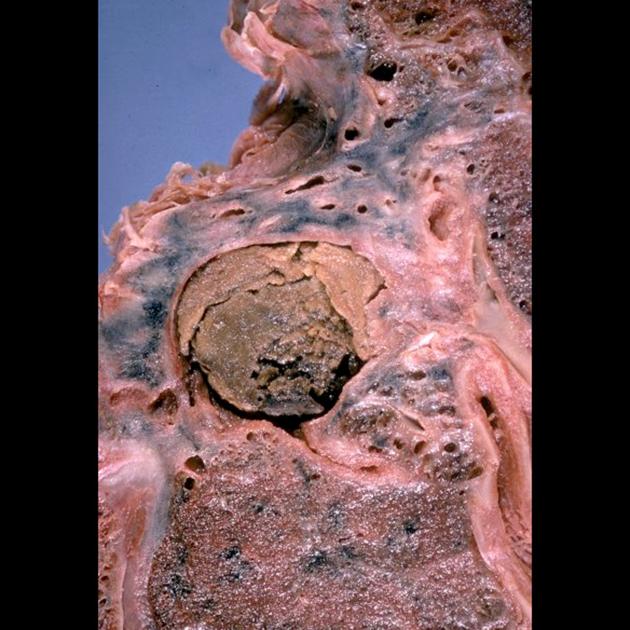 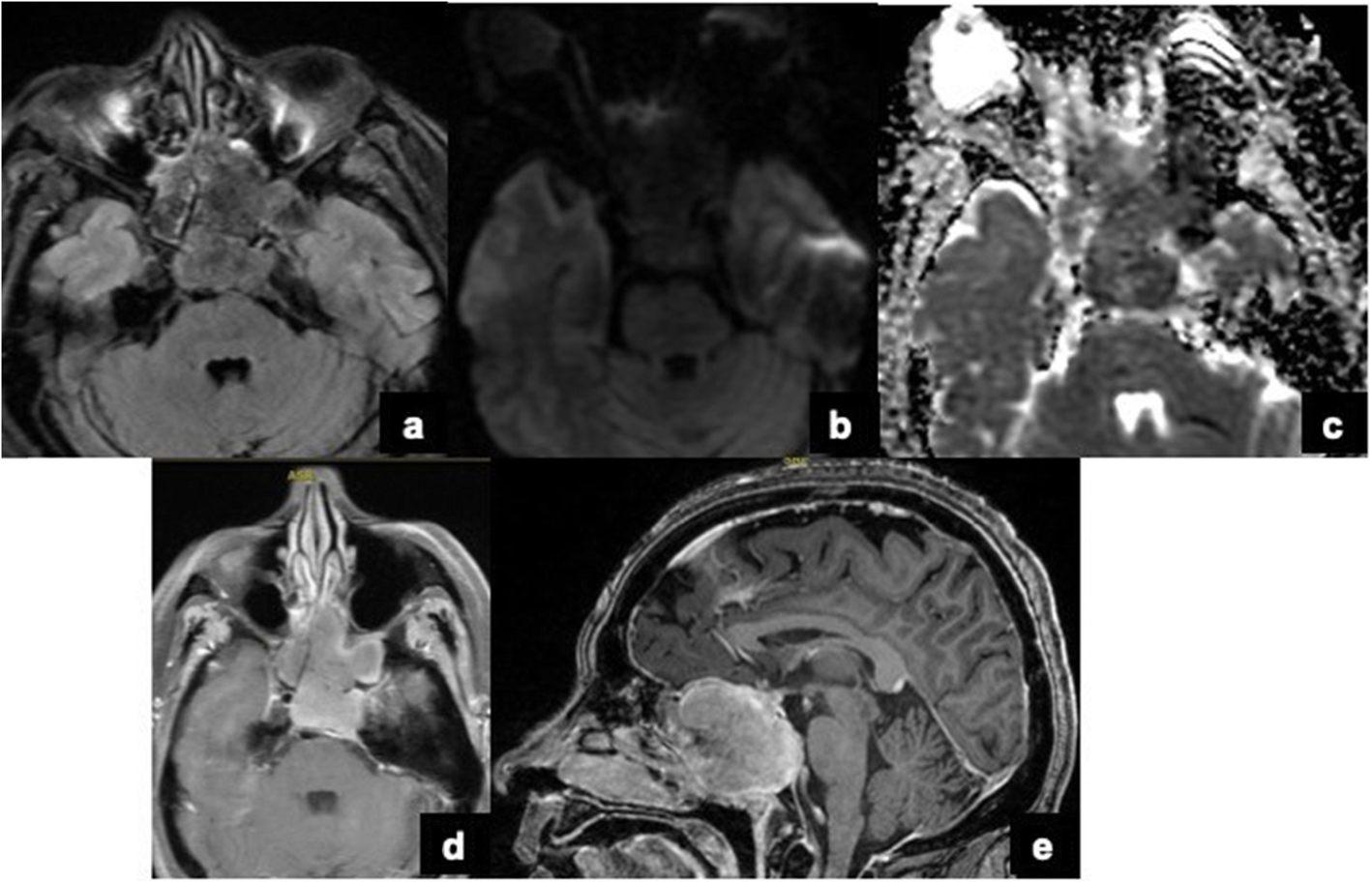 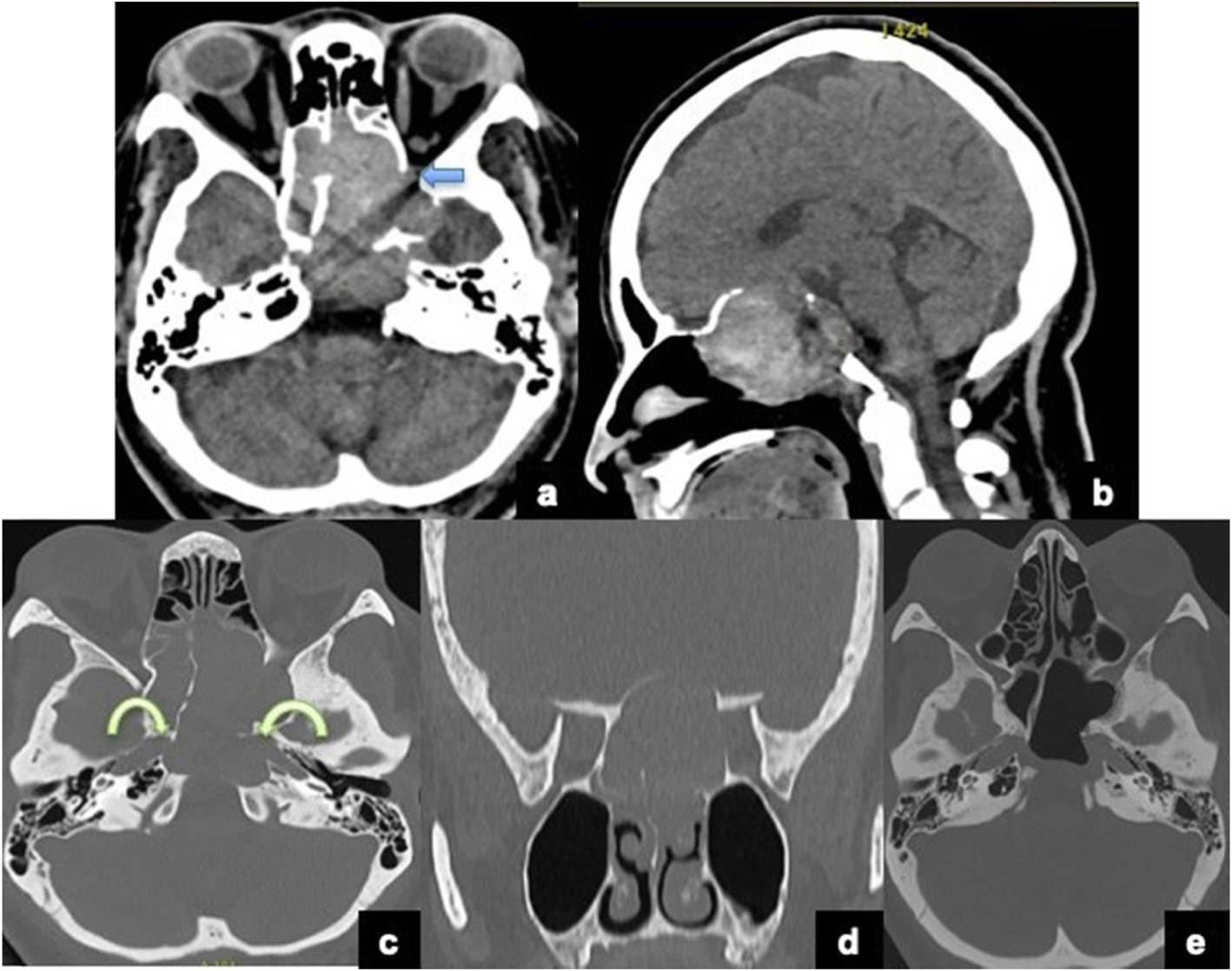 Although the term mycetoma is frequently used to describe these fungal balls, it is an incorrect term to use .

Aspergillomas occur in patients with normal immunity but structurally abnormal lungs, with pre-existing cavities. Demographics will, therefore, match those of the underlying condition, such as :

Most aspergillomas are asymptomatic. Occasionally due to surrounding reactive vascular granulation tissue, hemoptysis may be present. Occasionally, erosion into a bronchial artery may lead to life-threatening hemoptysis .

An aspergilloma is a mass-like collection of fungal hyphae, mixed with mucous and cellular debris, within a cavity, the walls of which demonstrate vascular granulation tissue .

An Aspergilloma can be seen on both plain film and CT as an intracavitary mass surrounded by a crescent of air. The term "air-crescent" is however really seen in recovering invasive pulmonary aspergillosis. It is wrongly used by many to describe the air around an aspergilloma. The correct term to describe the crescent of air is the Monod sign in the setting of aspergilloma developing in a pre-existing cavity, although it is less widely recognized.

Aspergillomas typically appear as rounded or ovoid soft-tissue attenuating masses located in a surrounding cavity and outlined by a crescent of air (see: Air crescent sign) . Altering the position of the patient usually demonstrates that the mass is mobile, thus confirming the diagnosis.

Appearances are those of a well-formed cavity with a central soft-tissue attenuating rounded mass surrounded by a crescent of air (Monod sign). The mass is typically spherical or ovoid. On different positioning of the patient, the mass can be shown to be mobile. On occasion the mass may entirely fill the cavity, thus taking on the shape of the cavity, obliterating the surrounding air crescent and no longer being mobile .

Calcification is not uncommon, which can range from none to heavy. Due to the inflammation and vascular granulation tissue formation, the bronchial arteries supplying the wall can sometimes be seen as markedly enlarged .

The adjacent pleura may well be thickened.

An asymptomatic aspergilloma does not necessarily require treatment, and the cavity is essentially isolated from any systemic administration of antifungal .

In the setting of brisk hemoptysis, angiography may be performed on an emergency basis and selective bronchial artery embolization can be life-saving. Failing this, or in cases of repeated hemoptysis, surgical excision with a lobectomy remains the gold standard .

The mortality rate varies widely, but in more recent series is low, even where requiring surgery .

When classical in appearance there is little differential. If the mass fills the cavity completely then the differential is that of a solitary pulmonary nodule.