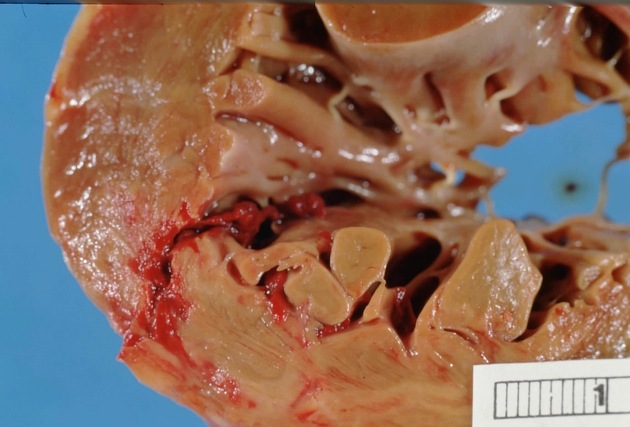 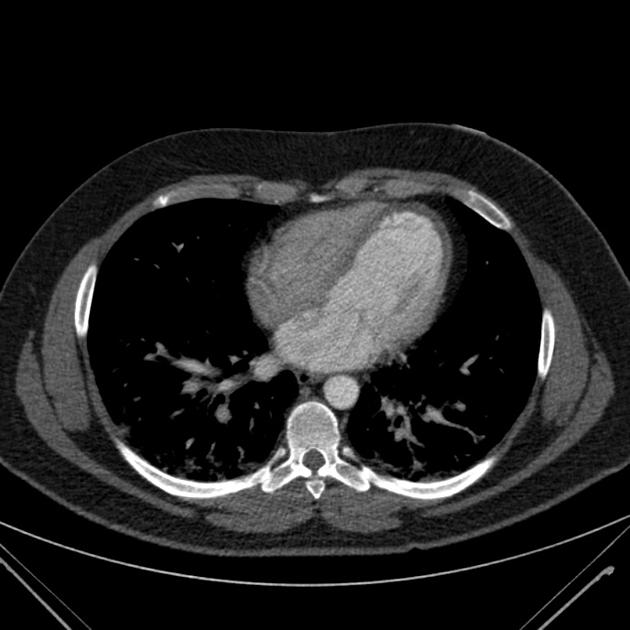 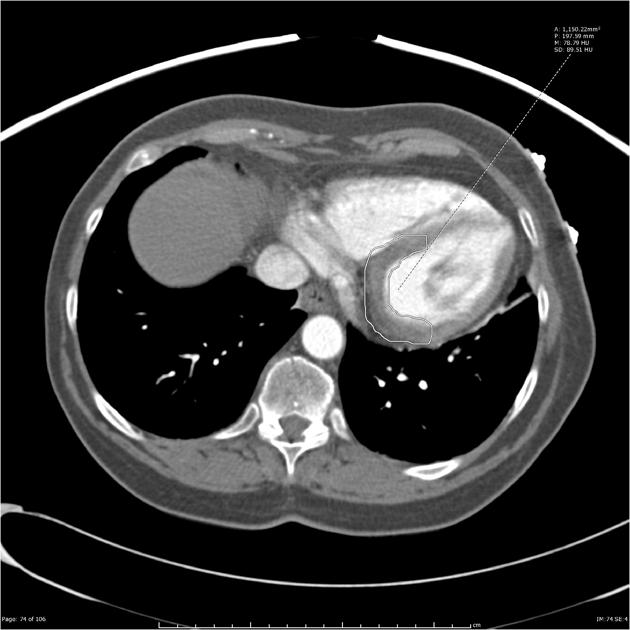 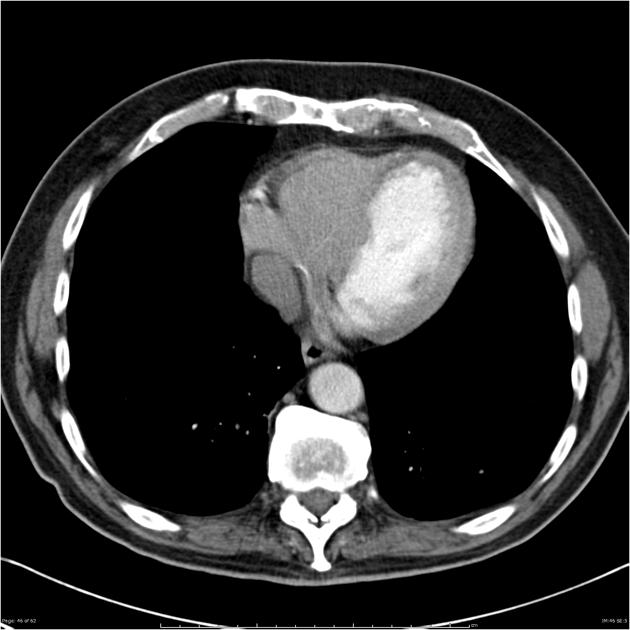 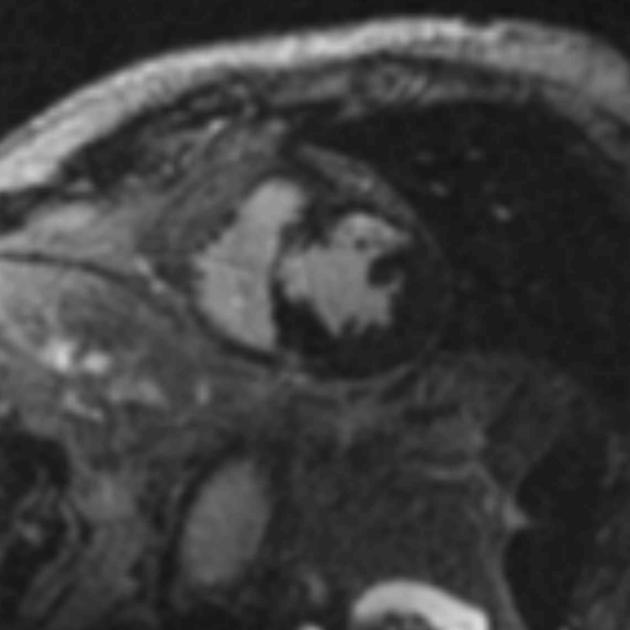 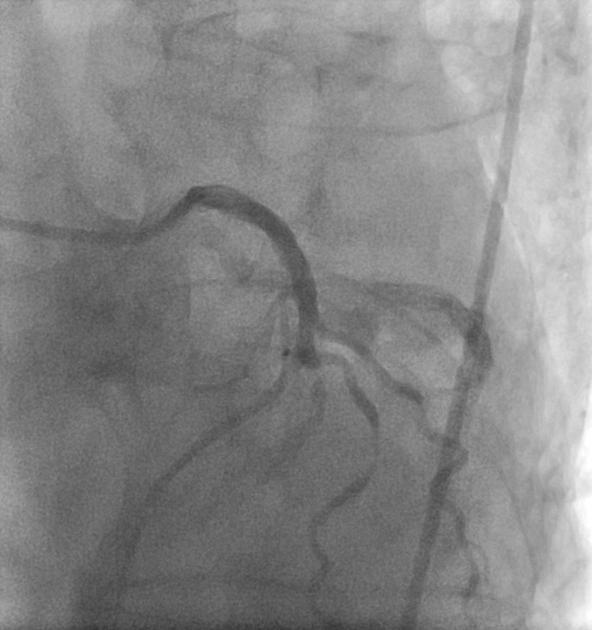 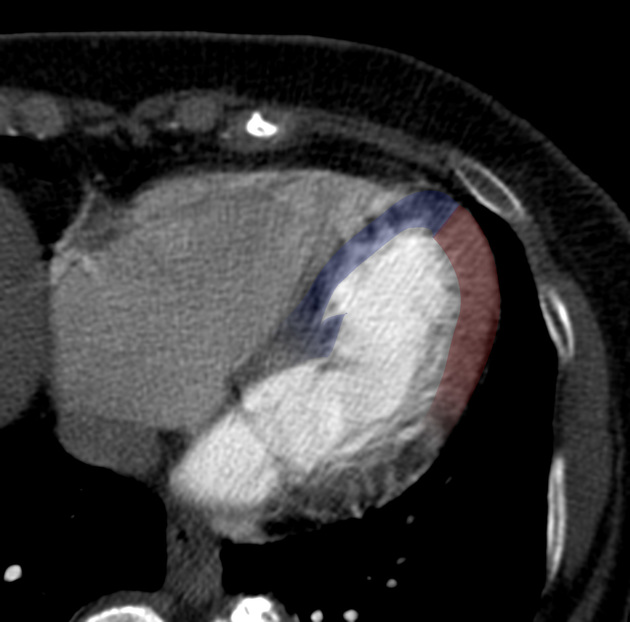 Myocardial infarction (MI), an acute coronary syndrome, results from interruption of myocardial blood flow and resultant ischemia and is a leading cause of death worldwide.

Findings on the ECG depending on the coronary artery involved. In a typical right dominant system, classic patterns include:

Coronary artery disease with rupture of an atherosclerotic plaque resulting in occlusion (local thrombosis/dissection) is the major cause of myocardial infarctions. Other causes include :

The most commonly used method of classification is as follows:

Secondary tests such as nuclear medicine (hot sestamibi) and echocardiography (localized hypokinesis) are used to aid in the diagnosis in some patients.

Given various advances in cardiac imaging such as:

CT scanning has the potential to play a central role in the investigation of chest pain. Apart from being able to detect large territory infarcts on coronary CT angiography (CTA), CT has the added advantage of being able to diagnose other causes of chest pain (e.g. pulmonary embolism, aortic dissection, pneumonia), in a protocol known as “triple rule-out” CTA.

Useful in excluding other causes of chest pain, e.g. pneumonia. Less useful in the direct diagnosis of myocardial infarction. The cardio-mediastinal contours are usually normal. One may occasionally see signs of heart failure.

Most of the studies evaluating the usefulness of CT imaging have used 64 multislice CT scanning with ECG gating to assess the lumen of coronary arteries. Using this technique, a sensitivity of 92% and specificity of 76% was achieved, even in patients who were initially ECG and troponin negative .

Some institutions are using this protocol that examines for not only coronary artery disease, but also aortic dissection, pulmonary embolism, and other chest diseases. While there is a consensus about this protocol offering advantages in evaluating emergency department patients presenting with symptoms consistent with an acute coronary syndrome, there is an ongoing debate about proper indications. It should not be used routinely and lacks demonstration of increasing efficiency of resource use .

In patients who have established coronary artery narrowing, CT perfusion can be used to predict the significance of the luminal narrowing as well as predicting post-infarction myocardial viability/salvageability .

An established myocardial infarct would manifest with:

Infarct scars can mimic acute myocardial infarcts as they demonstrate a similar enhancement pattern; however, old infarcts are often associated with myocardial thinning and contour abnormality (bulges away from ventricle), useful distinguishing features.

One study has assessed the utility of non-ECG-gated 16 slices CT pulmonary angiogram in detecting myocardial infarct. This method suffers from a few problems. Firstly, the relatively early (cf. with CT aortogram/coronary angiogram) phase results in non-homogeneous enhancement of the myocardium. Secondly, streak artefact (consider saline chaser) from the undiluted contrast in the SVC/right atrium caused "pseudo areas" of reduced myocardial attenuation. Thirdly, movement artefact from the beating heart caused areas of increased/decreased attenuation. Despite these problems, this study published optimistic figures of 66.6% (sensitivity) and 91.4% (specificity) .

Approaches using dual-energy CT to visualize late myocardial enhancement as a marker for scars showed only a limited diagnostic value in comparison to MRI .

Recent advances in MRI have made it possible to assess myocardial infarction in patients with acute chest pain as well as those with subacute or chronic disease. Using different MR signals and techniques provides valuable information on assessing the scar tissue as well as salvageable myocardium.

In the acute phase of infarction, myocardial edema can be seen as T2 weighted high signal regions. It has been shown that these regions are salvageable. These segments of the myocardium are called "myocardium at risk".

Perfusion MRI at rest and during a vasodilator stress administration using a ‘first-pass' technique shows a signal increase in normal myocardium. Enhancement is limited in ischemic myocardium.

Myocardial scar tissue can be identified using late gadolinium enhancement (LGE) images and is useful in differentiating infarction (subendocardial or transmural) from non-infarcted myocardium or other non-ischemic cardiomyopathies and infiltrative diseases.

In those who have had a myocardial infarct, PET/MRI can be used to identify patients with potentially viable/salvageable myocardium that may be a candidate for revascularization therapy (stunned myocardium or hibernating myocardium).

The first manifestation of the ischemic cascade detectable by echocardiography is diastolic dysfunction, preceding derangement of systolic function. Other features suggestive of myocardial ischemia in an appropriate clinical context include: