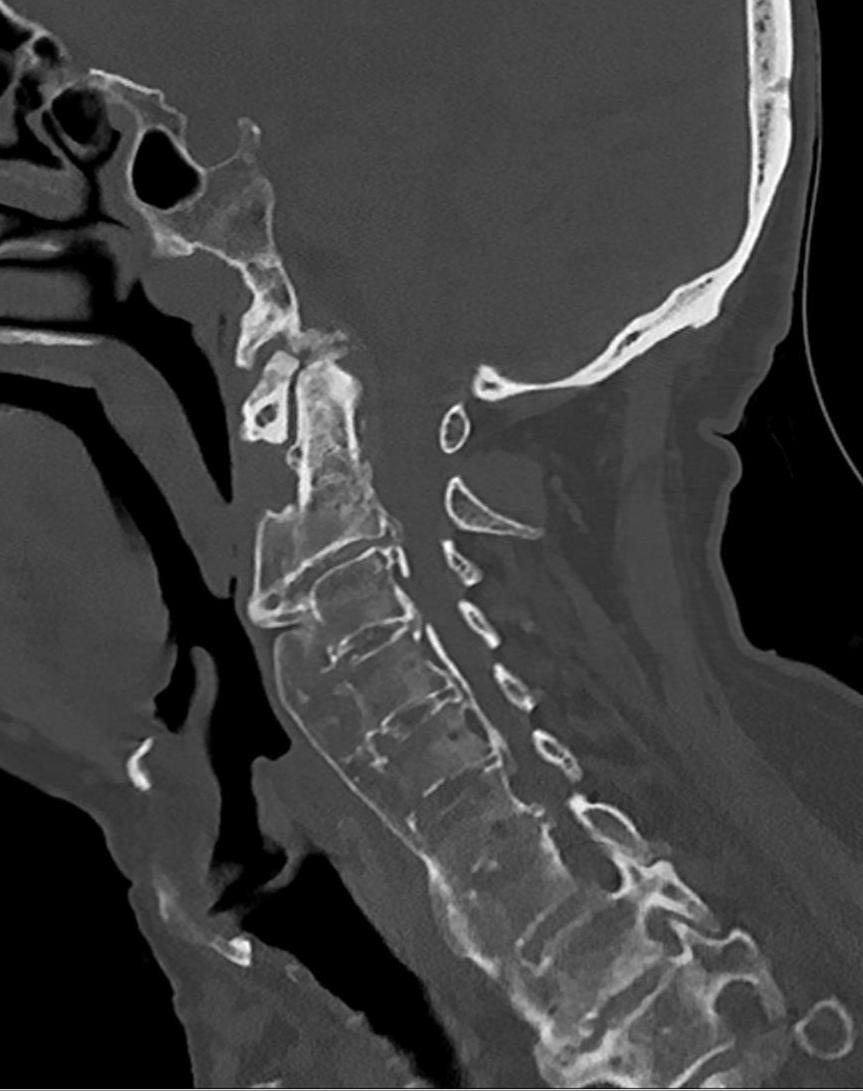 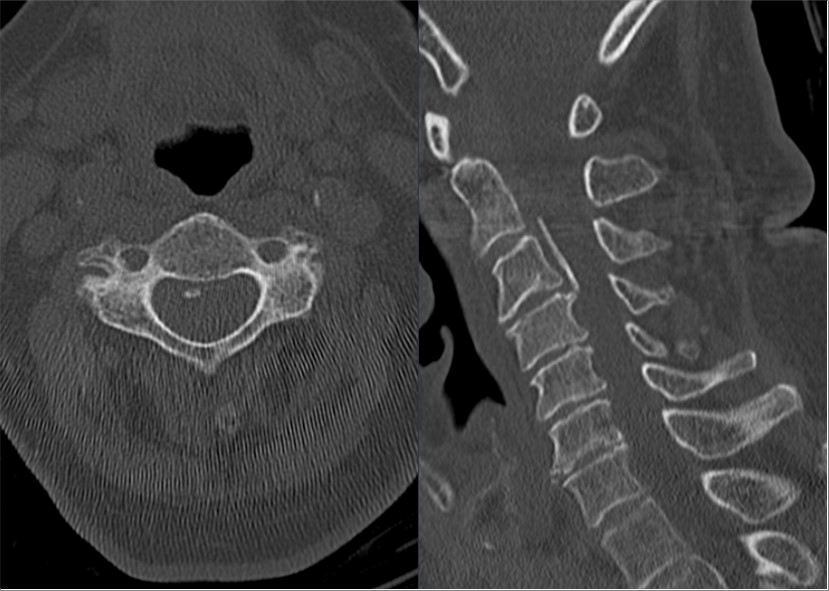 There is a recognized greater prevalence in males and in the elderly . There is also considerable racial variation:

OPLL is twice as common in men compared with women.

Patients may be asymptomatic, or have evidence of radiculopathy and/or myelopathy . If present, symptoms usually manifest in the 4-6 decades of life .

The exact pathogenesis of OPLL is rather unclear .

OPLL is often associated with several other entities:

DISH may be seen in up to 12% of elderly male Caucasians, with OPLL seen in about half of these, suggesting the incidence among Caucasians may be higher than the figures above.

This typically seen in the mid cervical spine and results in central canal stenosis, predisposing the patient to cord injury from minor trauma:

T2-weighted sequences are considered the most effective in the evaluation of spinal cord compression due to both the ossification and abnormal signal intensity of the spinal cord .

Management can range from conservative to surgical removal. Surgical options can include an anterior, posterior or combined approach. An anterior approach (e.g. plated multilevel anterior discectomy and fusion, anterior cervical corpectomy with fusion) may provide more direct decompression and best improve myelopathy, although may cause greater soft-tissue morbidity. Posterior approaches (e.g. laminectomy and fusion and laminoplasty) may be better tolerated in older patients.