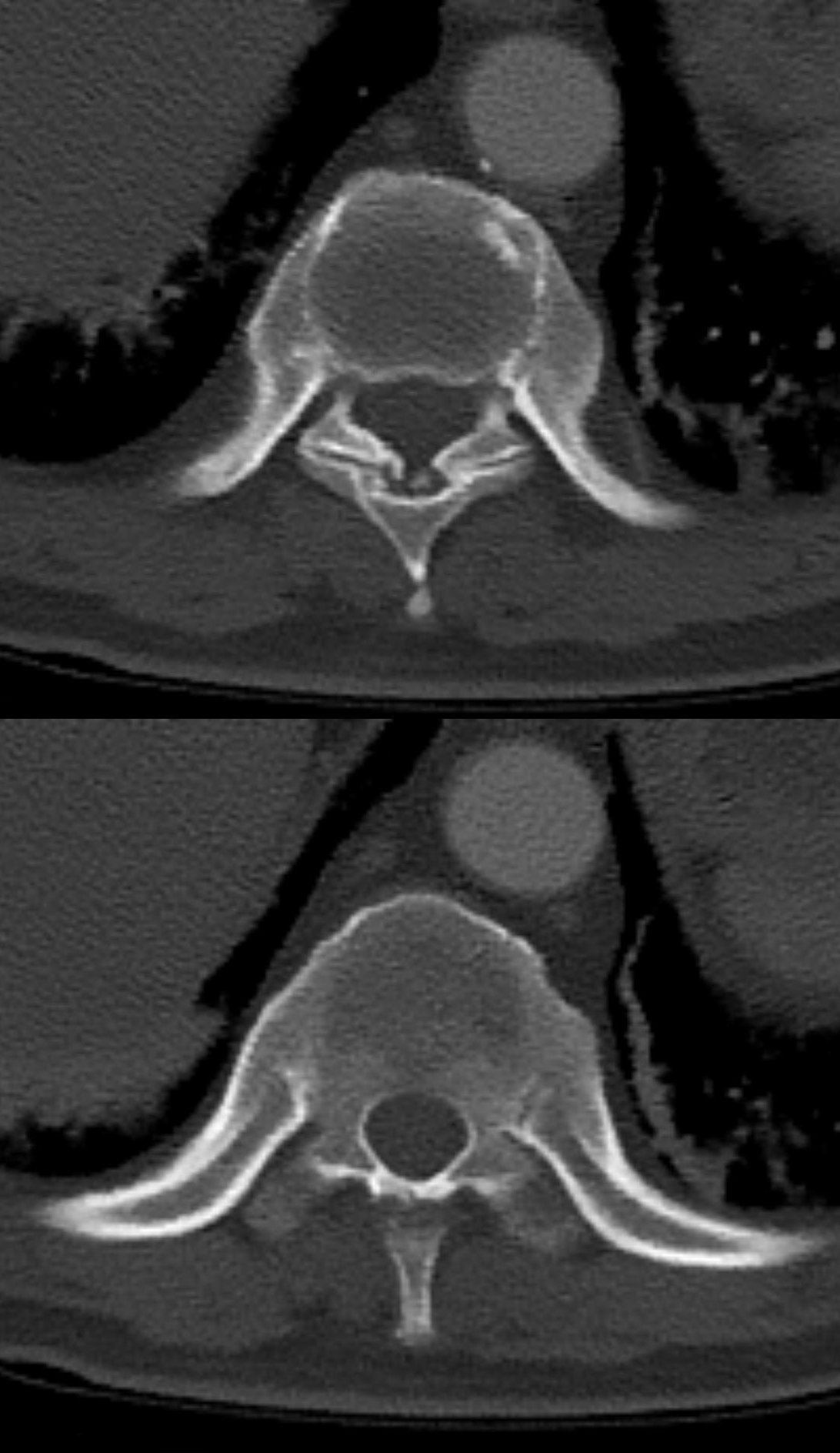 Ankylosing spondylitis (less commonly known as Bechterew disease or Marie Strümpell disease) is a seronegative spondyloarthropathy, which results in fusion (ankylosis) of the spine and sacroiliac (SI) joints, although involvement is also seen in large and small joints.

Traditionally it was thought there was a male predilection of 3:1 or more, however the gender predilection of the disease is a matter of recent debate and research (females may be under-diagnosed). According to some research men tend towards more severe disease . The disease usually manifests in young adults, with the first symptoms becoming evident in the third decade, although up to 18% of cases manifest in the second decade.

Patients are rheumatoid factor (RF) negative, hence seronegative. HLA B27 is the gene with the strongest association. Other possibly contributing genes include ERAP-1, IL23R and TNF-associated genes . Although approximately 90% of Caucasian individuals with ankylosing spondylitis have the HLA-B27 gene, it is important to note this gene is present in 8-9% of people of Northern European ancestry . Overall, ~5% of people positive for HLA-B27 develop ankylosing spondylitis.

The axial skeleton is predominantly affected, although in ~20% of cases the peripheral joints are also involved.

Hip involvement is generally bilateral and symmetric, with uniform joint space narrowing, axial migration of the femoral head sometimes reaching a state of protrusio acetabuli, and a collar of osteophytes at the femoral head-neck junction.

There can be bridging or fusion of the pubic symphysis.

Radiographs of the lungs may demonstrate progressive fibrosis and bullous changes at the apices. These lesions may resemble tuberculosis infection and bullae may become infected.

Plain radiograph may be normal, or may reveal cardiomegaly.

First-line therapy is primarily focused on NSAIDs and non-pharmacological measures including education, exercise, physiotherapy and group-therapy. Together, these treatments can lead to substantial clinical improvement in 70-80% of patients. Local steroid injection and DMARDs (sulfasalazine and methotrexate) can also help with peripheral manifestations. Second-line therapy includes TNF-alpha blockers (etanercept, infliximab, adalimumab, certolizumab, golimumab) and IL17 inhibitors (secukinumab) . Whether TNF-alpha blockers can inhibit radiographic disease progression has been the subject of some debate and continues to be investigated .