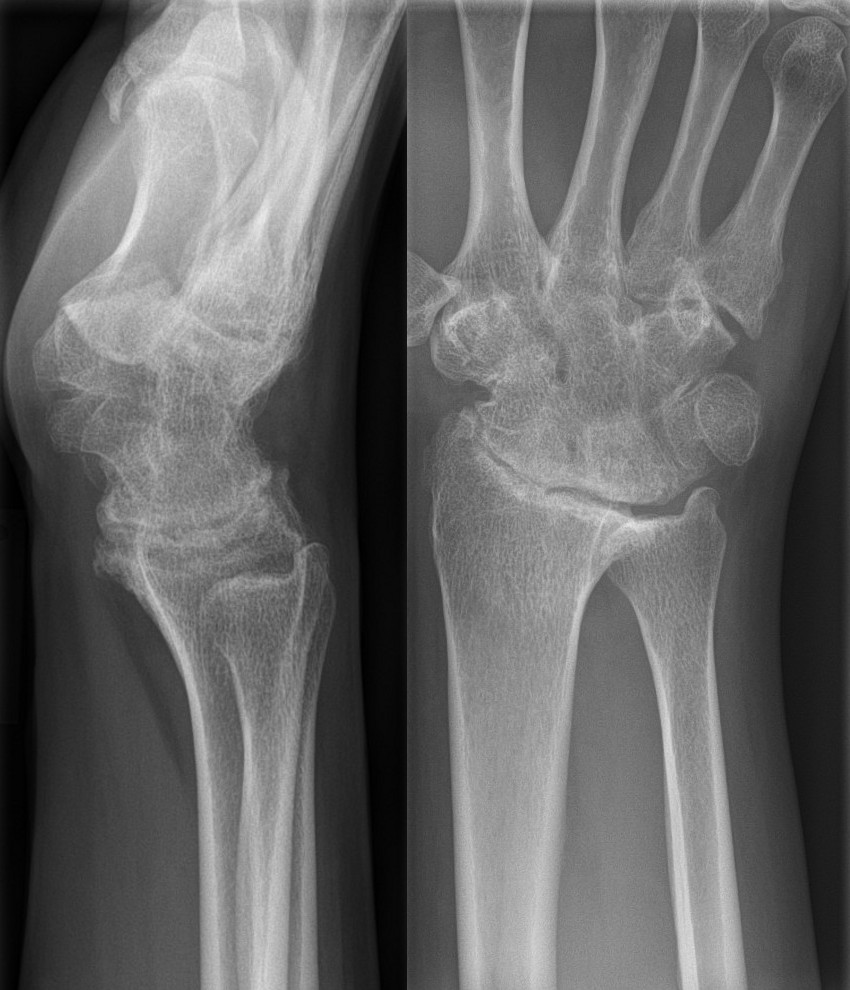 Juvenile idiopathic arthritis (JIA), also known as juvenile rheumatoid arthritis, is the most common chronic arthritic disease of childhood and corresponds to a group of different subtypes.

Oligoarticular or polyarticular arthritis of a duration of six weeks or longer must be present to diagnose JIA.

Patients may present with an acute onset of symptoms or a more gradual onset. Symptoms are often worse in the morning but typically persist to some extent throughout the day.

In patients with systemic onset (also known as Still disease), intermittent spiking fevers are typically noted, which helps distinguish JIA from other diseases such as infection, other inflammatory diseases and malignancy. Migratory salmon colored light pink rash involving the trunk and/or extremities and hepatosplenomegaly are also frequently observed in patients with systemic onset.

A proportion of patients have serum rheumatoid factor .

There are several subtypes of JIA

Imaging shows a varied spectrum of involvement, based on the severity and duration of the disease. There is usually a predilection for large joints rather than small joints.