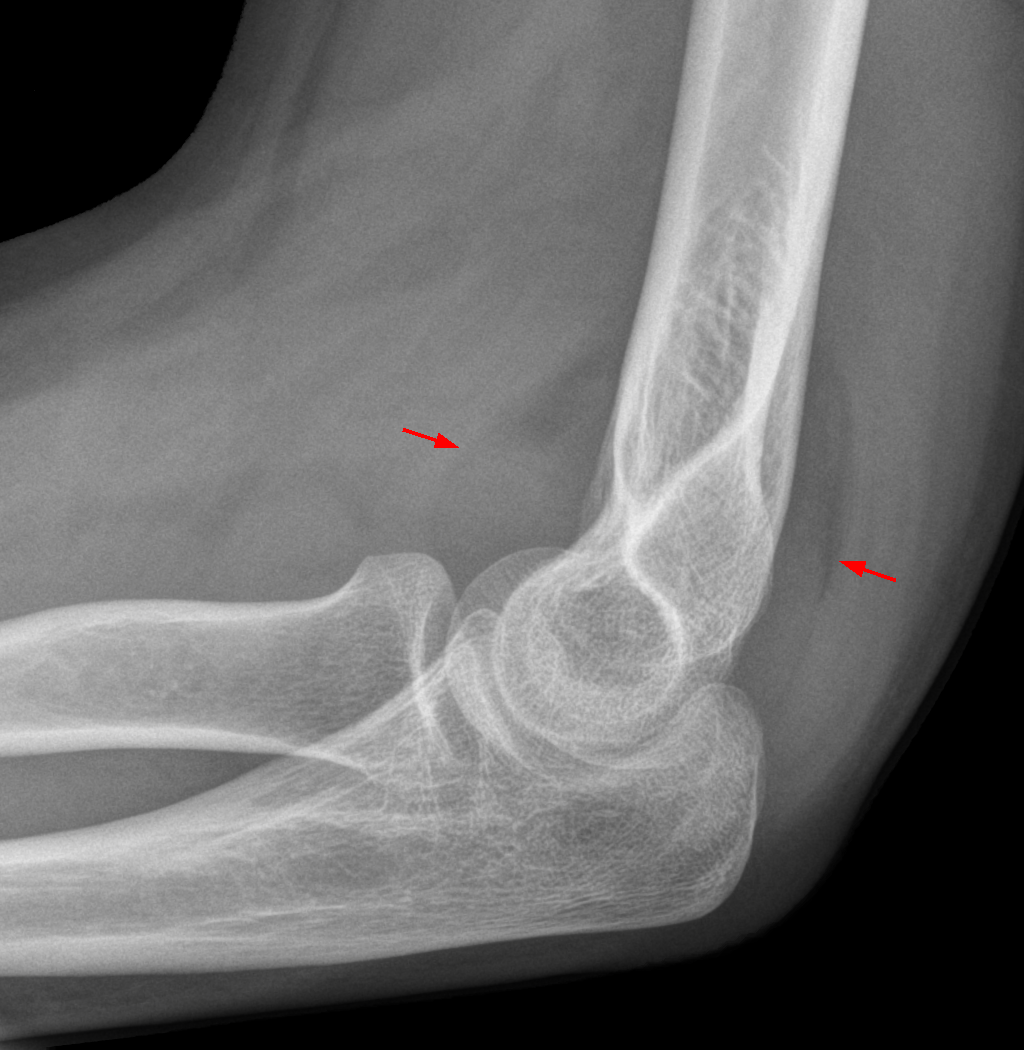 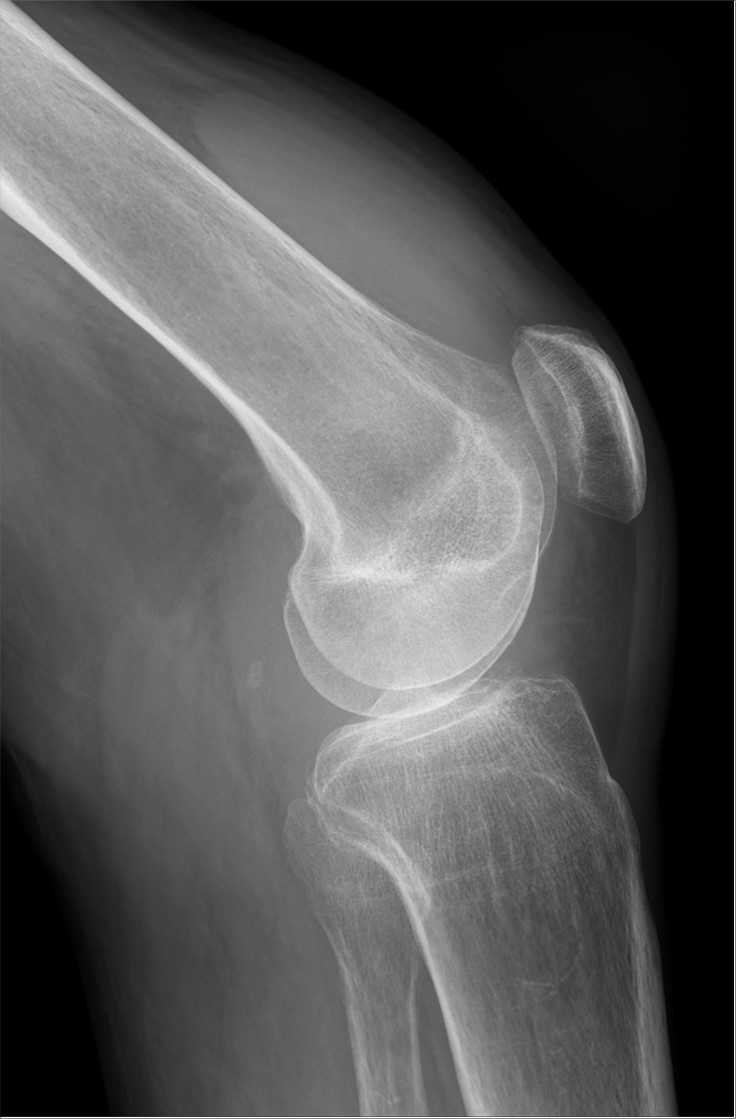 A joint effusion is defined as an increased amount of fluid within the synovial compartment of a joint.

There is normally only a small amount of physiological intra-articular fluid. Abnormal fluid accumulation can result from inflammation, infection (i.e. pus) or trauma and may be an exudate, transudate, blood and/or fat. As part of an arthrogram deliberate injection into the joint space of a contrast medium also results in an effusion.

Lipohemarthrosis is a particular type of effusion that occurs in the setting of intra-articular fracture where a fat-fluid level is seen due to marrow fat leaking into the joint via the fracture. Fat, being less dense than blood, will float to the surface and present as a 'fat-fluid' level on top of the blood on any radiographs with the horizontal beam parallel to the level. Lipohemarthroses can occur in other joints (e.g. shoulder) but is most readily identified in the knee.

Recognition of a joint effusion on plain radiographs can be difficult, particularly for the non-radiologist. Appreciation of the typical appearances and signs of joint effusions can assist diagnosis.

A knee joint effusion appears as well-defined rounded homogeneous soft tissue density within the suprapatellar recess on a lateral radiograph. The effusion will :

The sail sign is the key to recognizing an elbow joint effusion. On a lateral radiograph, an effusion causes displacement of the anterior and posterior fat pads surrounding the distal humerus. The triangular appearance of the displaced low-density fat pad simulates the appearance of a sail.

An elbow joint effusion in the setting of trauma is very often a sign of an occult fracture. In adults, the occult fracture is most commonly of the radial head, whilst in children a non-displaced supracondylar fracture should be suspected.

An ankle joint effusion is best seen as a teardrop-shaped soft tissue density displacing the anterior fat pad on a lateral film and lying superior to the talar neck. Effusion within the posterior recess is usually less well-defined. Plain films are sensitive for effusions >5 mL, with US and MRI being more sensitive for smaller effusions .

Hip joint effusions are easiest identified on US, CT and MRI. They are difficult to identify on plain radiographs with only one reliable sign described :