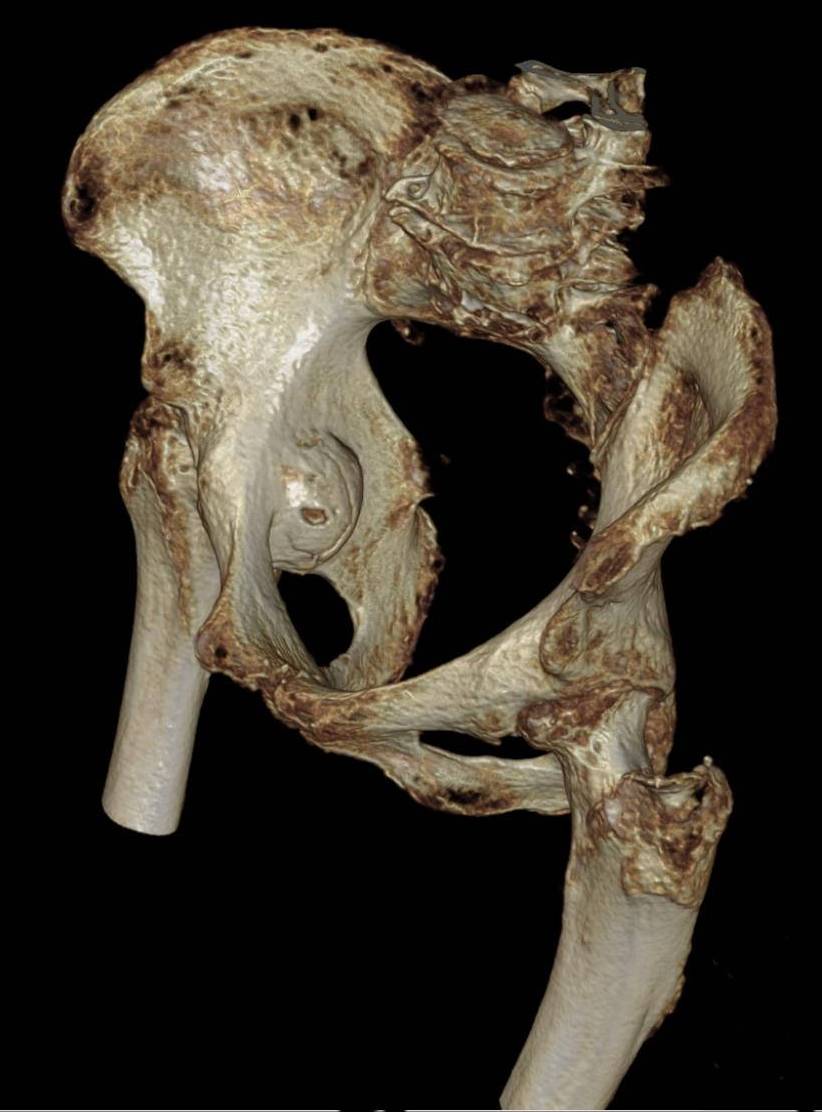 Acetabular protrusion, also known as protrusio acetabuli, is intrapelvic displacement of the acetabulum and femoral head, so that the femoral head projects medial to the ilioischial line. It should be differentiated from coxa profunda.

Acetabular protrusion is divided into primary and secondary types.

Primary acetabular protrusion is characterized by a progressive protrusion in middle-aged women. The condition may be associated with osteoarthritis and may be familial.

Different diagnostic criteria have been suggested on an anteroposterior radiograph of the pelvis:

A useful trick is that the acetabular cavity will often, but not always, be seen protruding medially to the iliopectineal line.