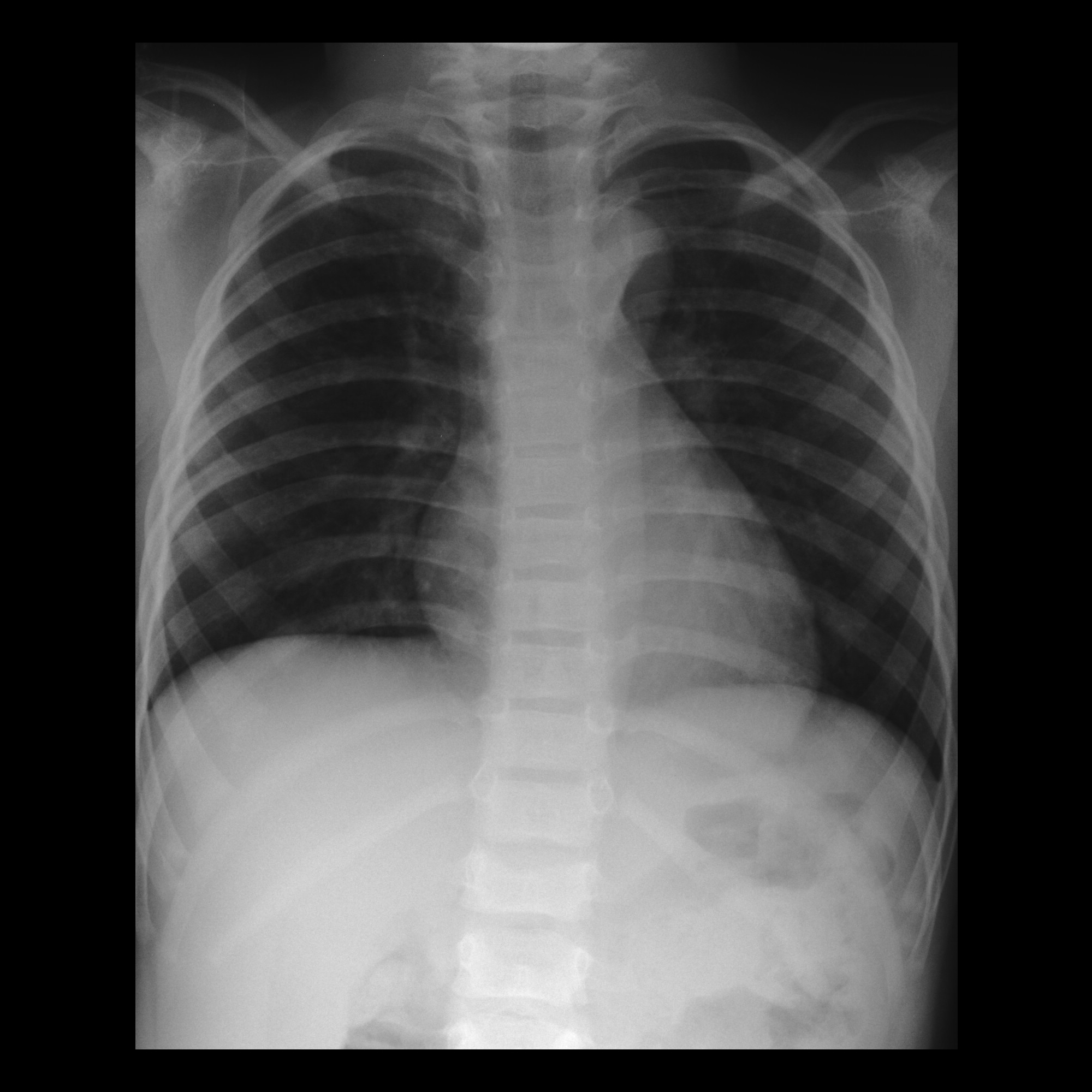 Toddler with
a connective tissue disease. CXR AP shows a prominent aortic arch and left lateral border of the aorta due to aortic ectasia.The diagnosis was Marfan Syndrome.
pediatricimaging.org • CC-by-nc-sa 4.0 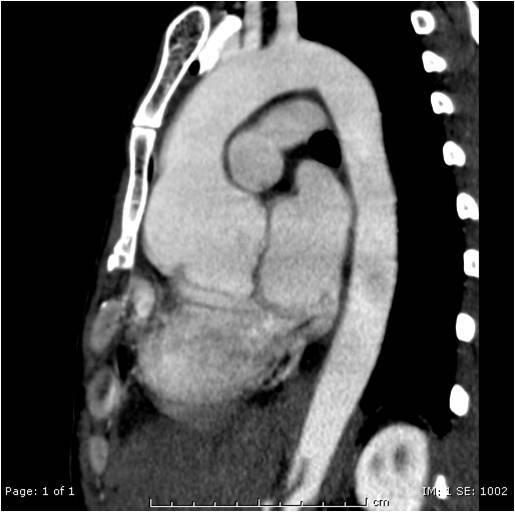 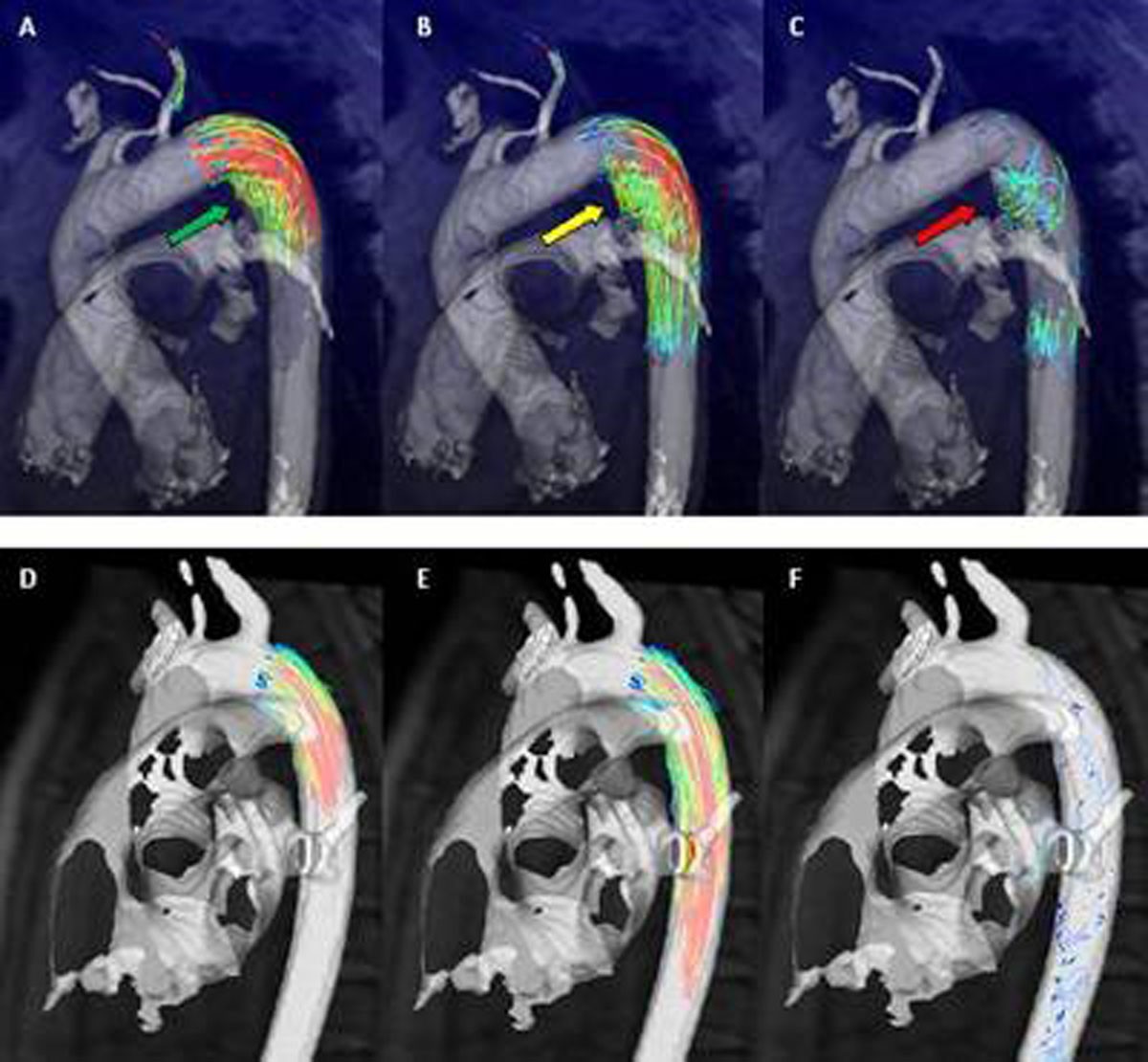 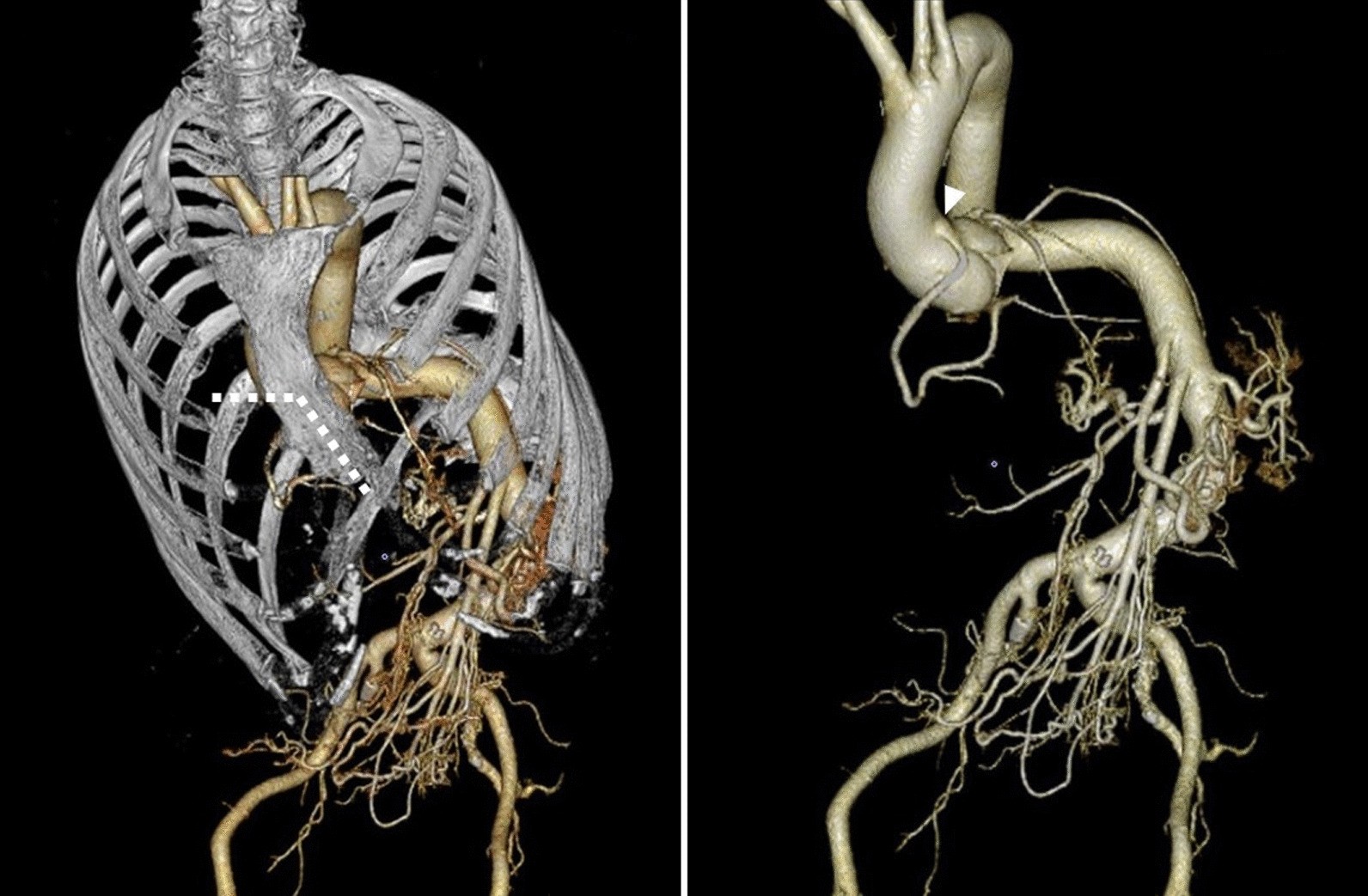 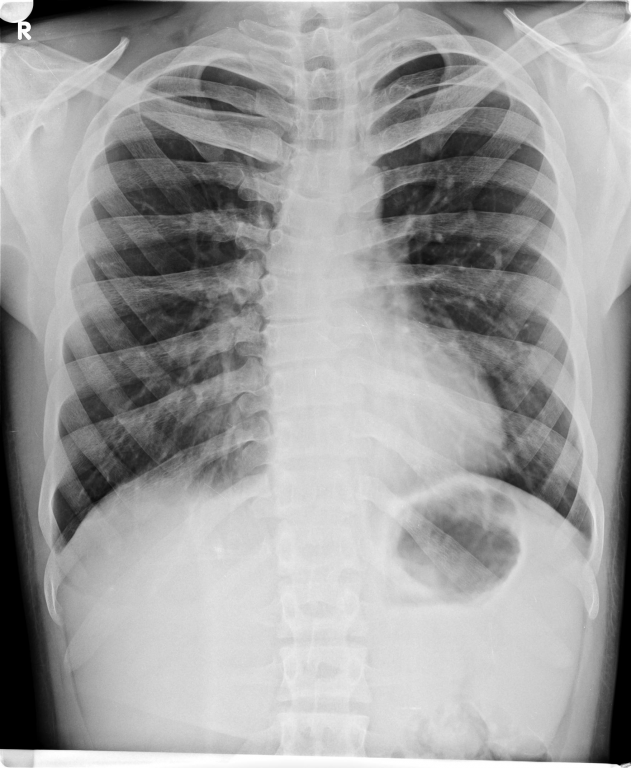 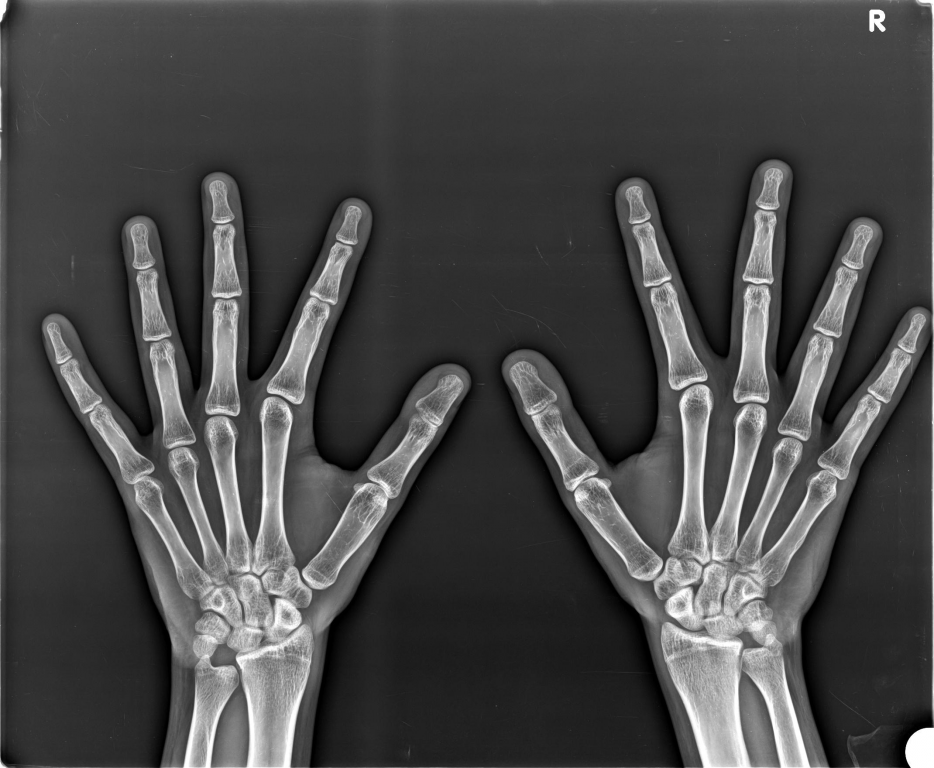 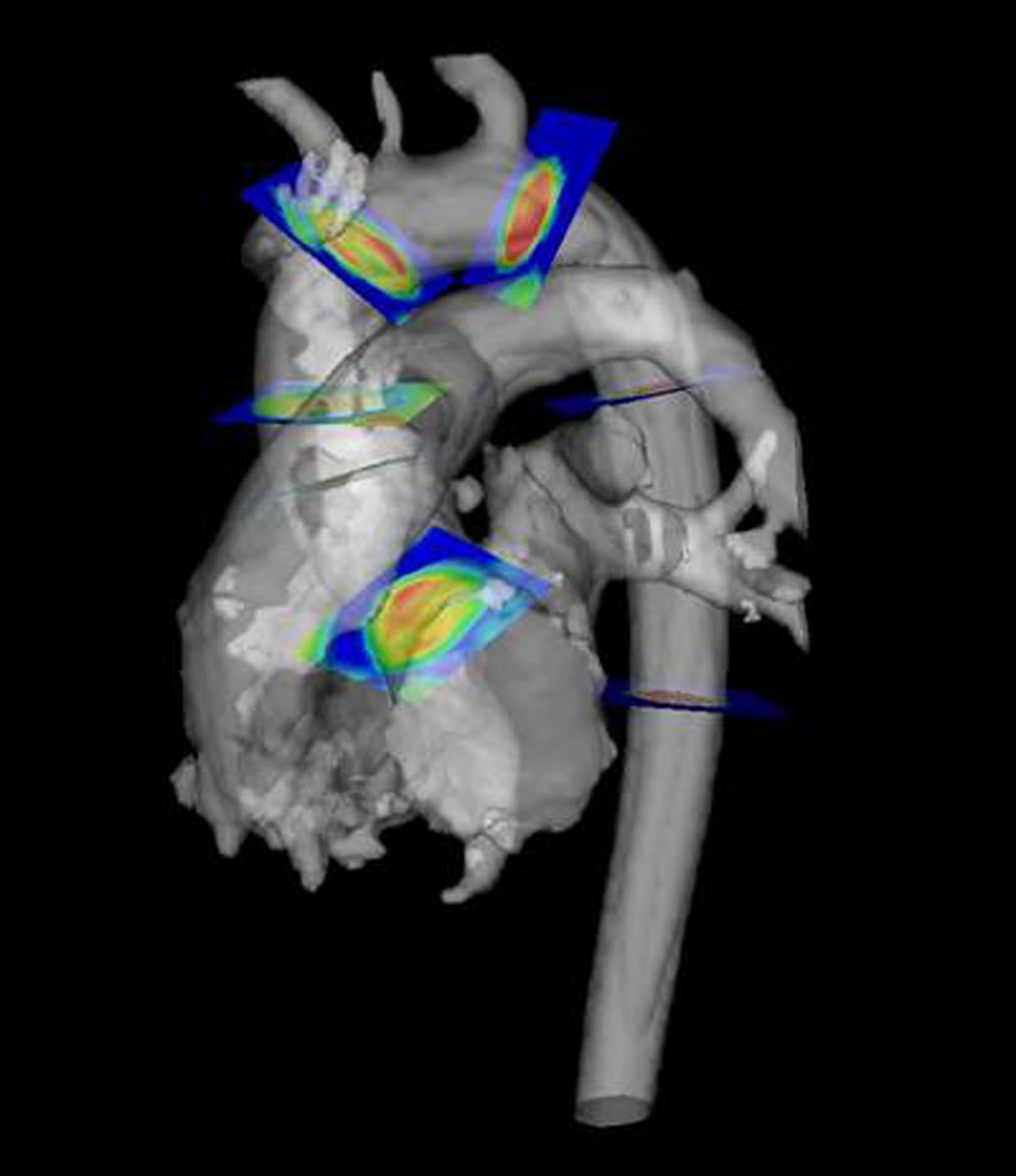 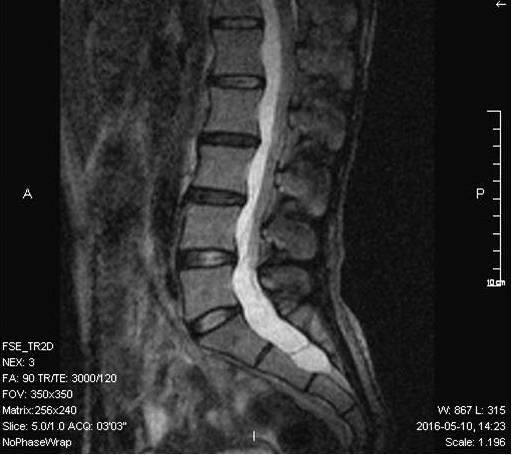 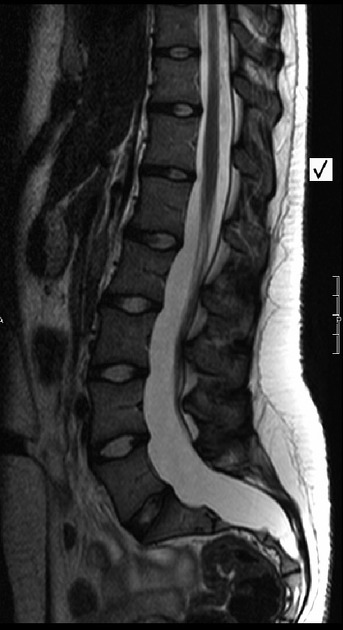 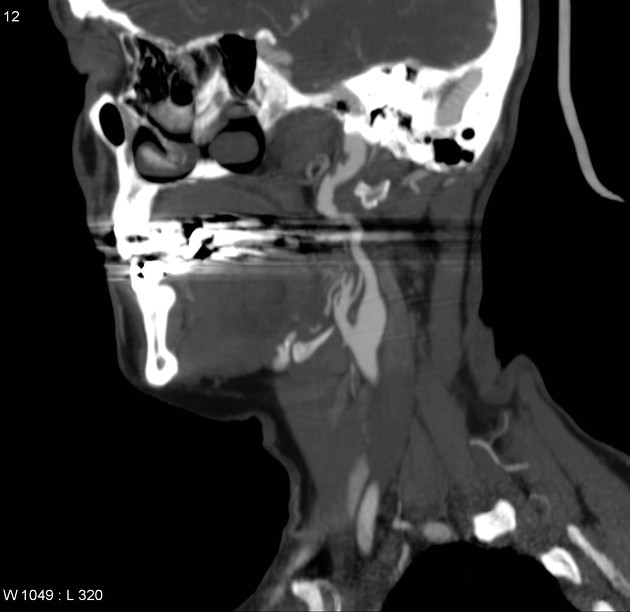 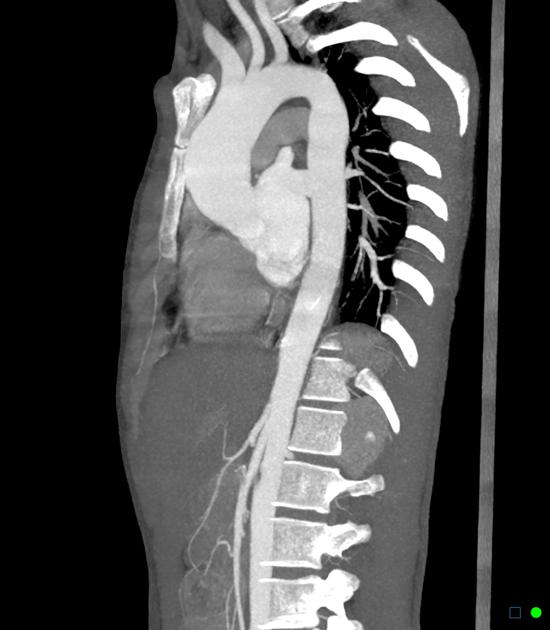 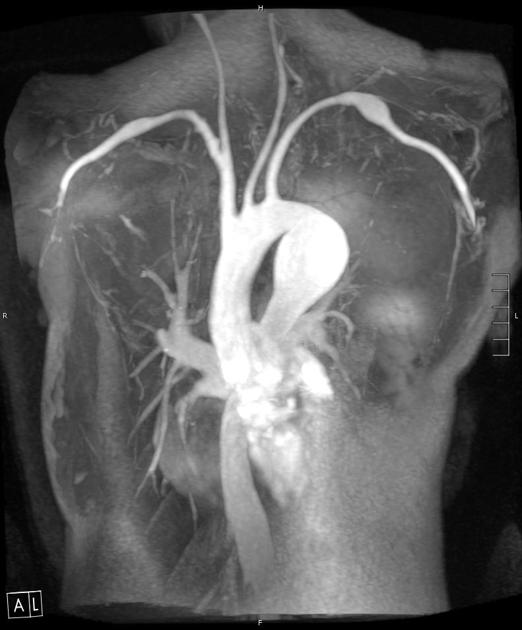 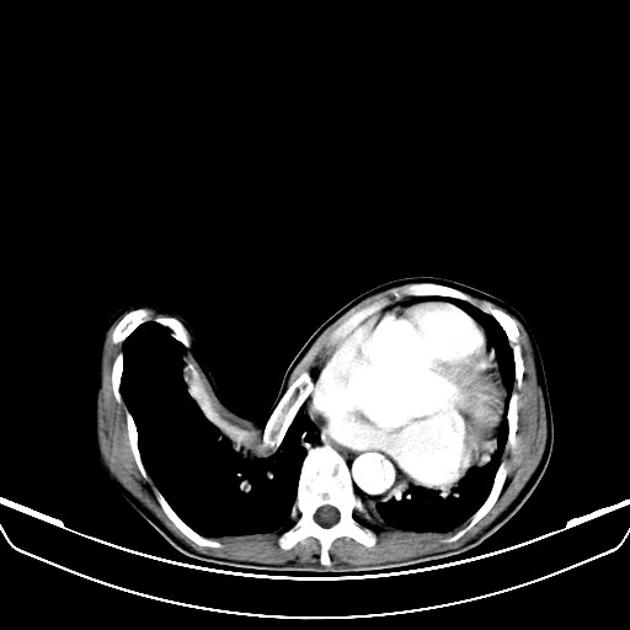 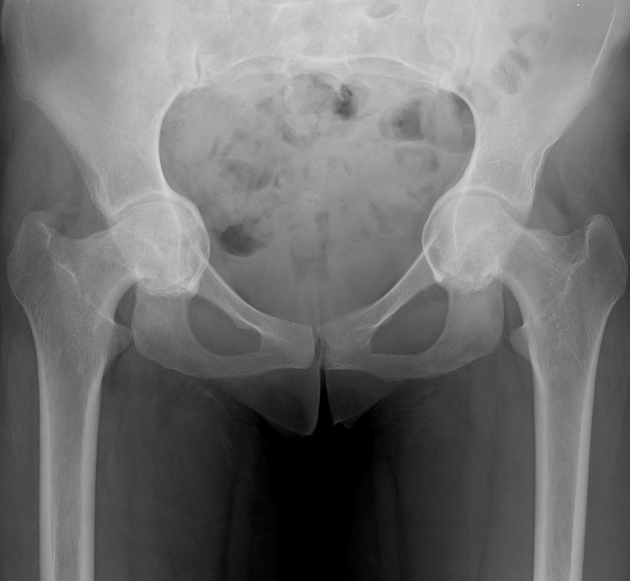 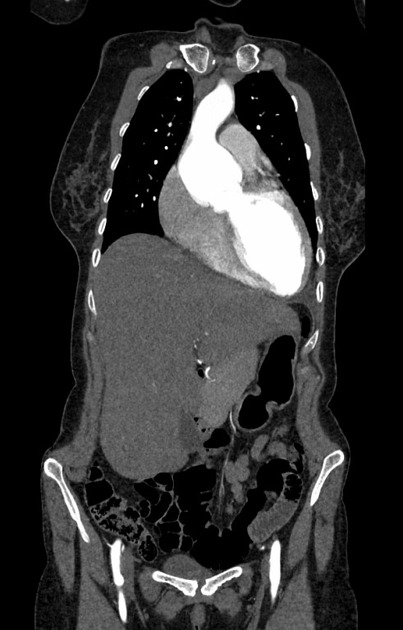 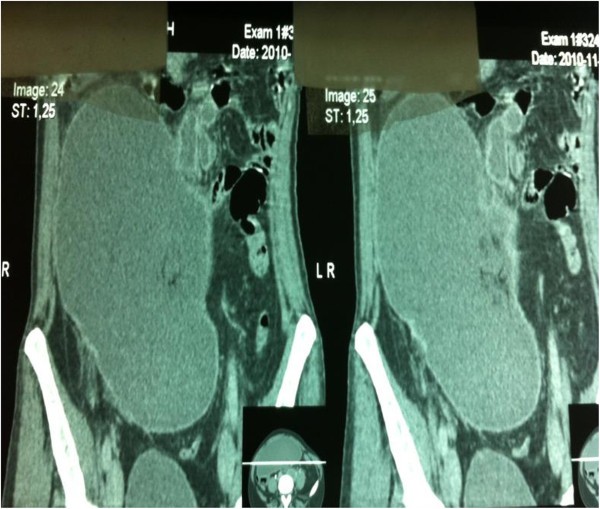 Marfan syndrome is a multisystem connective tissue disease caused by a defect in the protein fibrillin 1, encoded by the FBN1 gene. Cardiovascular involvement with aortic root dilatation and dissection is the most feared complication of the disease.

The estimated prevalence is around 2-6 per 100,000 . There is no recognized gender or racial predilection.

Patients with Marfan syndrome may have the following symptoms and signs:

Patients may present with complications of the disease such as aortic dissection and pneumothorax.

The Ghent nosology was established in 1995 for the clinical diagnosis of the disease .

The condition results from a mutation in the fibrillin 1 (FBN1) gene located on chromosome 15q21.1 which is responsible for cross-linking collagen. In the majority of cases it is inherited in an autosomal dominant fashion, although in up to one-third of cases the mutation is de novo. The disease has high genetic penetrance but with variable phenotypic expression even amongst affected family members.

Studies show a regulatory relationship between extracellular microfibrils and TGFβ signaling, so an abnormality in either can cause a Marfanoid phenotype .

There are no specific radiographic features of Marfan syndrome but the following signs and complications of the disease may be seen in each system on a range of modalities:

Beta blockers are shown to reduce the rate of aortic root dilatation. In patients who can not take beta-blockers, calcium-channel blockers are used. More recently, investigators found that angiotensin receptor blockers which are also TGFβ antagonists significantly reduce cardiovascular and other somatic features . Cardiovascular complications are the most frequent cause of death .

Some of the more newer treatment options include.