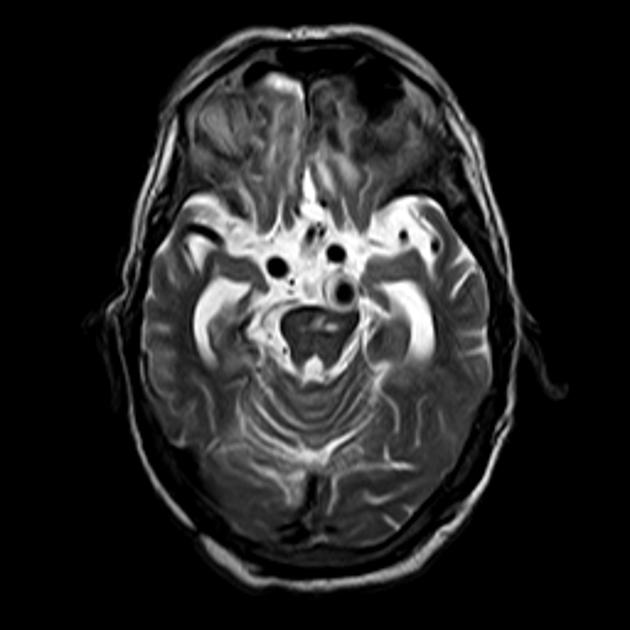 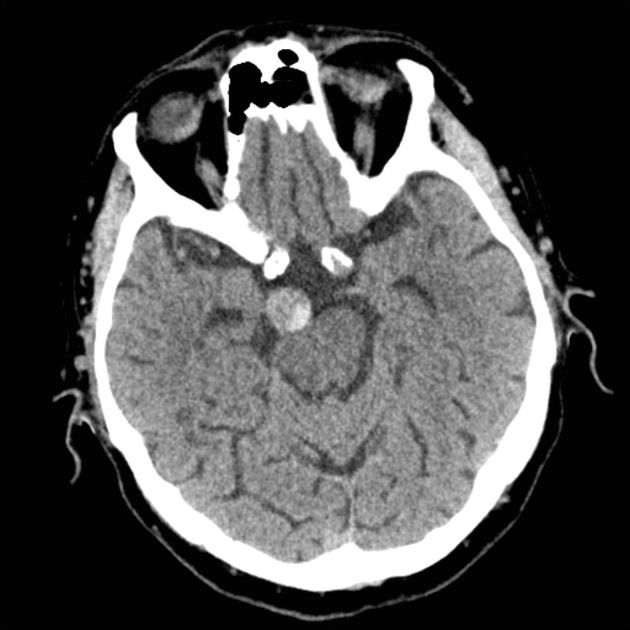 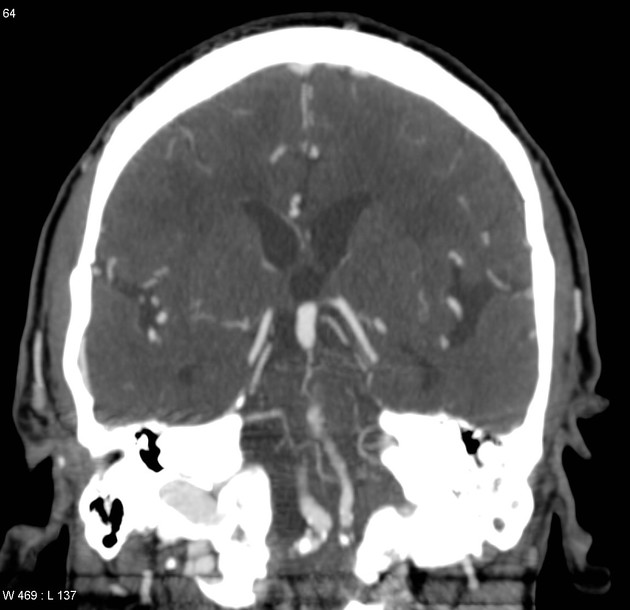 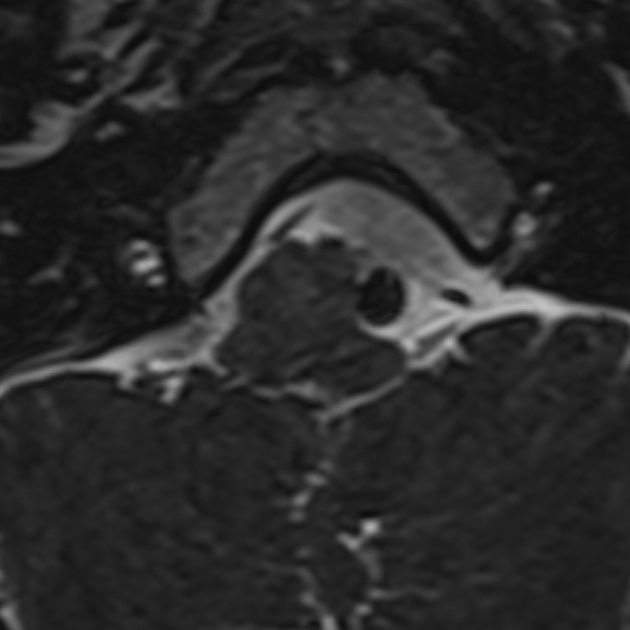 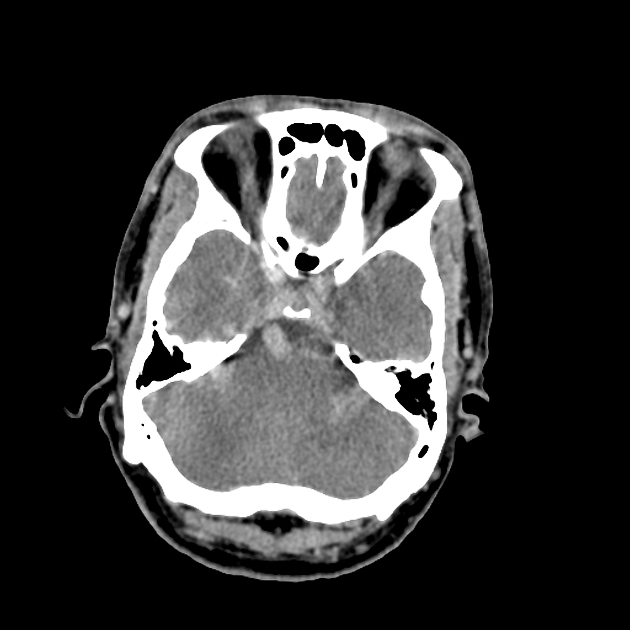 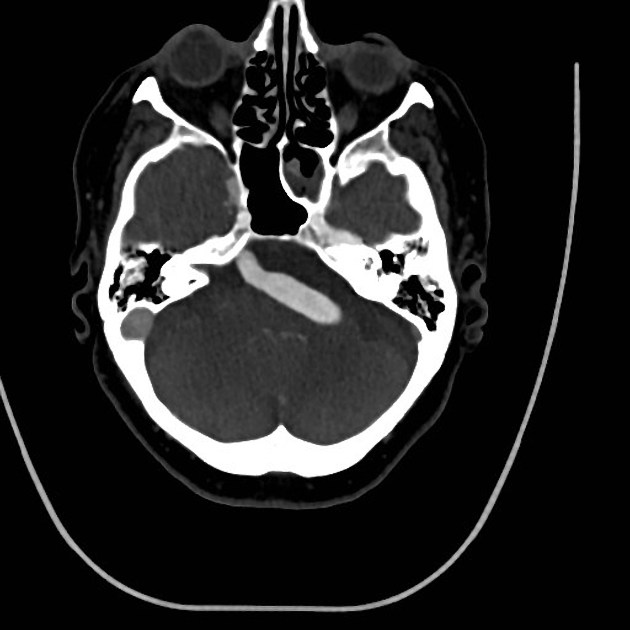 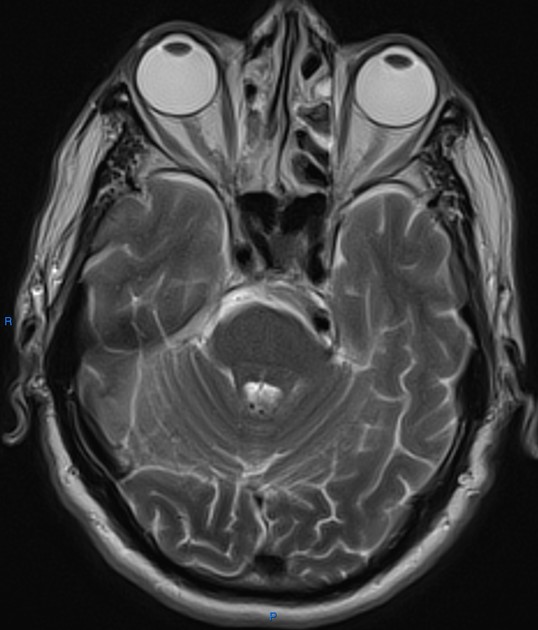 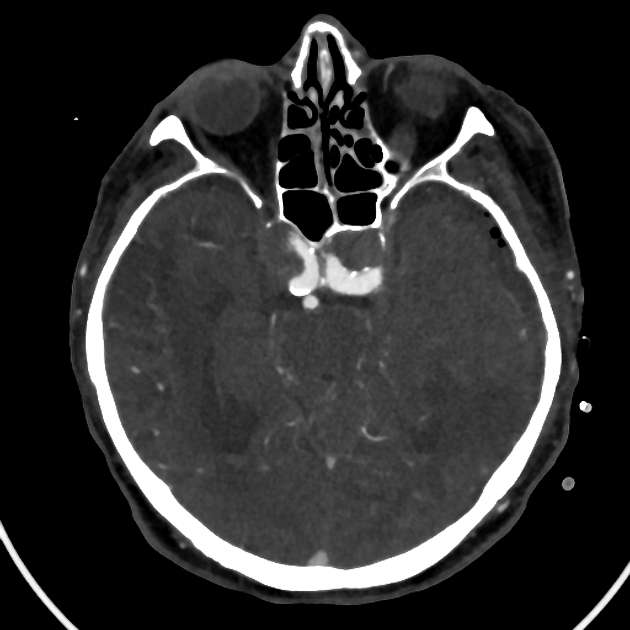 The term dolichoectasia means dilated and elongated. It is used to characterize arteries that have shown a significant deterioration of their tunica intima (and occasionally the tunica media), weakening the vessel walls and causing the artery to elongate and distend.

Dolichoectasias are more common in males . With intracranial dolichoectasia, the incidence is estimated at ~3% (range 0.06-5.8%) .

As the arrangement of connective tissue is disturbed, the vessel wall is no longer able to hold its original conformation and begins to unravel due to the continued hypertension. High blood pressure molds and force the artery to take now on an elongated, tortuous course to better withstand the higher pressures.

Can be divided into several subtypes :

Hypertension most commonly causes the atherosclerotic type. Continued stress on the walls of the artery will degrade the vessel wall by damaging and loosening the collagen and elastin meshwork that comprises the intima. Similarly, hypercholesterolemia or hyperlipidemia can also provide sufficient trauma to the vessel wall resulting in dolichoectasia.

To be classified as dolichoectasia, in the vertebrobasilar system, the basilar arterial diameter should be >4.5 mm . Smoker's criteria uses three quantitative measures of basilar artery morphology: basilar artery diameter, laterality, and height of bifurcation.

Internal carotid artery dolichoectasia is particularly interesting because the artery typically already contains one hairpin turn. Seen in an MRI as two individual arteries at this hairpin, a carotid artery dolichoectasia can progress so far as to produce a second hairpin turn and appear as three individual arteries on an MRI. The pathogenesis is primarily related to compression of the optic nerves at the optic chiasma.

The same review reported a 5-year mortality risk of 36.2%, with ischemic stroke as the most common cause of death .

Factors associated with adverse clinical outcome include symptoms at the time of diagnosis, the severity of arterial dilation and dolichosis, mural T1 signal, mural thrombi, and interval ectasia progression on follow-up neuroimaging .

Treatment is limited with intervention restricted to symptomatic cases, although often this is difficult with limited options.