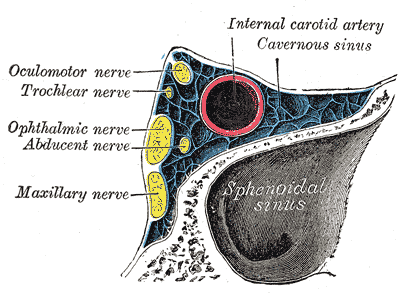 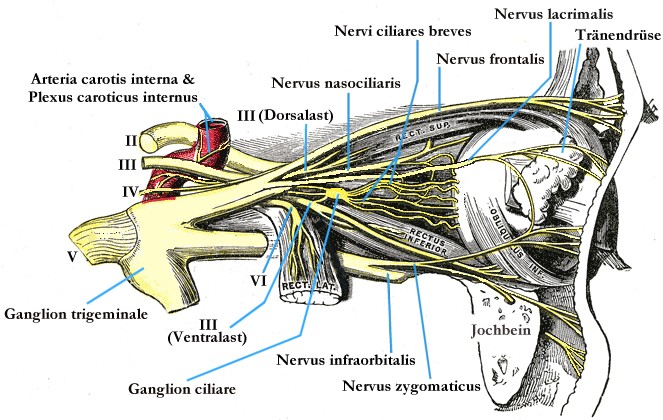 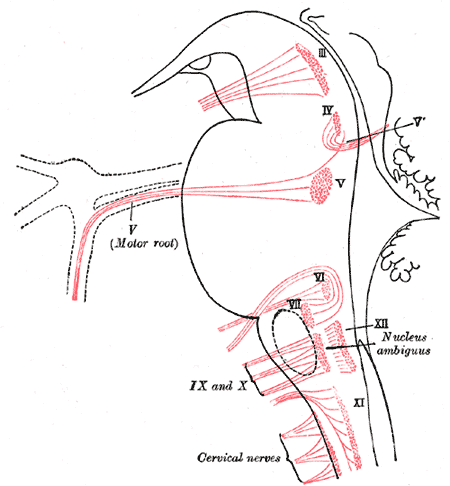 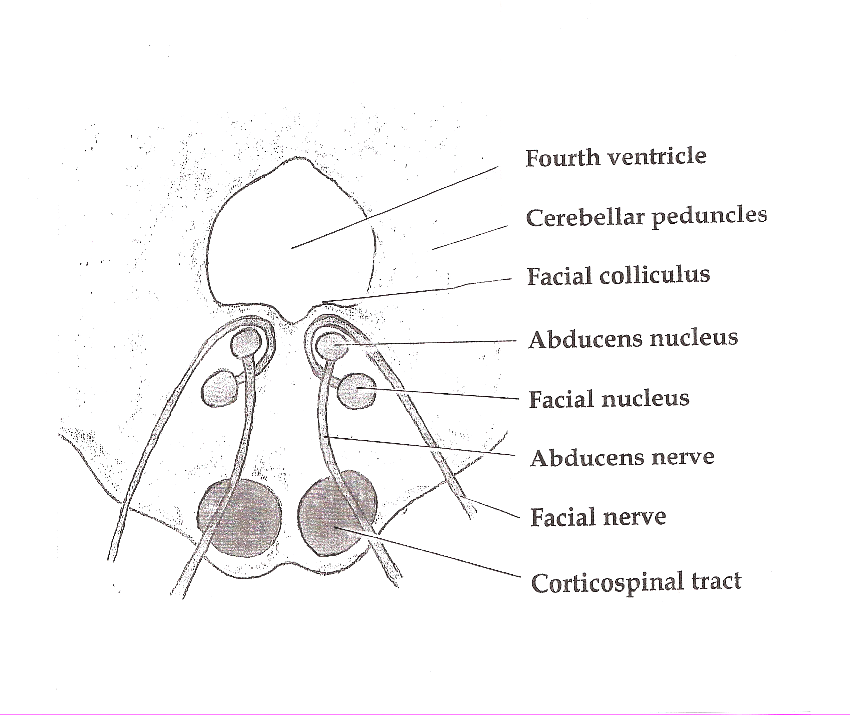 Axial section
of the brainstem (pons) at the level of the Facial Colliculus. Somatic motor fibres of the facial nerve (CN7) are shown going around the abducens nucleus (CN6). Original drawing by btarski.
Wikipedia • CC-BY-SA-3.0
Hallo!
Radiopaedia • CC-by-nc-sa 3.0 • de

The abducens nerve is the sixth cranial nerve. It courses from its nucleus located in the dorsal pons to its innervation of the lateral rectus muscle and can be divided into four parts:

The abducent nucleus is a small nucleus situated at the upper part of the rhomboid fossa beneath the facial colliculus within the pons. Fibers pass anterior through the pons medial to the facial nucleus to reach the pontomedullary junction.

It is the most medial of the nerves emerging immediately below the pons (facial nerve and vestibulocochlear nerve lateral to it) at the pontomedullary junction into the prepontine cistern. It courses anteriorly towards the clivus where it runs superiorly along the clivus enclosed within a fibrous sheath called Dorello canal and pierces the dura inferior to the posterior clinoid process. It then courses over the medial petrous apex towards the cavernous sinus. Its oblique course and relatively anchored position in Dorello canal make it prone to stretching when raised intracranial pressure from a space-occupying lesion causes transtentorial herniation (a sixth nerve palsy is the classic lateralizing sign of an extradural hematoma).

Within the cavernous sinus, the abducens nerve is located inferolateral to the internal carotid artery, medial to the lateral wall of the sinus.