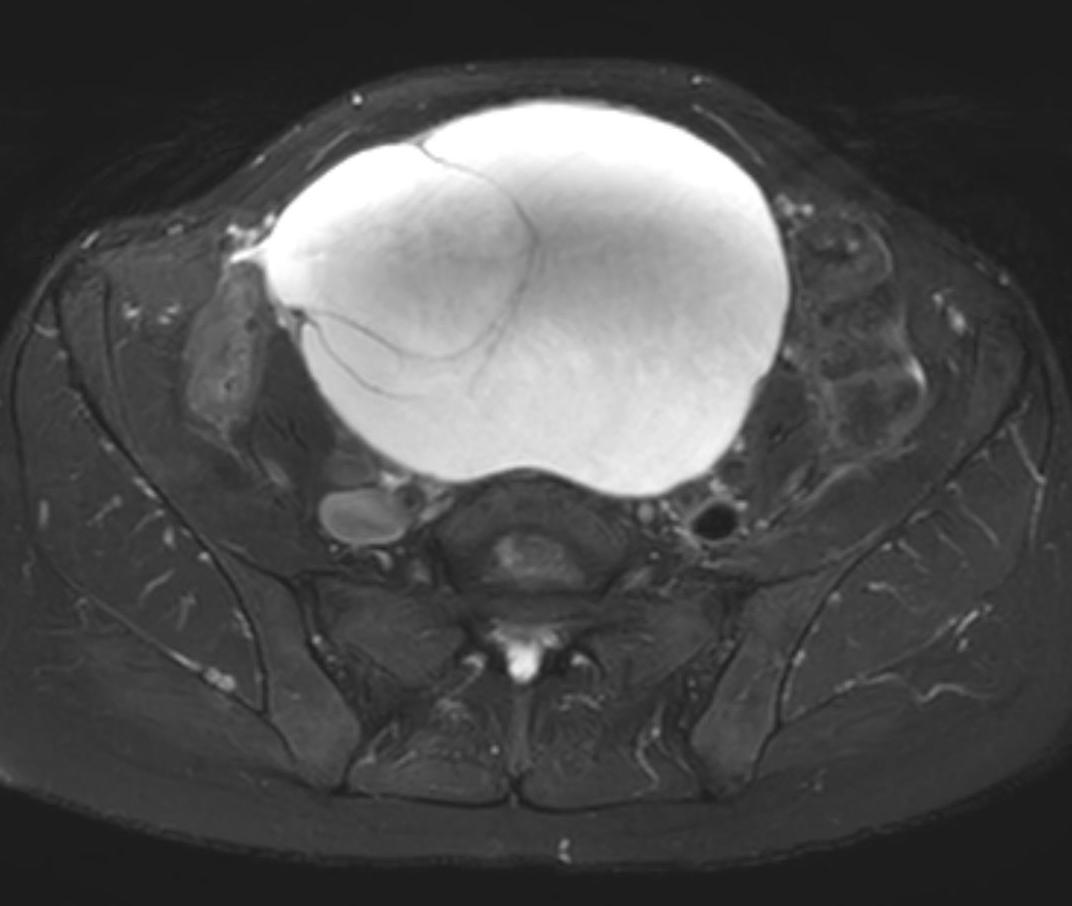 Mucinous cystadenoma of the ovary is at the benign end of the spectrum of mucin-containing epithelial ovarian tumors.

The estimated peak incidence is at around 30-50 years of age.

The tumors are lined by columnar epithelium, typically similar to endocervical epithelium, though occasionally an intestinal-type may be seen. These cells secrete thick, gelatinous mucin which fills the locules .

Mucinous cystadenomas are usually seen as large multilocular cysts containing fluid of various viscosity. Due to this reason, the loculi of the tumors often show variable signal intensities on both T1 and T2 sequences. This can sometimes give a “stained glass” appearance. They rarely appear as unilocular cysts.