Pseudoachondroplasia.
Knee radiographs AP view of a child depicting dysplastic distal femoral and proximal tibial epiphyses, with distal femoral metaphyseal broadening and irregularities. Note the metaphyseal lines of ossification of the proximal tibias and distal femora and relative sparing of the tibial shafts. The changes around the knee are known as "rachitic-like changes". Lesions are fairly symmetrical. Note the internal fixation implants used to correct a femoral valgus and tibial varus deformity.
Wikipedia • CC BY-SA 4.0 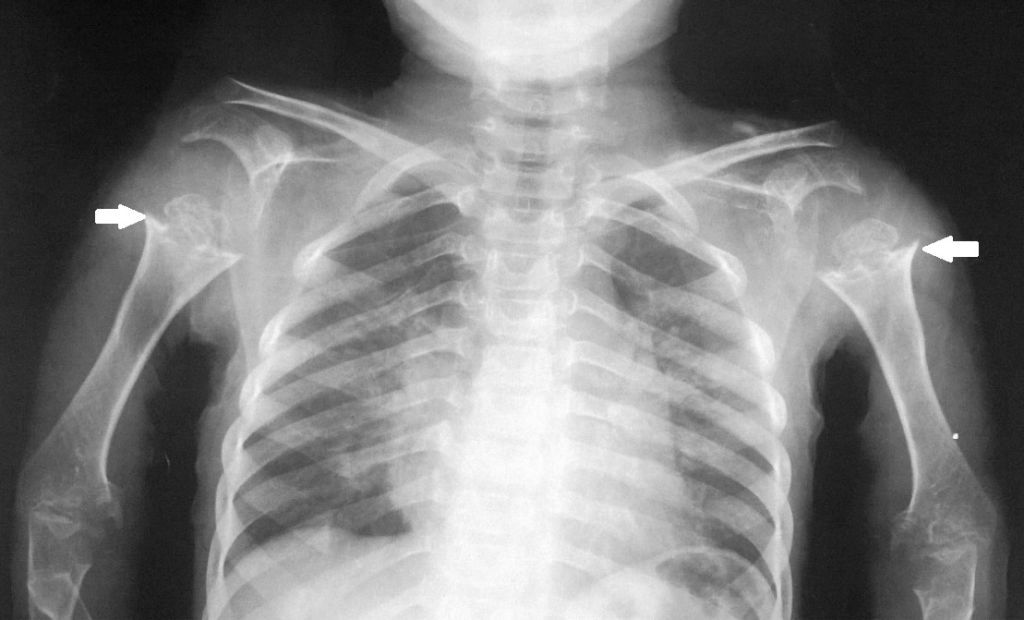 Pseudoachondroplasia (PSACH) refers to an osteochondrodysplasia  which is characterized by

It is also characterized by the absence of abnormality at birth and a normal craniofacial appearance.

Due to mutations in the gene encoding cartilage oligomeric matrix protein. Pathognomonic changes of vertebral bodies are thought to invariably disappear around the age of 10.

It carries an autosomal dominant inheritance .