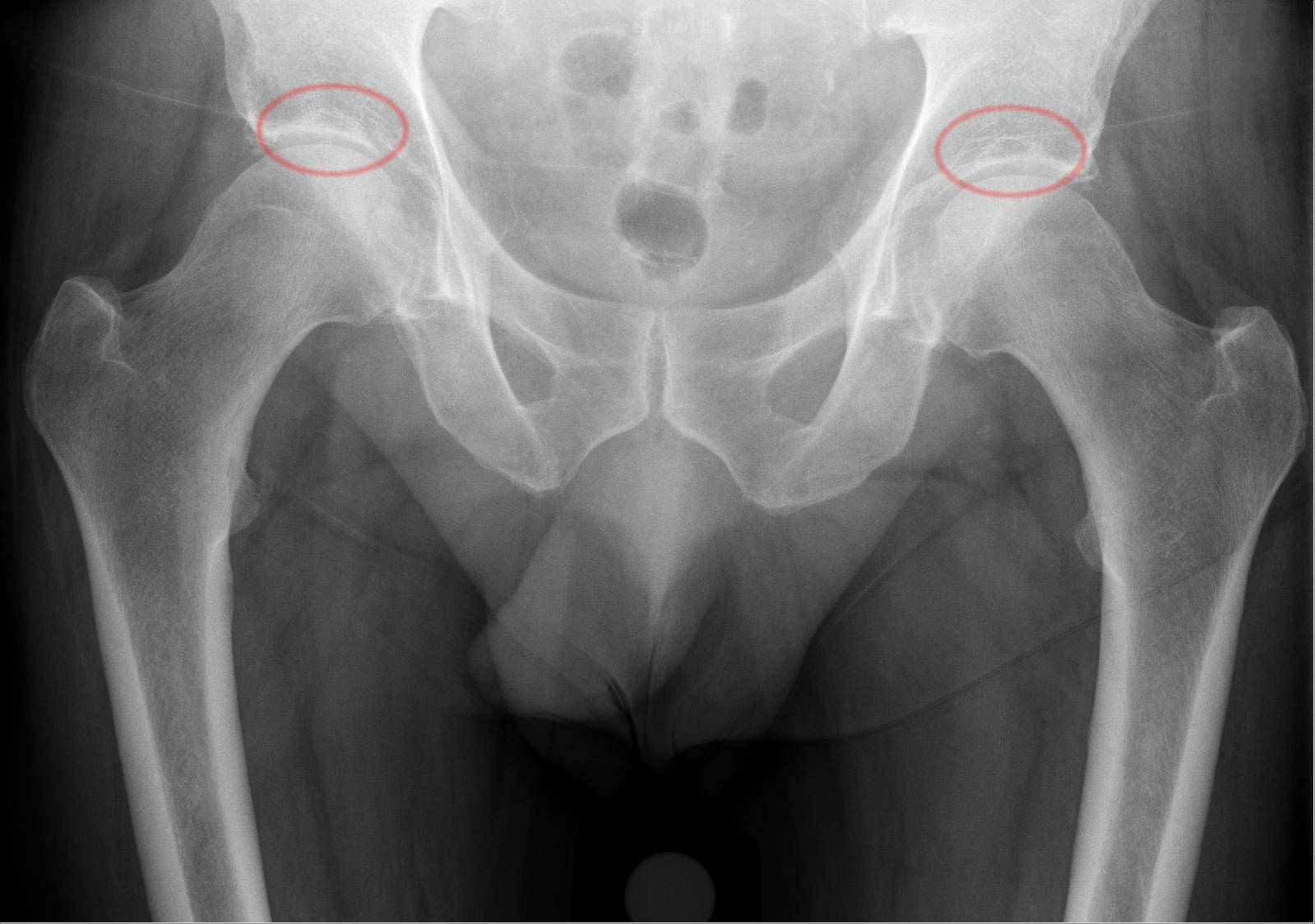 A supra-acetabular fossa, also known as pseudodefect of acetabular cartilage, is an anatomic variant whereby a focal defect is evident within the subchondral bone of the acetabular roof. It is seen in as many as 10% of hips and is typically located at the 12 o'clock position both in the coronal and sagittal planes.

While it can at first appear like an osteochondral defect on imaging studies, at arthroscopy or on 3T MRI, cartilage can be seen to overlie the subchondral bone. Unlike an acquired osteochondral defect, a supra-acetabular fossa does not induce any adjacent marrow reaction or symptoms.

A type 1 fossa is one where hyaline cartilage incompletely fills the depth of the fossa and hence contrast or fluid is seen within. A type 2 fossa is one that is completely filled with cartilage and, therefore, is not directly identifiable on arthroscopy or arthrography.