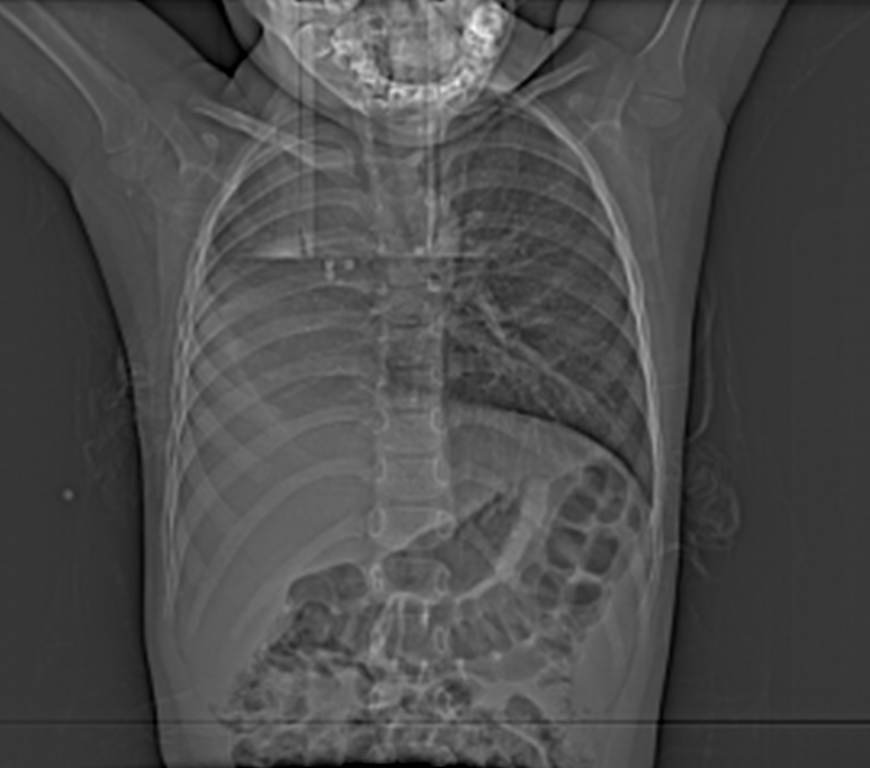 Agenesis of
right lung. CT shows an opaque right hemithorax with a shift of the mediastinum towards the ipsilateral side. The right main bronchus is not visualised.
www.eurorad.org • CC by-nc-sa-4.0 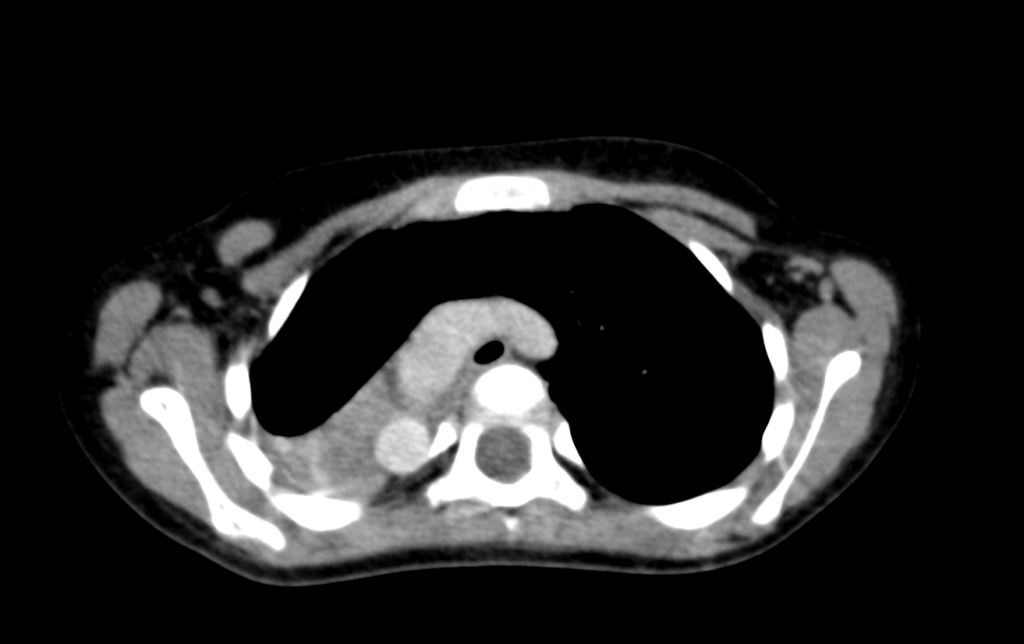 Agenesis of
right lung. Contrast-enhanced CT of the chest shows absence of the right lung and compensatory hyperinflation of the left lung.
www.eurorad.org • CC by-nc-sa-4.0 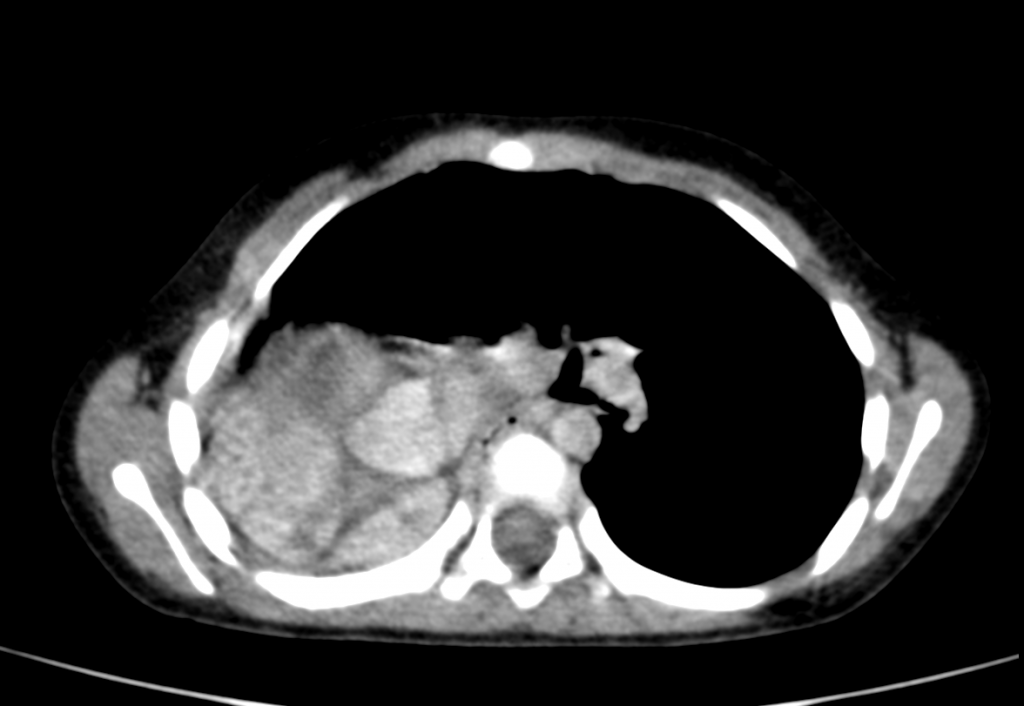 Agenesis of
right lung. Contrast-enhanced CT of the chest shows a shift of the mediastinum towards the right side. The right bronchus is not visualized and the left main bronchus appears normal.
www.eurorad.org • CC by-nc-sa-4.0 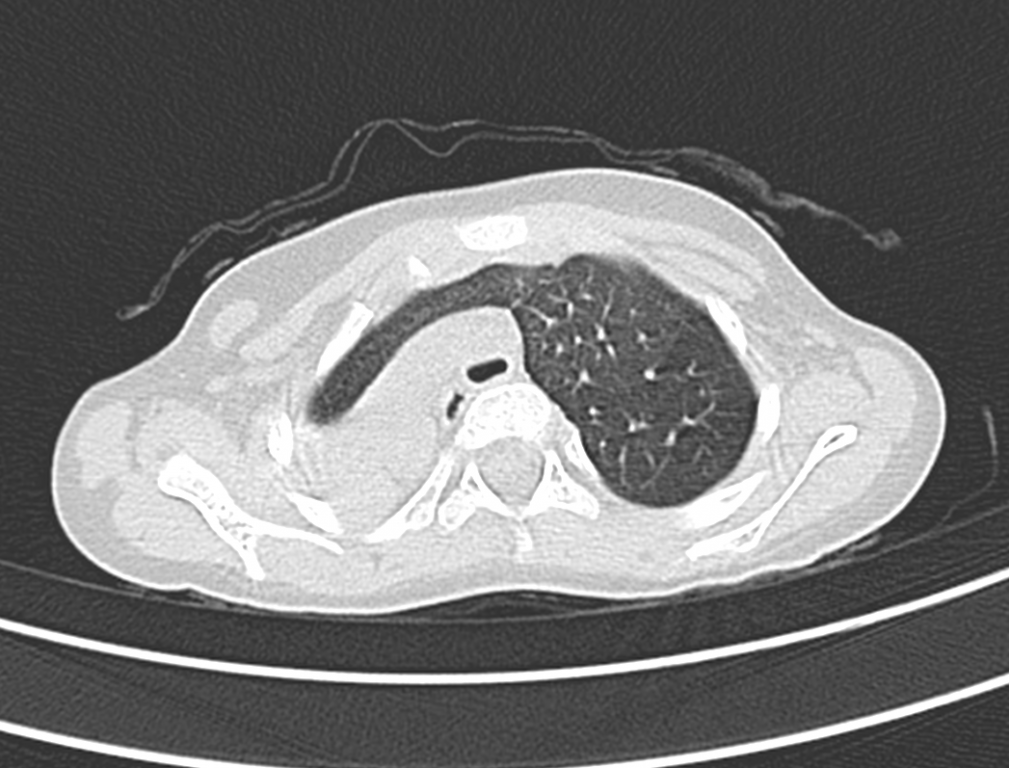 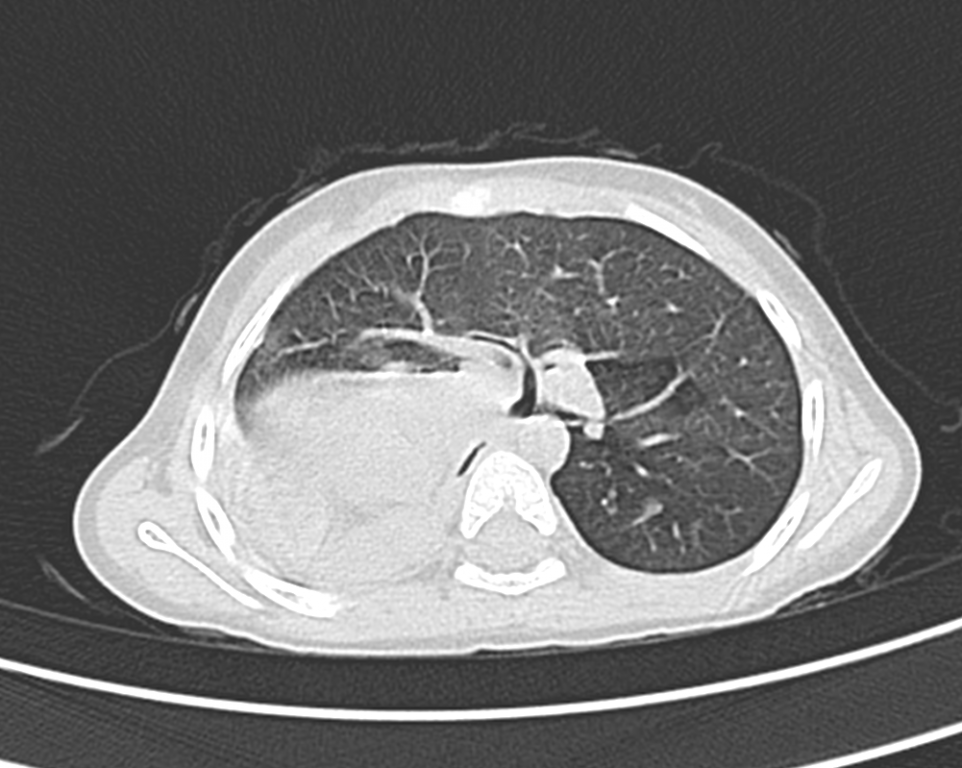 Agenesis of
right lung. Axial CT in the lung window shows absence of the right lung and a hyperinflation of the left lung parenchyma which extends into the right hemithorax.
www.eurorad.org • CC by-nc-sa-4.0 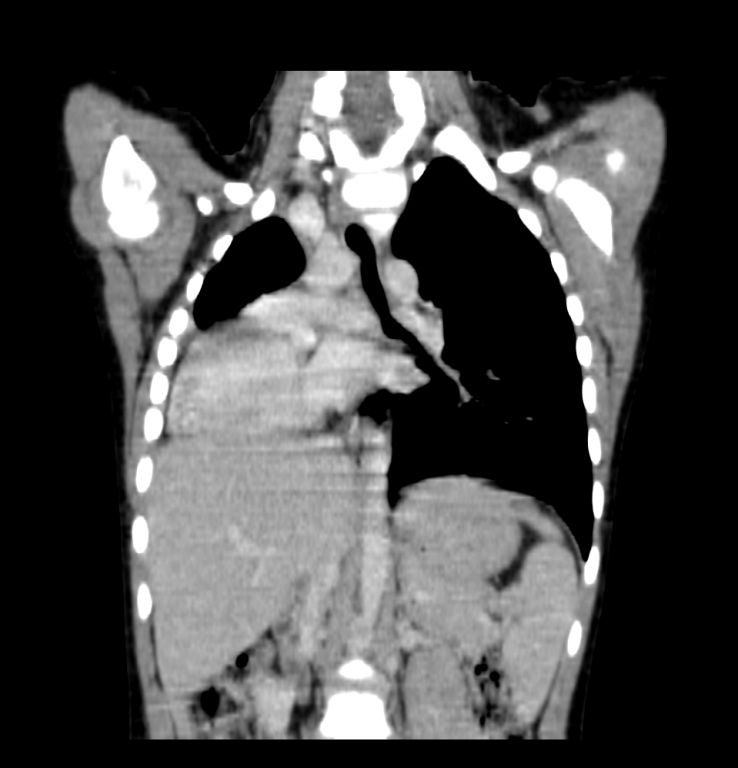 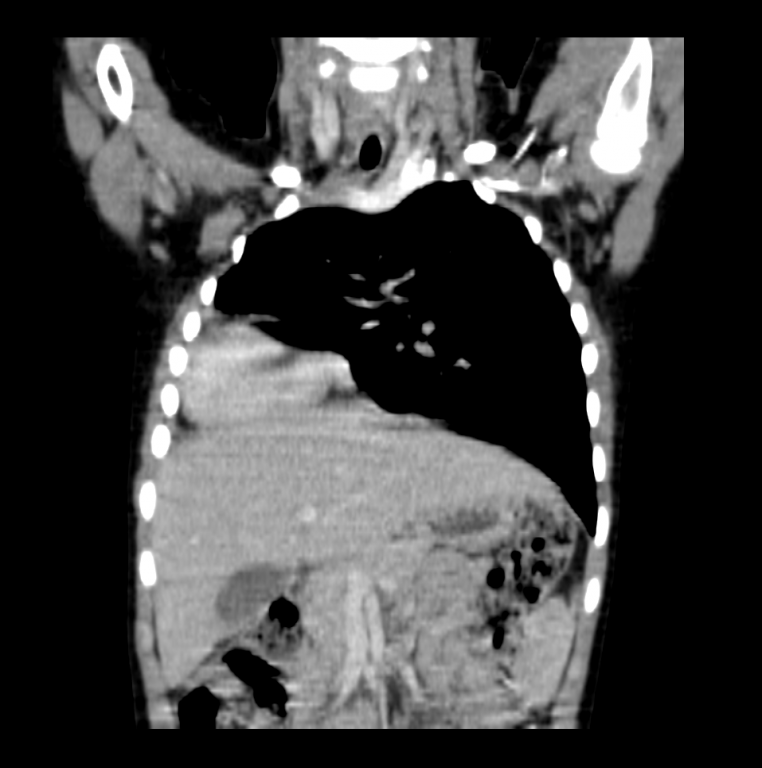 Pulmonary aplasia is a rare congenital pathology in which there is unilateral or bilateral absence of lung tissue. It is distinguished from pulmonary agenesis, although similar, the main difference being that there is a short-blind ending bronchus in aplasia .

It is usually unilateral, as bilateral pulmonary aplasia is not viable. It is frequently associated with other congenital abnormalities, mainly cardiovascular, and has been reported to occur with VACTERL syndrome .

Pulmonary aplasia usually presents with neonatal respiratory distress of variable intensity . In rare cases, it may go unnoticed until later in childhood or adolescence .

It can also be discovered during prenatal ultrasound screening, on which it presents as a hyperechoic hemithorax . The diagnosis is frequently hard to make, but mediastinal shift will usually be prominent.

Abnormal blood flow in the dorsal aortic arch during the 4th week of gestation had been hypothesized to cause pulmonary agenesis . The contralateral lung may develop as much as twice more alveoli in response to pulmonary aplasia or agenesis .

On chest x-ray, it can present as a hemithorax white-out or ipsilateral lung volume loss with ipsilateral shift of mediastinal structures. Contralateral lung hyperinflation is usual with herniation of the normal lung into the contralateral hemithorax. A main ipsilateral bronchus is rarely seen, although CT can demonstrate a rudimentary main bronchus .

CT will confirm the absence of lung parenchyma and mediastinal ipsilateral shift. Contralateral lung hyperinflation is usual with herniation of the normal lung into the contralateral hemithorax. Also, there is an ipsilateral absence of pulmonary artery. It may also show other cardiac congenital malformations and ipsilateral bronchus remnant.

For other causes of hemithorax white-out with ipsilateral mediastinal shift, see