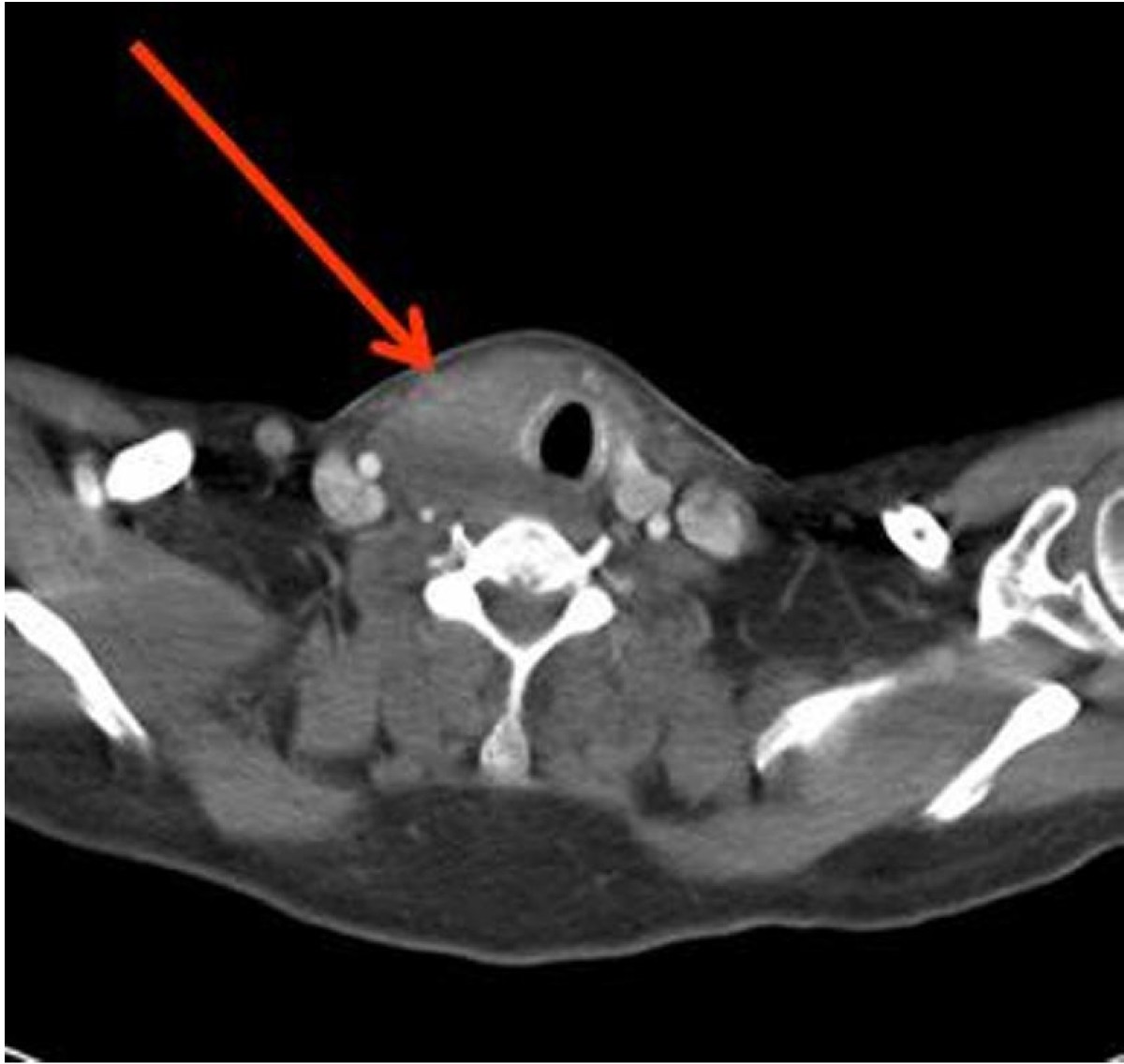 Riedel"s
thyroiditis masquerading as anaplastic thyroid carcinoma: a case report. Computed tomography (CT) scan of the neck and the thoracic outlet. This shows a large thyroid mass predominantly affecting the right lobe of the thyroid gland. The trachea has been pushed over to the left.
jmedicalcasereports.biomedcentral.com • CC-by-2.0
Hallo!
Radiopaedia • CC-by-nc-sa 3.0 • de

Riedel thyroiditis is a very rare form of autoimmune thyroiditis. It is sometimes considered as a manifestation of a wider systemic disease with fibrosis of the retroperitoneum, mediastinum, as well as lymphocytic infiltration of extraocular orbital muscles, salivary and lacrimal glands . Most recently all these pathologies are considered as manifestations of the same pathology known as IgG4 disease.

Patients present with a painless thyroid mass that can be rapidly growing.  As with other thyroid disorders, there may be symptoms from local compression such as dysphagia or stridor. On examination, there is usually a goiter which is fixed and hard, sometimes described as stony or woody.

The condition is characterized by replacement of the thyroid gland with fibrotic tissue which extending to the surrounding tissues, unlike end stage Hashimoto thyroiditis in which fibrosis is confined to the capsule. The thyroid gland can become hardened as a result. Only 30% of patients are hypothyroid.

The thyroid can appear homogeneously hypoechoic with the poor demarcation of the gland borders as the fibrotic invasion of the adjacent fat or anatomical structures progresses.

This may demonstrate compression of local structures by an enlarged thyroid with low attenuation change within areas of the involved thyroid gland.

The fibrosing thyroid gland appears low on T1 and T2 and can have a variable pattern of enhancement.