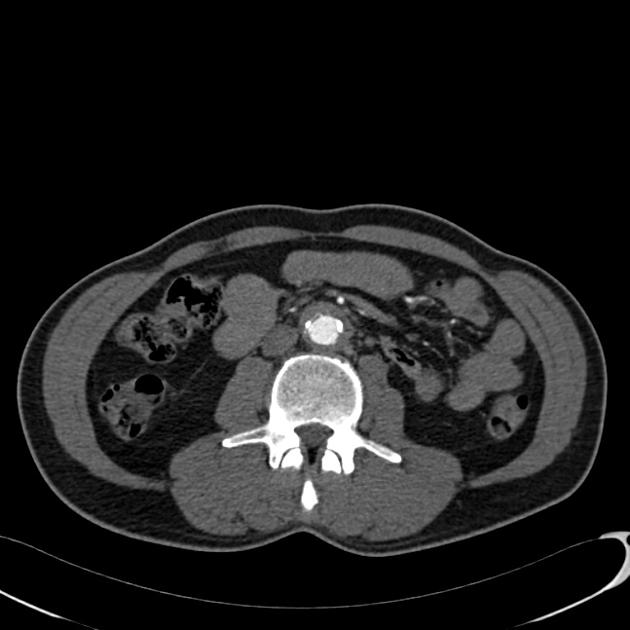 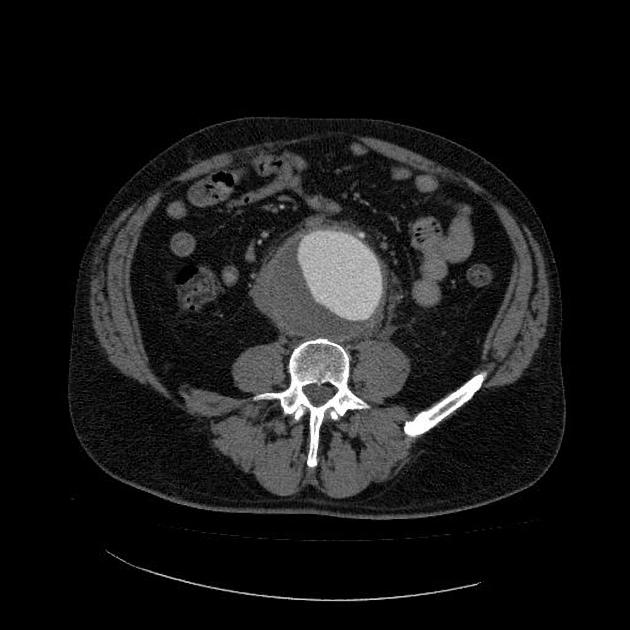 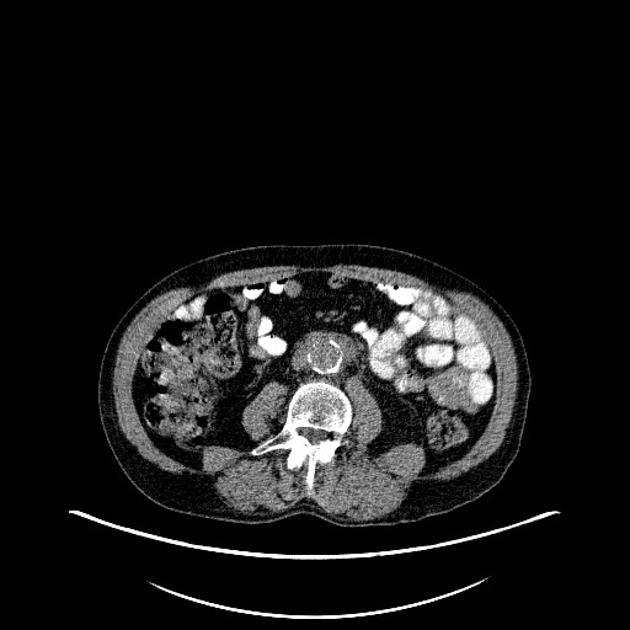 Chronic periaortitis is an inflammatory condition which typically involves the infrarenal portion of the abdominal aorta. It is a rare disease usually occurring in middle-aged men.

It has various clinical presentations:

Isolated periaortitis corresponds to the non-aneurysmal form of chronic periaortitis and is less frequently encountered.

An exaggerated inflammatory response to advanced atherosclerosis has been thought to be the main pathogenetic process. Autoimmunity has been proposed as a contributing factor.

The term IRF may be misleading since it is no longer considered idiopathic but secondary to advanced atherosclerosis, and is probably an autoimmune process. The majority of cases are idiopathic (>70%); the remainder occurs in association with inflammatory disorders, malignancies or medications.

In a minority of cases, retroperitoneal fibrosis is not idiopathic but secondary to:

Ureteral obstruction leading to unilateral or bilateral hydronephrosis and consequent renal insufficiency is the most typical presentation of IRF. In IAAA the entrapment of ureters by fibrous periaortic tissue may lead to obstructive uropathy in 10-21% of patients.

The major pathogenetic process leading to chronic periaortitis is inflammation, caused by advanced atherosclerosis. Lymphocyte populations, periaortic inflammation and fibrosis have been demonstrated in histologic specimens of IRF and IAAA.

Autoimmunity to several components (oxidized-low density lipoproteins and ceroid) of atherosclerotic plaque has been proposed as the antigenic stimulus in the initiation of the inflammatory process.

The association of periaortitis with various autoimmune diseases has been reported, supporting the concept of autoimmunity. Periaortitis can be seen with:

The definitive diagnostic test is contrast-enhanced CT scanning or MRI. Both CT and MRI typically show a periaortic soft tissue mass as a rind of abnormal tissue around the aorta, with a varying extent of spread.

PET scan and PET-CT with 18F-fluorodeoxyglucose (FDG) is a reliable tool for assessing the metabolic activity of the mass: in early inflammatory stages the uptake is avid, in the late fibrotic stage there might be no uptake.

It is also useful to detect other sites of inflammation and disclosing infectious or neoplastic lesions to which periaortitis can be secondary or associated with.

Steroids have been used along with surgery with good results.