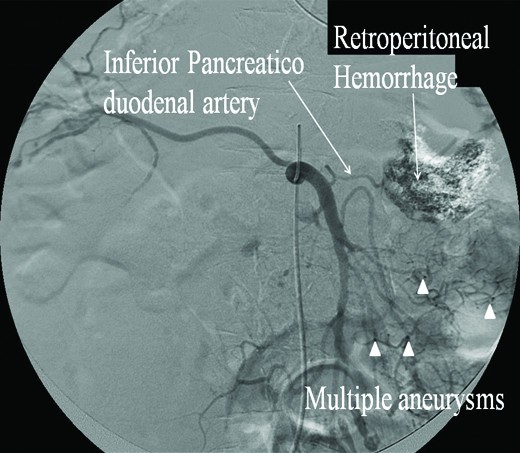 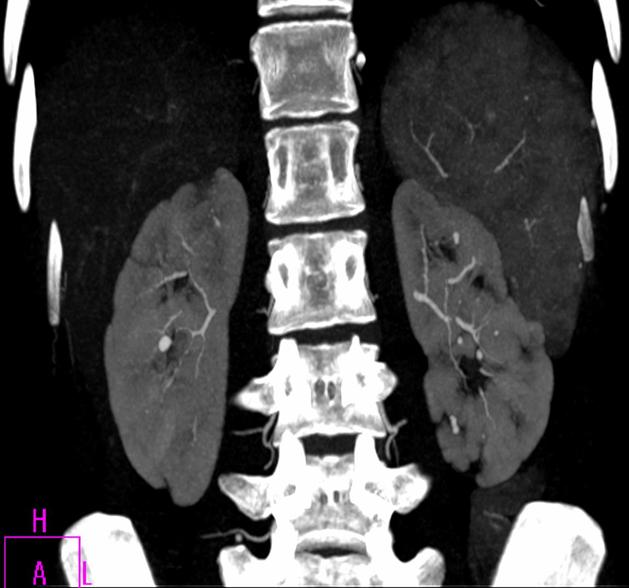 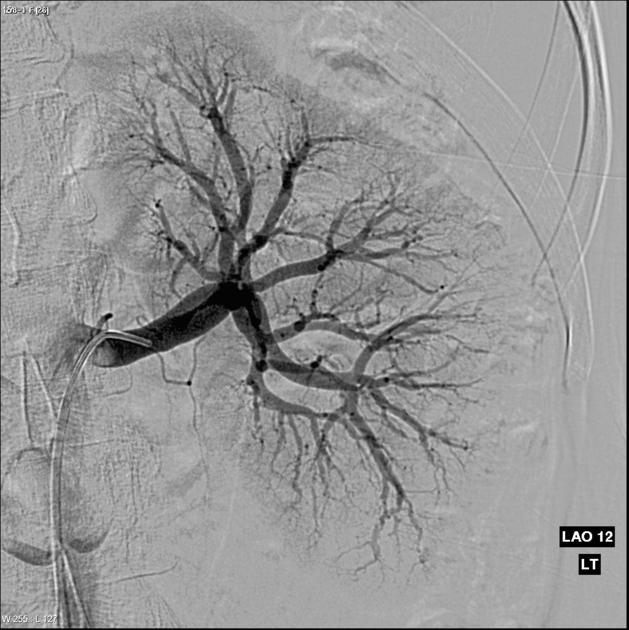 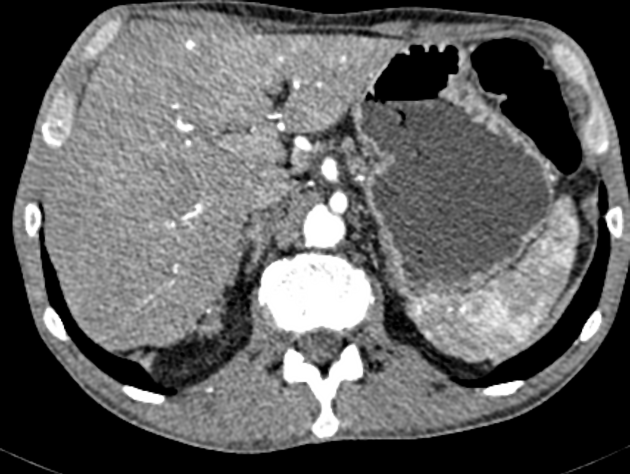 PAN is more common in males and typically presents around the 5 to 7decades. 20-30% of patients are hepatitis B antigen positive.

Patients can present with systemic and focal symptoms.

Non-specific systemic signs and symptoms are almost always present and include fever, malaise and weight loss.

Localized symptoms relate to ischemia and infarction of affected tissues and organs. The most commonly involved vessels are the renal arteries , with visceral involvement also considered relatively common. The pulmonary circulation is typically spared, although bronchial arteries may occasionally be involved.

Frequent sites of involvement are :

Initially, there is transmural and necrotizing inflammation of medium-sized arteries, mostly involving part of the circumference which causes weakening of the wall leading to microaneurysm formation and subsequent focal rupture. There is a predilection for branch points. Fibrinoid necrosis of vessels promotes thrombosis of vessels followed by infarction of the tissue supplied. Fibrous thickening and mononuclear infiltration occur at a later stage. Different stages of inflammation can occur in the same vessel at different points.

Routine contrast-enhanced CT may be entirely normal or may demonstrate focal regions of infarction or hemorrhage in affected organs.

Direct catheter angiography is far more sensitive to changes within small vessels, although a good quality CTA can also demonstrate changes. Findings include:

Polyarteritis nodosa is usually fatal if untreated, often as a result of progressive renal failure or gastrointestinal complications. Prompt treatment with corticosteroids and cyclophosphamide may result in remission, and a remission/cure can be achieved in 90% of patients .

It was initially described by Kussmaul and Maier in 1866.