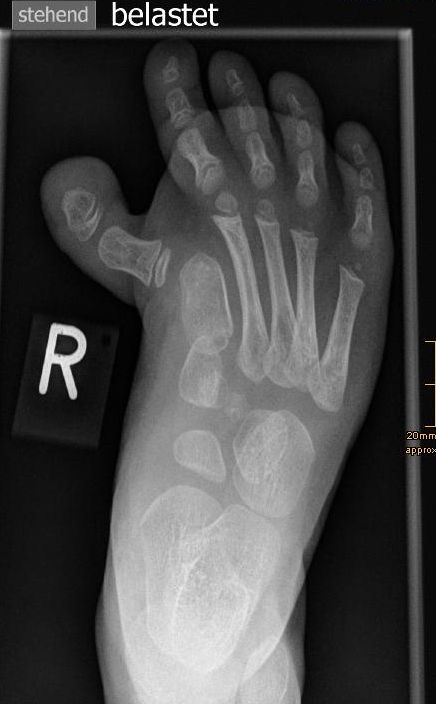 A sandal gap deformity, also known as hallux varus, is an imaging observation in antenatal ultrasound (typically second trimester) where there is an expanded first interspace, i.e. the gap between the great toe of the foot from the rest of the toes (likened to the gap caused by a sandal).

While it can be a normal variant (especially when it is the only finding) it is also sometimes considered a soft marker for other fetal anomalies.

At least 40 other rare conditions have also been associated with this anomaly .