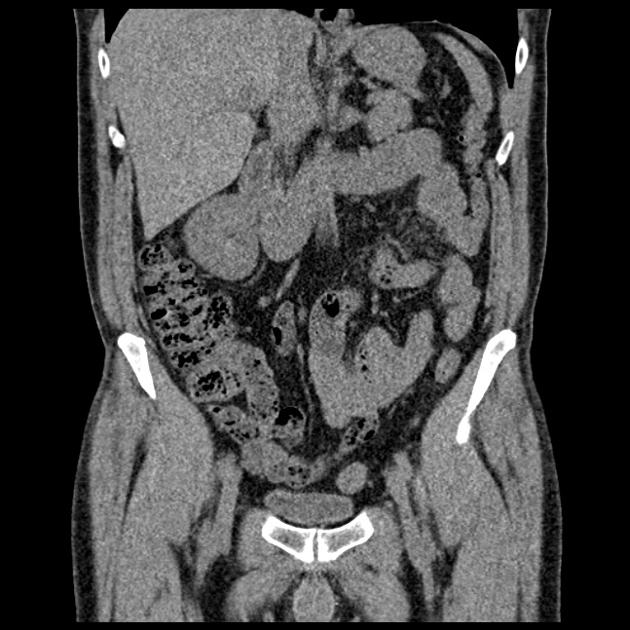 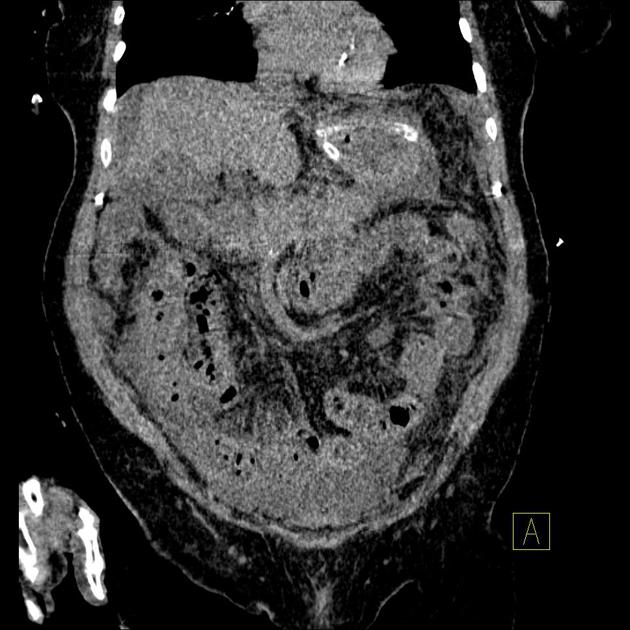 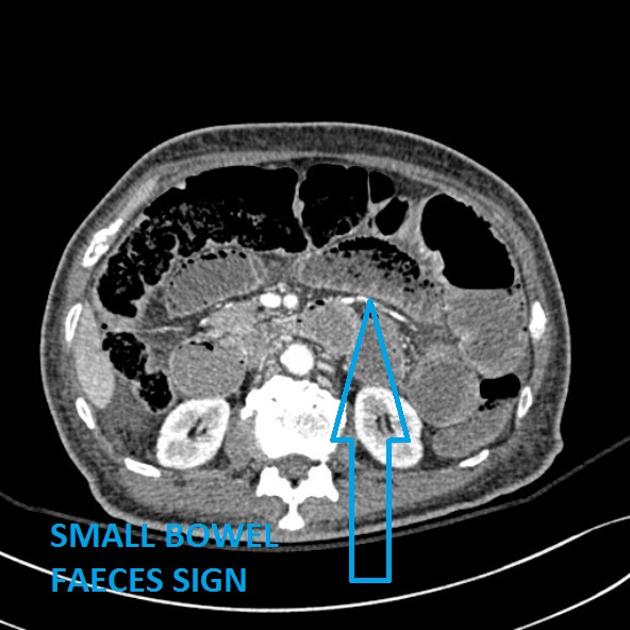 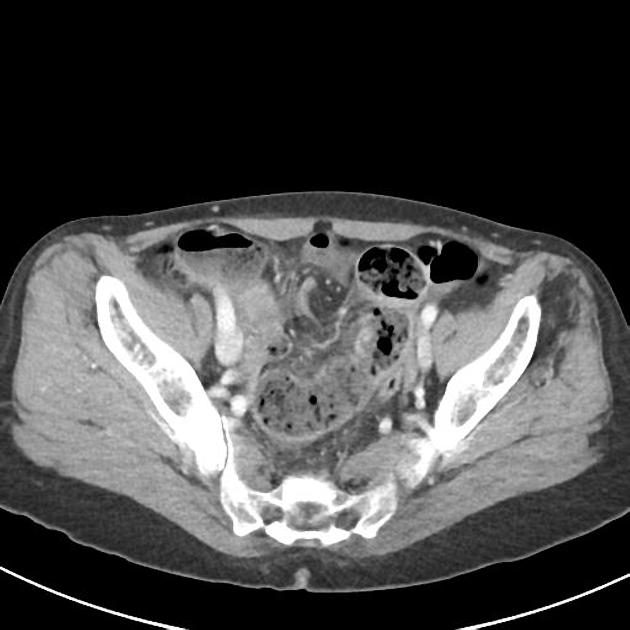 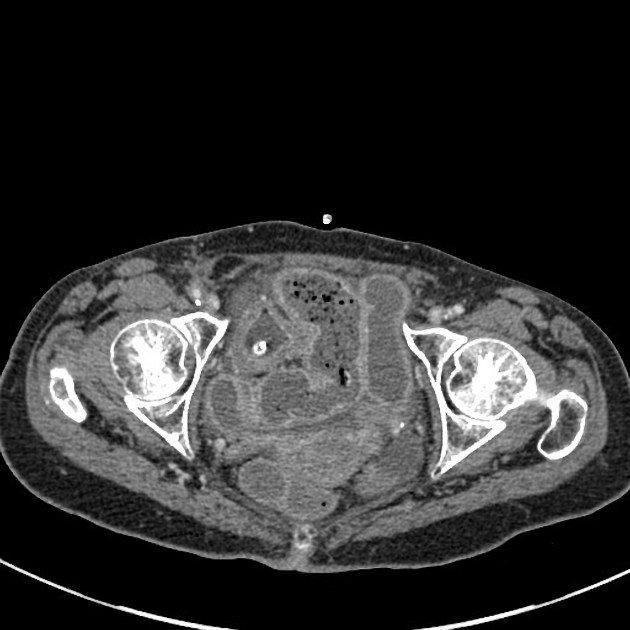 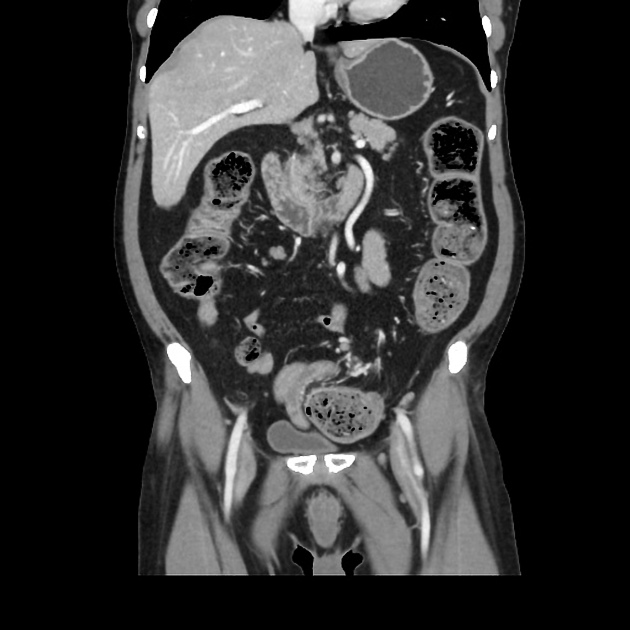 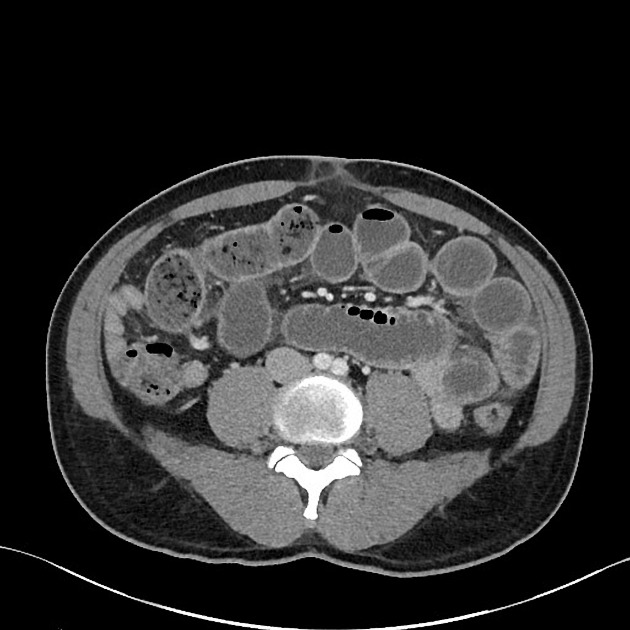 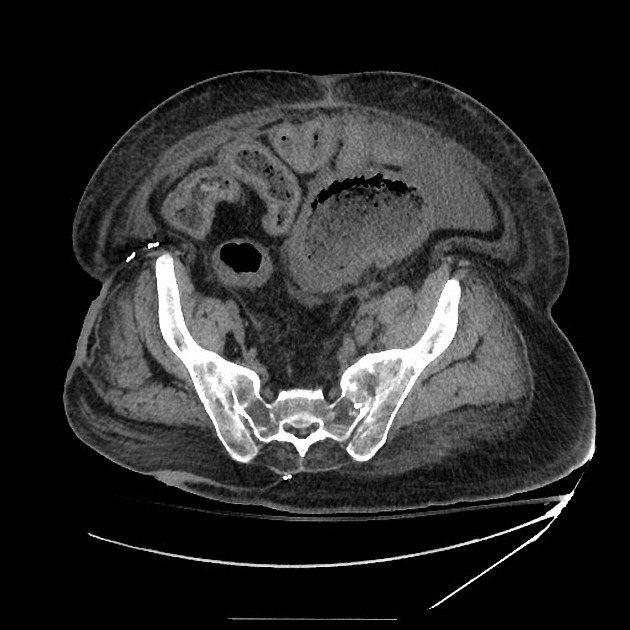 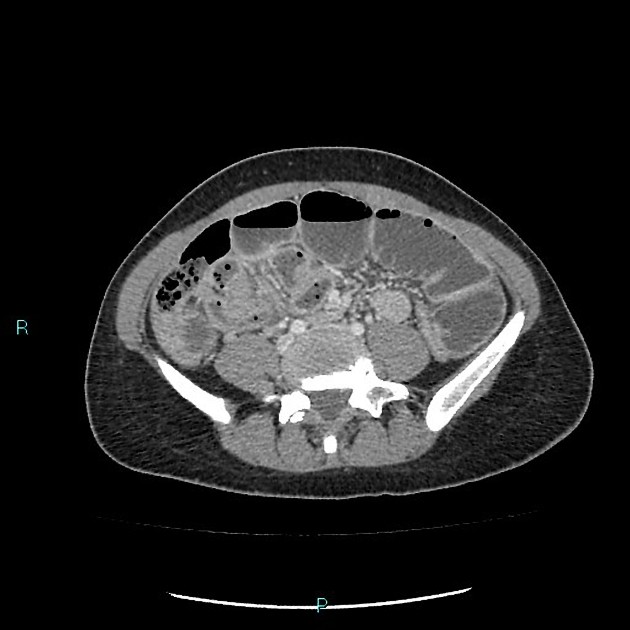 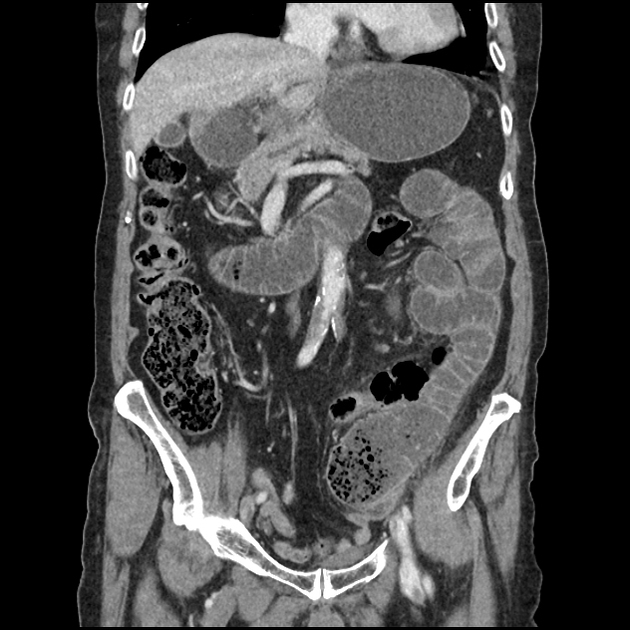 Defined by the presence of particulate feculent material mingled with gas bubbles in the lumen of the small intestine (resembling colonic content on CT), it is believed to be the result of delayed intestinal transit caused by incompletely digested food, bacterial overgrowth, or increased water absorption of the distal small bowel contents due to obstruction .

The small bowel feces sign is most often present in distal small intestine loops, for a length of between 4 and 200 cm.

The small bowel feces sign has shown a high specificity for subacute or low-grade small bowel obstruction because, in a progressively developing obstruction with slowed intestinal transit, there is enough time for increased water absorption to subsequently form the feces-like intestinal content. Recognition is important to prevent a delay in medical intervention. Since the sign is usually seen immediately proximal to the level of obstruction, it may be helpful in recognition of the exact site and cause .

Detection of the small bowel feces sign should prompt you to: