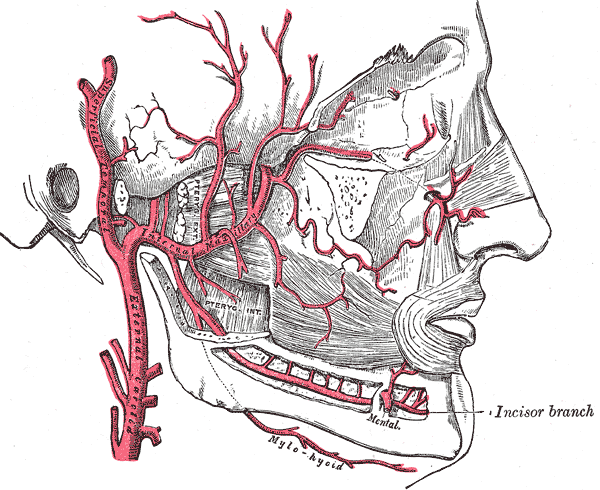 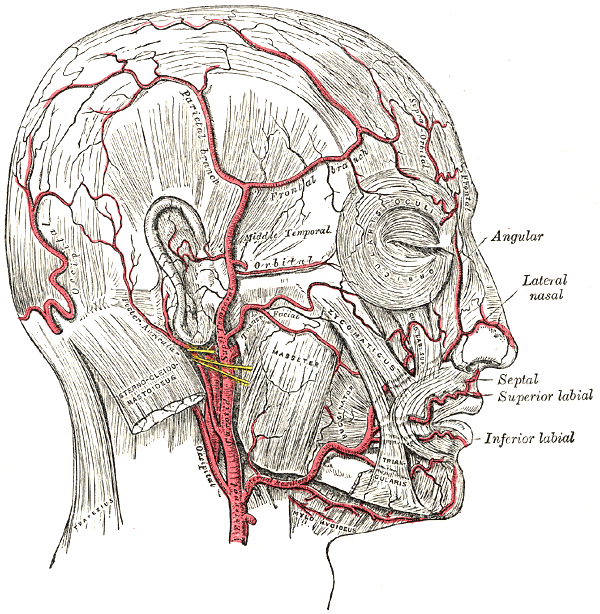 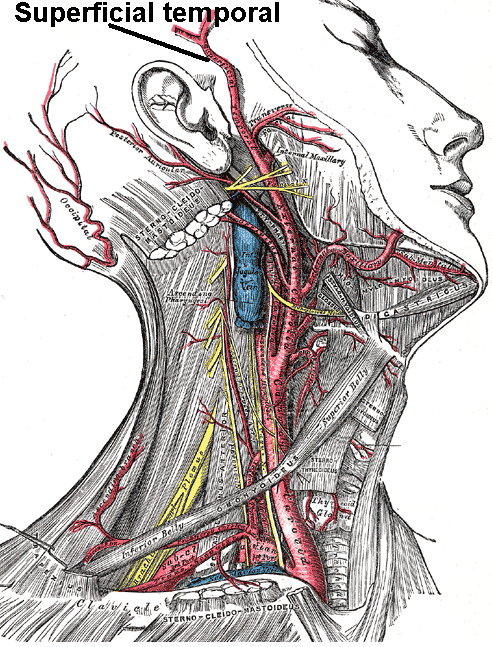 Superficial
dissection of the right side of the neck, showing the carotid and subclavian arteries.
Wikipedia • Public domain

The superficial temporal artery is one of two terminal branches of the external carotid artery.

It arises in the parotid gland and runs between the deep and superficial lobes and then over the zygomatic arch.

There are several named branches, together supplying part of the face and scalp :