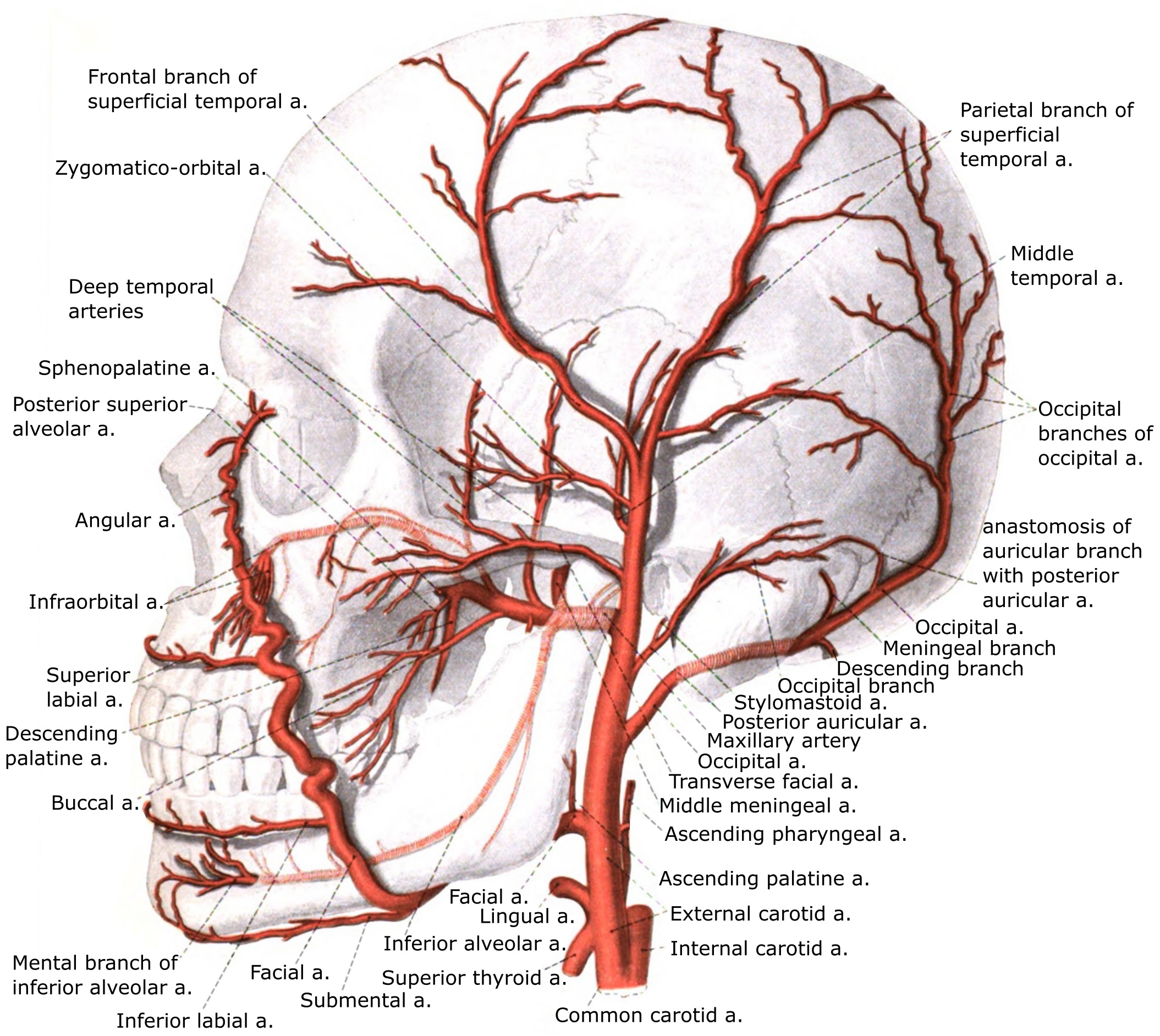 The ECA begins at the level of the upper border of the thyroid cartilage (at the level of the fourth cervical vertebra). It takes a slightly curved course upwards and anteriorly before inclining backwards to the space behind the neck of the mandible. Along its course, it rapidly diminishes in size and as it does so, gives off various branches (see below). As it enters the parotid gland, it gives rise to its terminal branches, the superficial temporal and maxillary arteries.

The branches of the external carotid artery can be subdivided into groups:

Memorable mnemonics for these branches include: