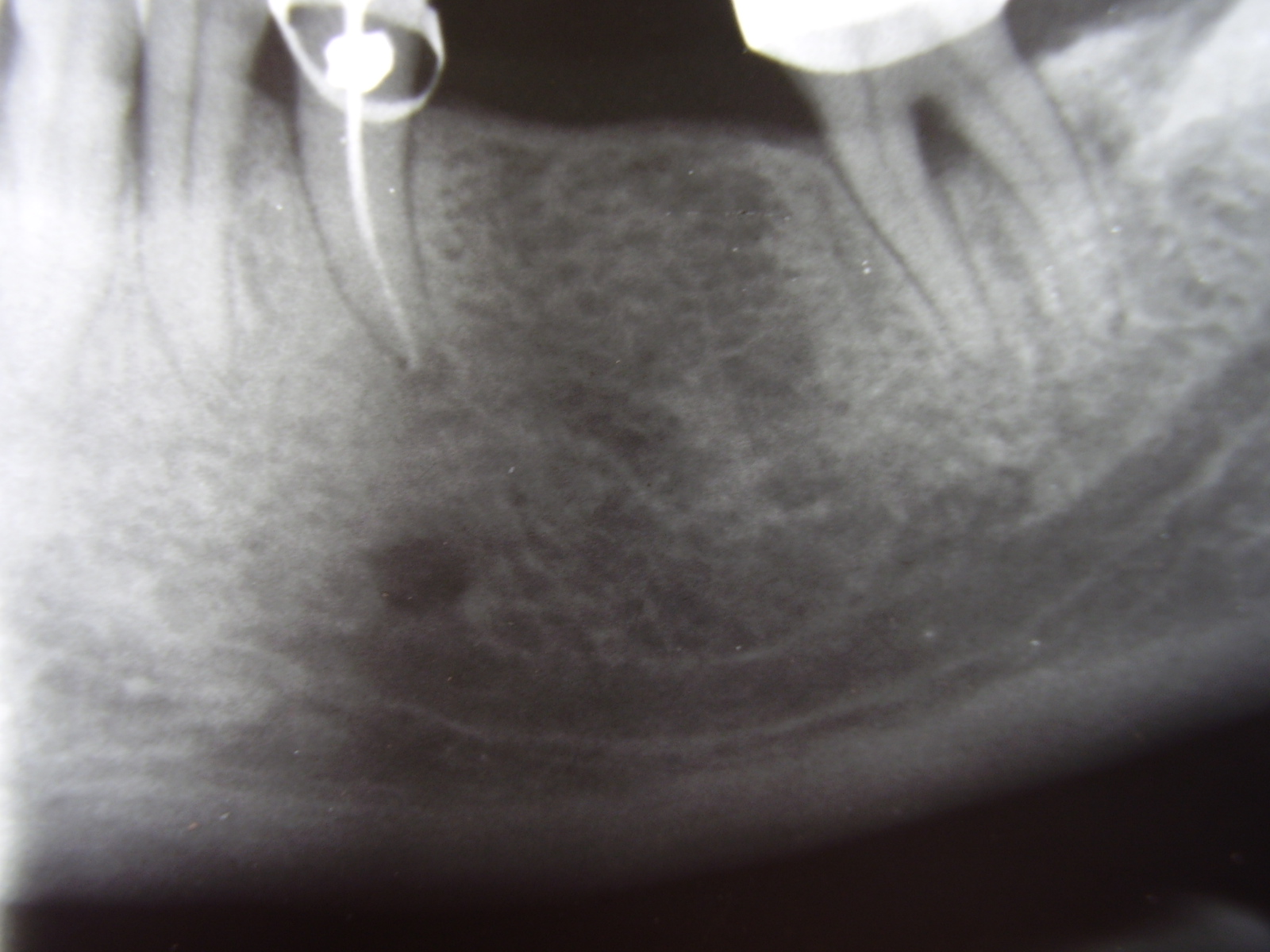 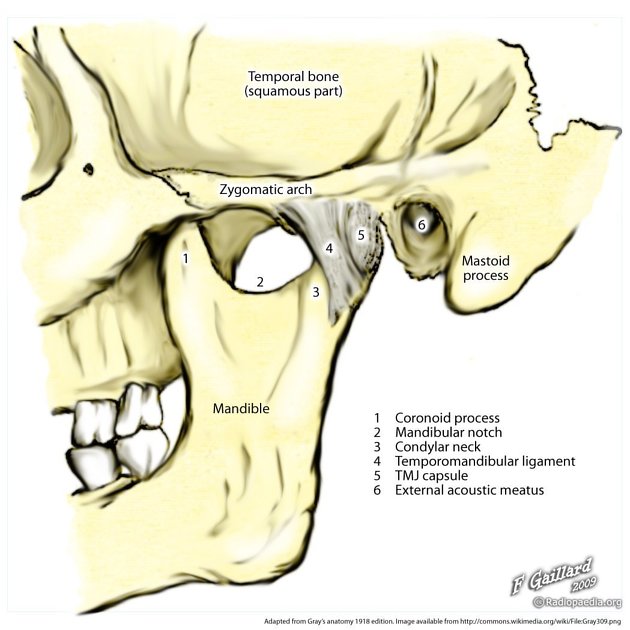 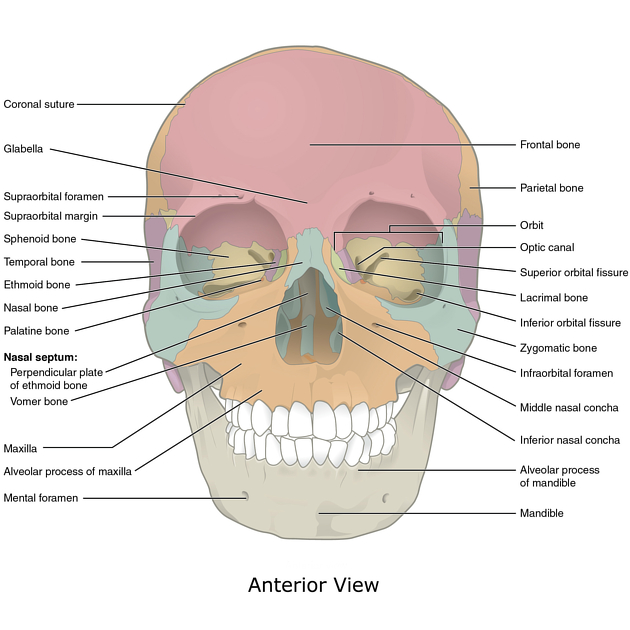 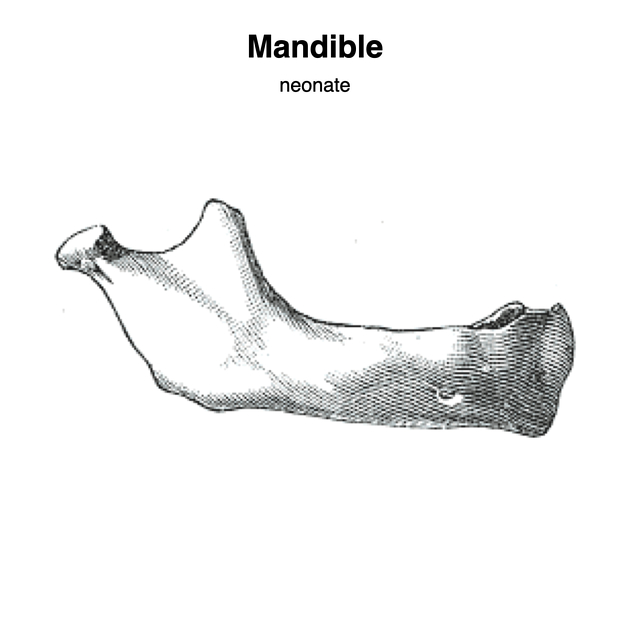 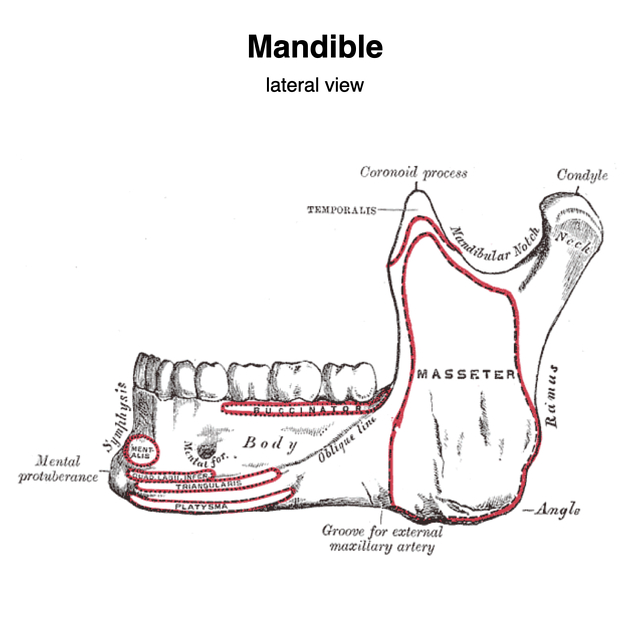 The mandible is the single midline bone of the lower jaw. It consists of a curved, horizontal portion, the body, and two perpendicular portions, the rami, which unite with the ends of the body nearly at right angles (angle of the jaw). It articulates with both temporal bones at the mandibular fossa at the temporomandibular joints (TMJ).

The body of the mandible is curved, somewhat like a horseshoe, with two surfaces and two borders. The mandibular symphysis is located in the midline, a point of fusion. The parasymphysis extends from the midline to past the canine.

The ramus is quadrilateral in shape, and has two surfaces, four borders, and two processes and one canal:

The mandibular canal runs obliquely downward and forward in the ramus, and then horizontally forward in the body, where it is placed under the alveoli and communicates with them by small openings. On arriving at the incisor teeth, it turns back to communicate with the mental foramen, giving off two small canals which run to the cavities containing the incisor teeth. It contains the inferior alveolar vessels and nerve, from which branches are distributed to the teeth via the incisive nerve.