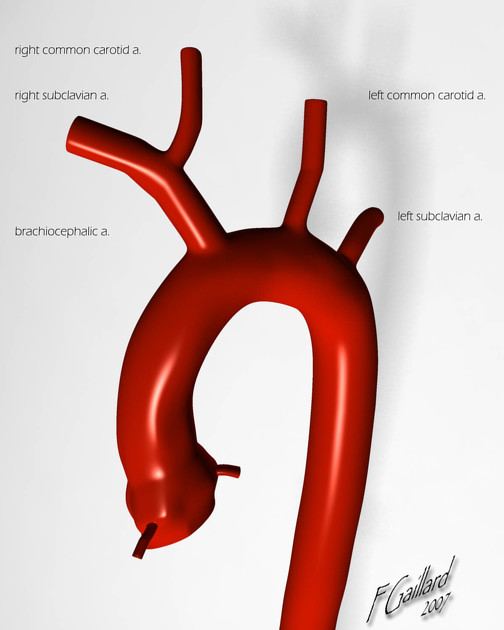 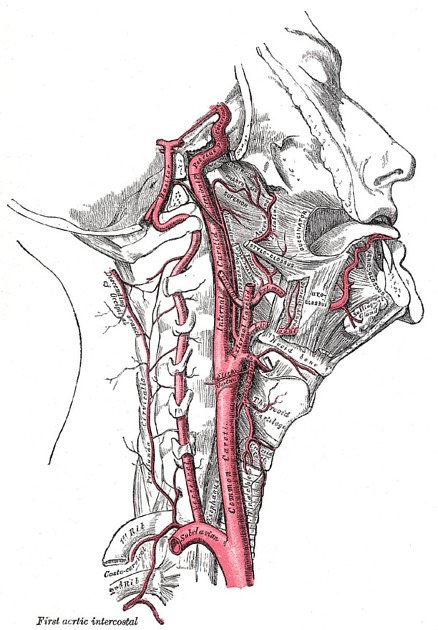 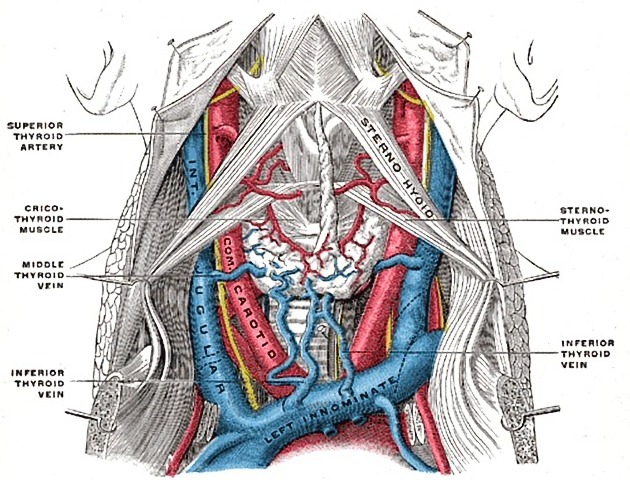 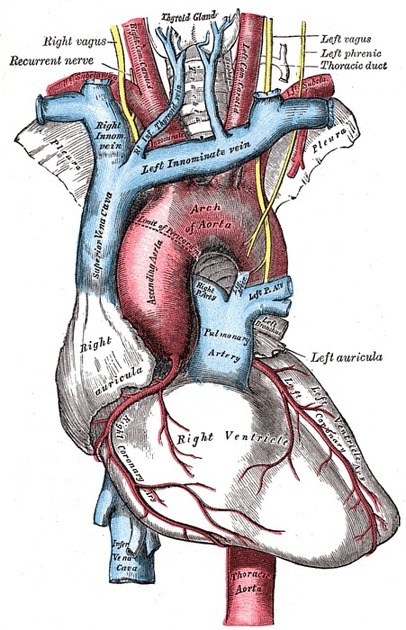 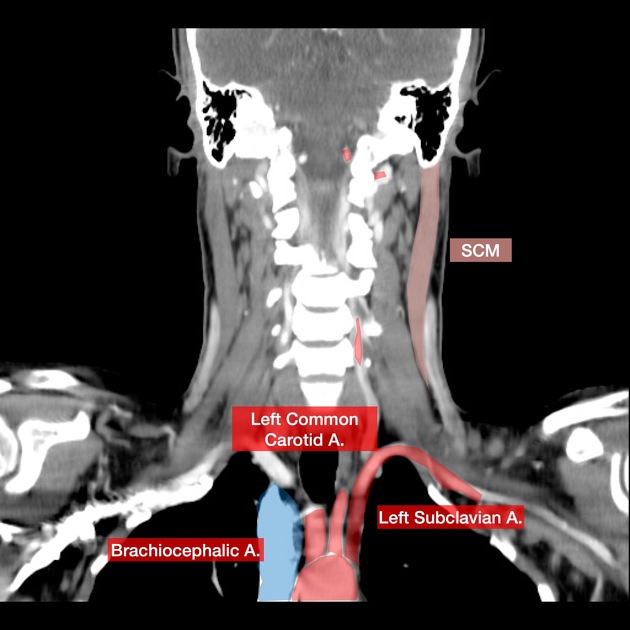 The common carotid artery is a paired structure that supplies blood to the head and neck.

Although the left and right common carotid arteries follow the same course through the neck, their origin differs.

In the thoracic section, the left common carotid travels upwards through the superior mediastinum to the level of the left sternoclavicular joint where it is continuous with the cervical portion.

The cervical section of both common carotids follows a similar course. Each vessel passes obliquely upwards from behind the sternoclavicular joint to the level of the upper border of the thyroid cartilage. In the lower neck, the two common carotid arteries are separated from each other by the trachea. However, as the carotids ascend in the neck, they diverge becoming separated by the thyroid gland, the larynx and pharynx.

Each common carotid is contained within the carotid sheath which is derived from all 3 layers of the deep cervical fascia. In addition to containing the common carotid artery, the sheath also comprises the internal jugular vein and vagus nerve: the vein lies lateral to the artery, with the nerve in between the two. At the level of the fourth cervical vertebra, the vessel bifurcates into the external and internal carotids.