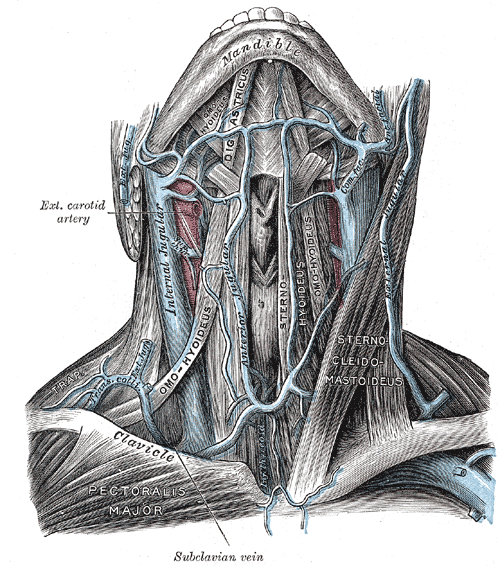 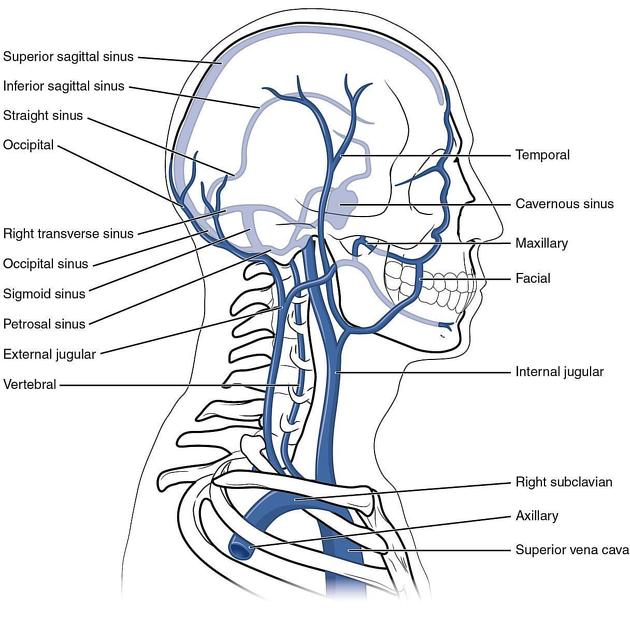 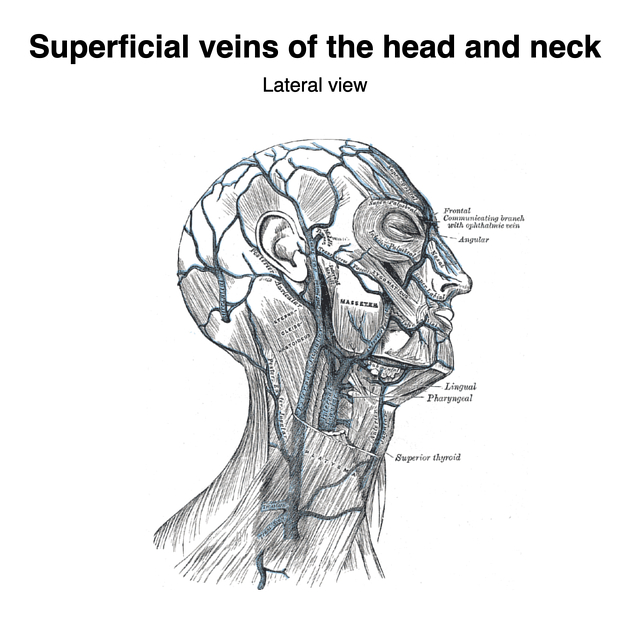 The internal jugular vein (IJV) is the major venous return from the brain, upper face and neck.

It is formed by the union of inferior petrosal and sigmoid dural venous sinuses in or just distal to the jugular foramen (forming the jugular bulb). It descends in the carotid sheath with the internal carotid artery. The vagus nerve (CN X) lies between the two.

After receiving tributaries from the face and neck (listed below) it continues to descend before descending into the thorax, usually posterior to the space between the two heads of the sternocleidomastoid muscle, before uniting with the subclavian vein to form the brachiocephalic vein.

A handy mnemonic to recall the internal jugular vein is: