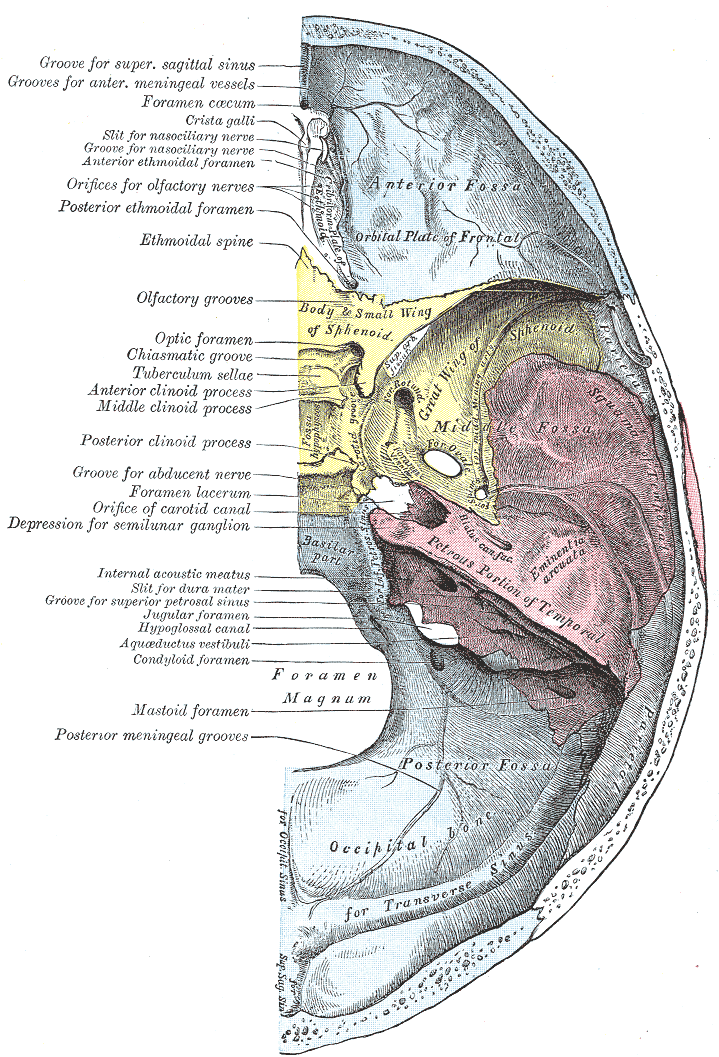 The jugular foramen courses anteriorly, laterally, and inferiorly as it insinuates itself between the petrous temporal bone and the occipital bone.

The jugular foramen is usually described as being divided into two parts by a fibrous or bony septum, called the jugular spine, into:

The pars nervosa is the anteromedial portion of the jugular foramen and is smaller than the larger, posterolateral pars vascularis. It contains:

The inferior petrosal sinus drains the cavernous sinus and courses in the petro-occipital fissure adjacent to the clivus prior to its exit through the pars nervosa and subsequent drainage into the internal jugular vein beneath the foramen.

The pars vascularis is the posterolateral portion of the jugular foramen and is larger than the smaller anteromedial portion termed the pars nervosa. It contains:

The vagus nerve yields an auricular branch (Arnold nerve) via the mastoid canaliculus on the lateral wall of the foramen adjacent to the mastoid segment of the facial nerve.

In this system the foramen is divided into 3 parts:

The intrajugular part is positioned between the sigmoid and petrosal parts, and is the site of bony prominences called the intrajugular processes on the opposing surfaces of the temporal and occipital bones.

The size of the normal jugular foramen is remarkably variable and asymmetrical. However, the normal foramen will always be well-corticated. Therefore, the bony margin (and not the size) of the foramen should guide diagnostic evaluation.

CT appearance of the foramen depends upon the level and angulation of the scan. The foramen has been described as having the shape of a sitting duck on the highest axial cuts.