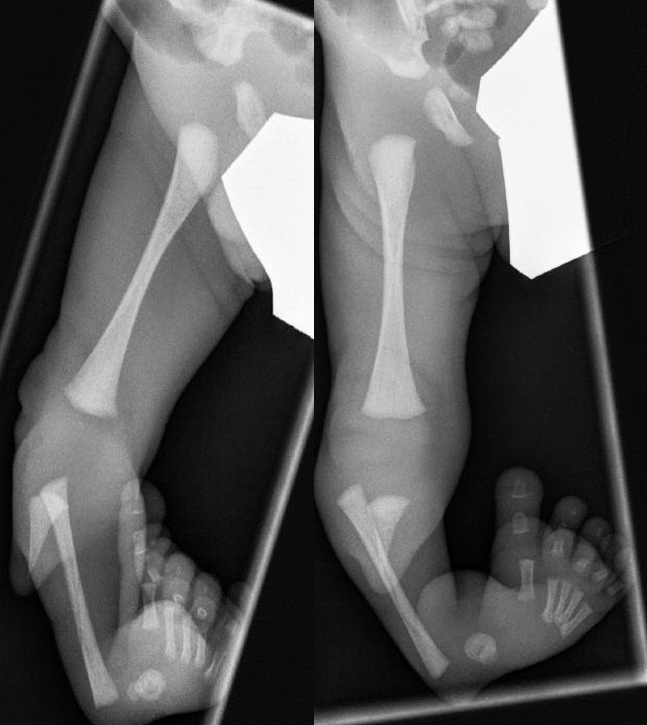 Tibial hemimelia or tibial deficiency is an uncommon abnormality which can range from isolated mild shortening to complete tibial absence .

Tibial hemimelia is extremely rare, occurring in only one out of one million live births .

The affected limb is short with varus deformity of the ankle and knee flexion contracture.

Tibial hemimelia is usually sporadic, although an autosomal dominant inheritance pattern has been reported in bilateral cases .

Deficient bone part is usually replaced with a strong fibrous or fibrocartilaginous band .

There is a high association with ipsilateral varus deformity and medial foot deficiencies . Patellar bone and quadriceps muscle may be absent.

Based on the radiographic appearance, four types of tibial hemimelia have been recognized :