Tornwaldt"s
cyst in sagittal MRI (FLAIR). The cyst appears hyperintense in the midline of the nasopharynx. In this case there is also a cyst of the pinealis gland showing a signal intensity slightly higher than the CSF.
Wikipedia • CC BY-SA 3.0

Tornwaldt"s
cyst in MRI (T1 axial). The cyst appears slightly hyperintens to adjacent muscle in the midline of the nasopharynx. Depending on the protein content this can vary.
Wikipedia • CC BY-SA 3.0 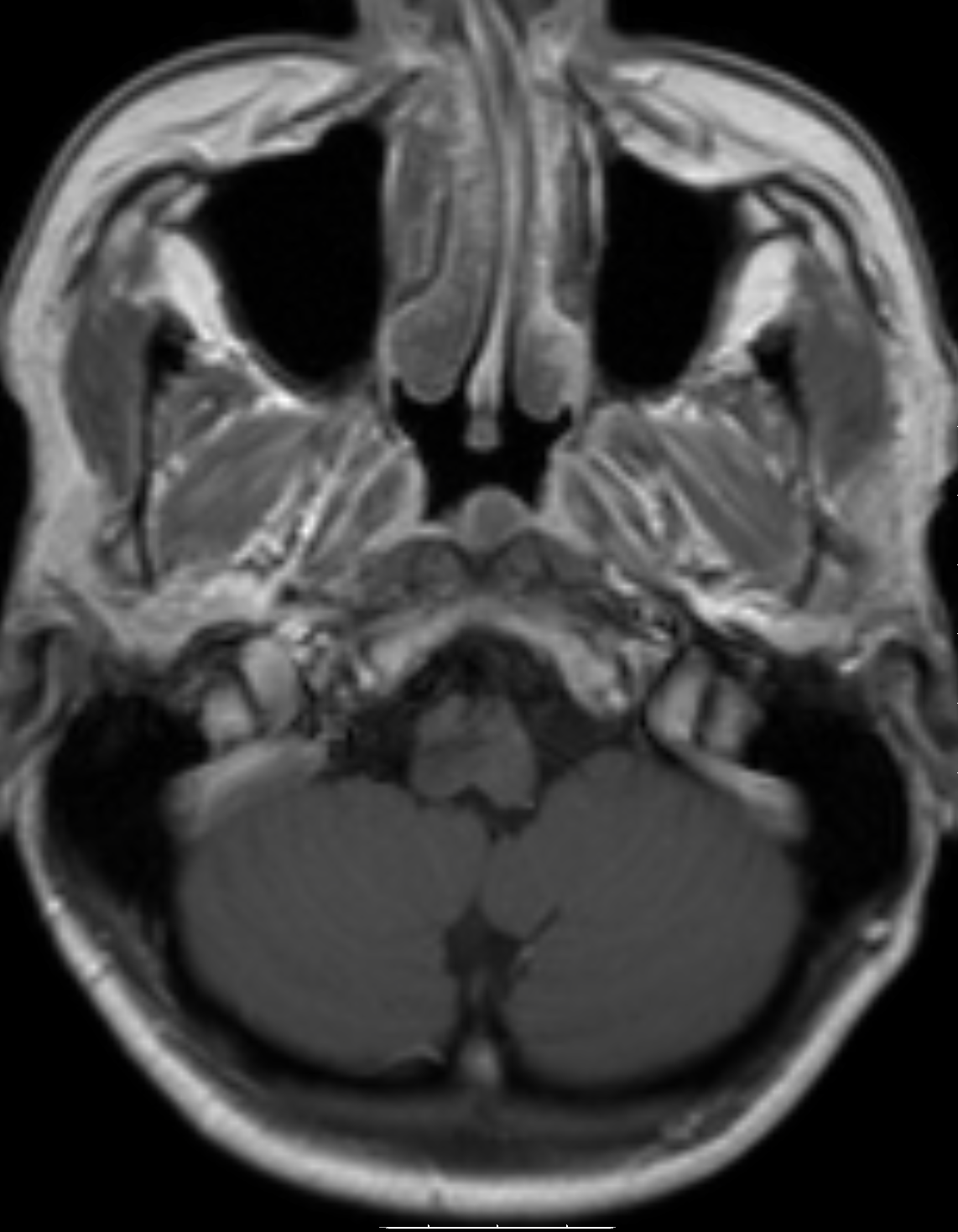 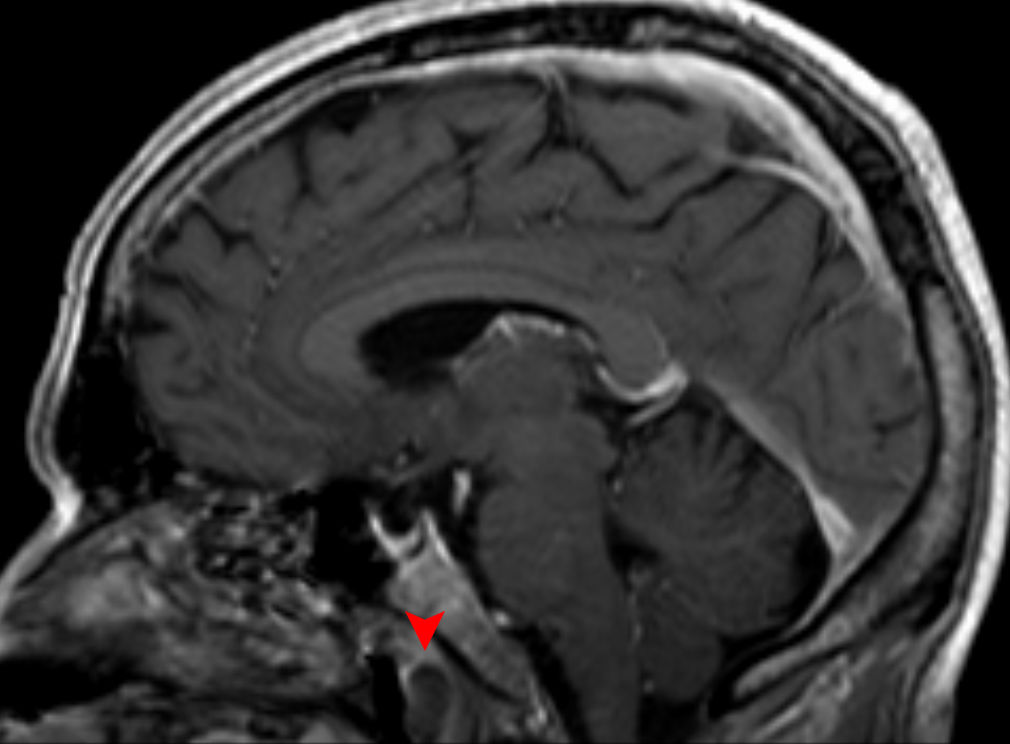 The lesion is developmental and usually asymptomatic. In most cases it is found incidentally; as such, age of diagnosis typically represents age of imaging of the nasopharynx. Peak incidence has been variably reported between the ages of 15 and 60 years of age , which may be due to gradual accumulation of fluid in the cyst following obliteration of its neck.

A Tornwaldt cyst has an autopsy prevalence of approximately 4%, with no gender predilection . These incidence found at autopsy studies in 1950s and 60s differs from findings in a recent incidence study using CT and/or MR, demonstrating incidence of only 0.06% . The reason for this discrepancy is unclear.

Tornwaldt cysts are almost always asymptomatic. However, if they become infected they can cause halitosis or periodic discharge of foul tasting fluid into the mouth. Some may present with otitis media due to obstruction of the Eustachian tube. A symptomatic cyst is also called Tornwaldt disease .

Tornwaldt cysts are classified as crusting and cystic . They form as a result of retraction of the notochord where it contacts with the endoderm of the primitive pharynx.

This is believed to happen at about the 10 week of embryonic development. Closure at the orifice results in so called cystic type, while crusts adhering to the orifice without closing result in crust type . The cyst is lined by respiratory epithelium and accumulates with fluid with variable proteinaceous content, inflammation can occur due to obstruction.

These lesions have a characteristic appearance and should usually not be confused with more sinister pathology. Typically they are well circumscribed rounded lesions immediately deep to the mucosa. They are usually nestled between and anterior to the longus colli muscles they elevate the mucosa forming a convex surface into the nasopharynx. They are variable in size, ranging from a few millimeters to a few centimeters in diameter, but are typically 2-10 mm in size.

On CT they appear as well circumscribed low density (fluid density centrally) and are nonenhancing. If the fluid is protein rich, then it may be hyper-attenuating and even mimic a solid lesion.

Similarly, MRI demonstrates these cysts as being well circumscribed with a thin wall.

Asymptomatic lesions require no treatment. If treatment is required then de-roofing the cyst (marsupialisation) is usually sufficient, and can be performed via a transnasal approach .

There is usually no real differential, however adenoidal/mucosal masses can sometimes have cystic components, and therefore the differential includes: