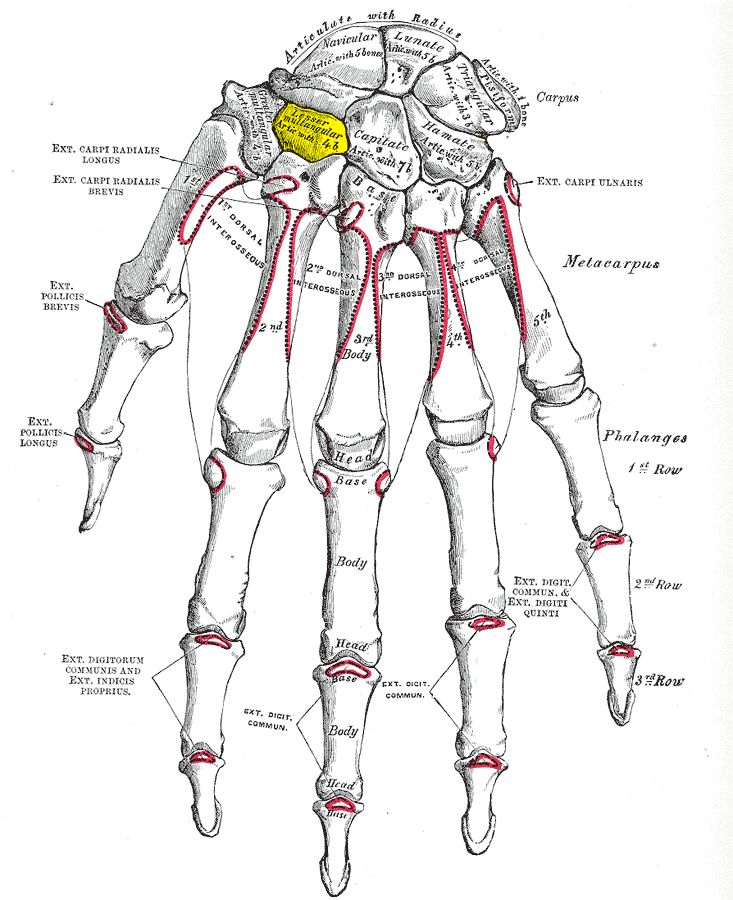 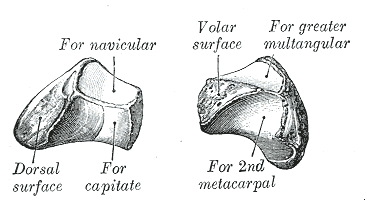 The trapezoid articulates with the scaphoid, capitate, trapezium and the base of the second metacarpal.

The dorsal surface has no muscle attachments.

Accessory bones associated with the trapezoid may be mistakenly viewed as fractures.  See Accessory ossicles of the wrist.

The trapezoid may occasionally have an attachment from the origin of the oblique head of the adductor pollicis.

Trapezoid ossification begins around the fourth year in females and approximately twelve months later in males. It generally has a single ossification center.

The trapezoid may be visualized on a number of series of the distal upper limb including:

CT or MRI imaging will demonstrate the trapezoid and should be considered if there is clinical suspicion of occult injury.

Like the capitate, the trapezoid has a protected position and is the least commonly fractured carpal bone. Trapezoid fractures usually occur at the dorsal rim or body. An isolated trapezoid fracture is rare; it is often associated with a second metacarpal fracture. A trapezoid fracture may be difficult to visualize on routine radiograph imaging and may be assisted by oblique views.

Dorsal dislocations and less commonly palmar dislocations can be associated with capsular ligamentous rupture. Such injuries are often the result of axial loading of the index metacarpal.