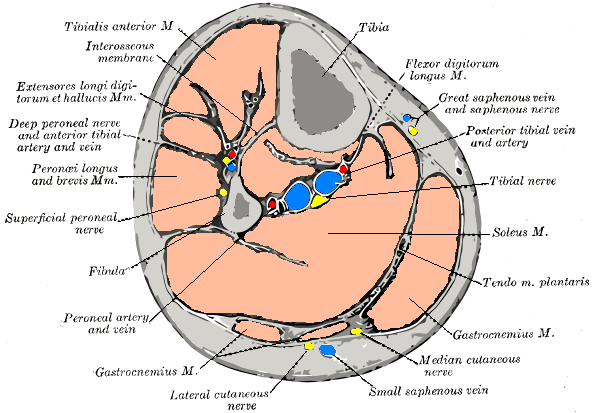 The small saphenous vein (SSV) forms part of the superficial venous drainage of the lower limb.

The small saphenous vein forms by the confluence of the lateral aspect of the dorsal venous network of the foot (lateral marginal vein of the foot). It passes behind the lateral malleolus and directly superiorly in the subcutaneous tissue of the calf to perforate the deep fascia (fascia lata) and drain into the popliteal vein in the popliteal fossa.