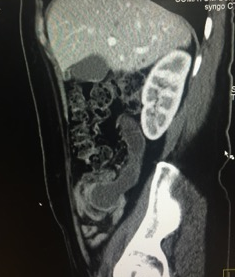 Appendiceal
mucocele : An unusual cause of lower back pain. CT sagittal reconstruction showing a tubular cystic mass coming in proximity of the lower pole of the right kidney .
www.eurorad.org • CC by-nc-sa-4.0 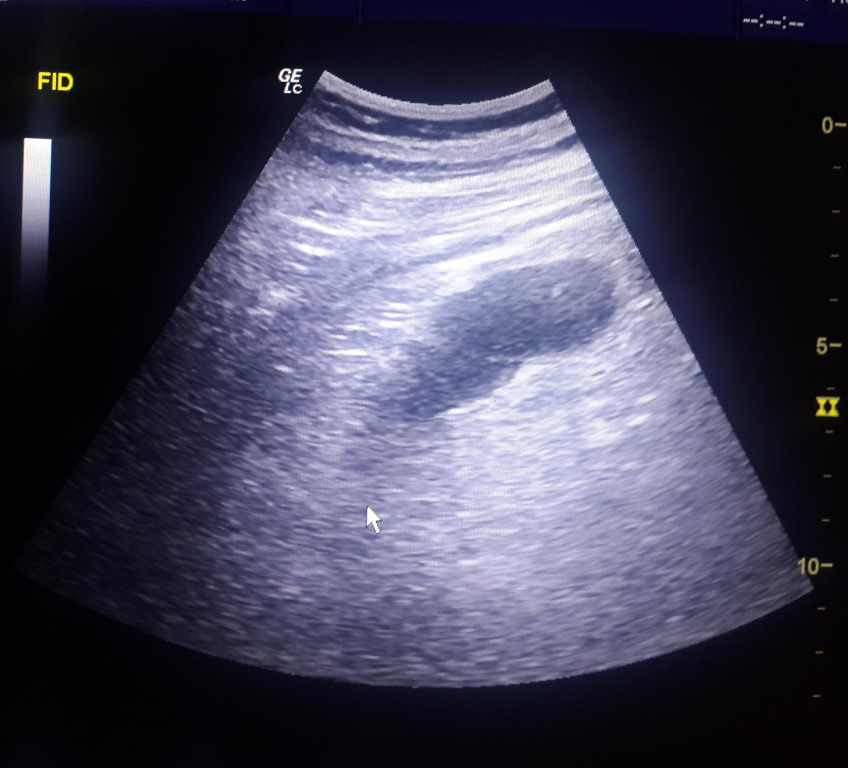 Appendiceal
mucocele : An unusual cause of lower back pain. US shows an anechoic mass in the right iliac fossa
www.eurorad.org • CC by-nc-sa-4.0 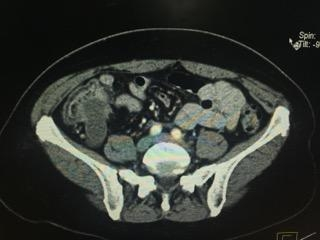 Appendiceal
mucocele : An unusual cause of lower back pain. CT axial section showing mucocele as a well-circumscribed low-attenuation cystic mass, with anatomical continuity with the base of the caecum
www.eurorad.org • CC by-nc-sa-4.0
Hallo!
Radiopaedia • CC-by-nc-sa 3.0 • de

Appendiceal mucoceles occur when there is an abnormal accumulation of mucin causing abnormal distention of the vermiform appendix due to various neoplastic or non-neoplastic causes.

The reported prevalence at appendectomy is 0.2-0.3%. They are thought to typically present in middle-aged individuals, particularly considering the epidemiology of the mucinous neoplasms. Though carcinoid tumor is the most common primary appendiceal neoplasm in surgical pathology series, mucoceles due to neoplasms are the most common appendiceal tumors detected on imaging .

The term mucocele is simply a macroscopic description of an appendix that is grossly distended by mucus . They may be caused by either benign or malignant lesions, categorized into four histologic types:

It can be characterized by a right iliac fossa mass with peripheral calcifications .

If a contrast examination is performed, there is usually non-filling or partial-filling of the appendix. Where there is a large mucocele, the associated mass effect can cause the indentation or lateral displacement of the cecum.

Typically cystic mass with variable internal echogenicity . The presence of an "onion sign" (sonographic layering within a cystic mass) is considered a highly suggestive feature . Acoustic shadowing may be present due to the mural calcifications .

They are typically seen as a well-circumscribed, low-attenuation, spherical, or tubular mass contiguous with the base of the cecum.

When identifying a mucocele on CT, a search for extraluminal mucin is mandatory, which are low attenuation deposits commonly seen in certain locations :

Seen as a rounded right iliac fossa mass and the typical signal characteristics include:

Appendicitis and appendiceal mucocele may be difficult to differentiate, and may sometimes co-exist .