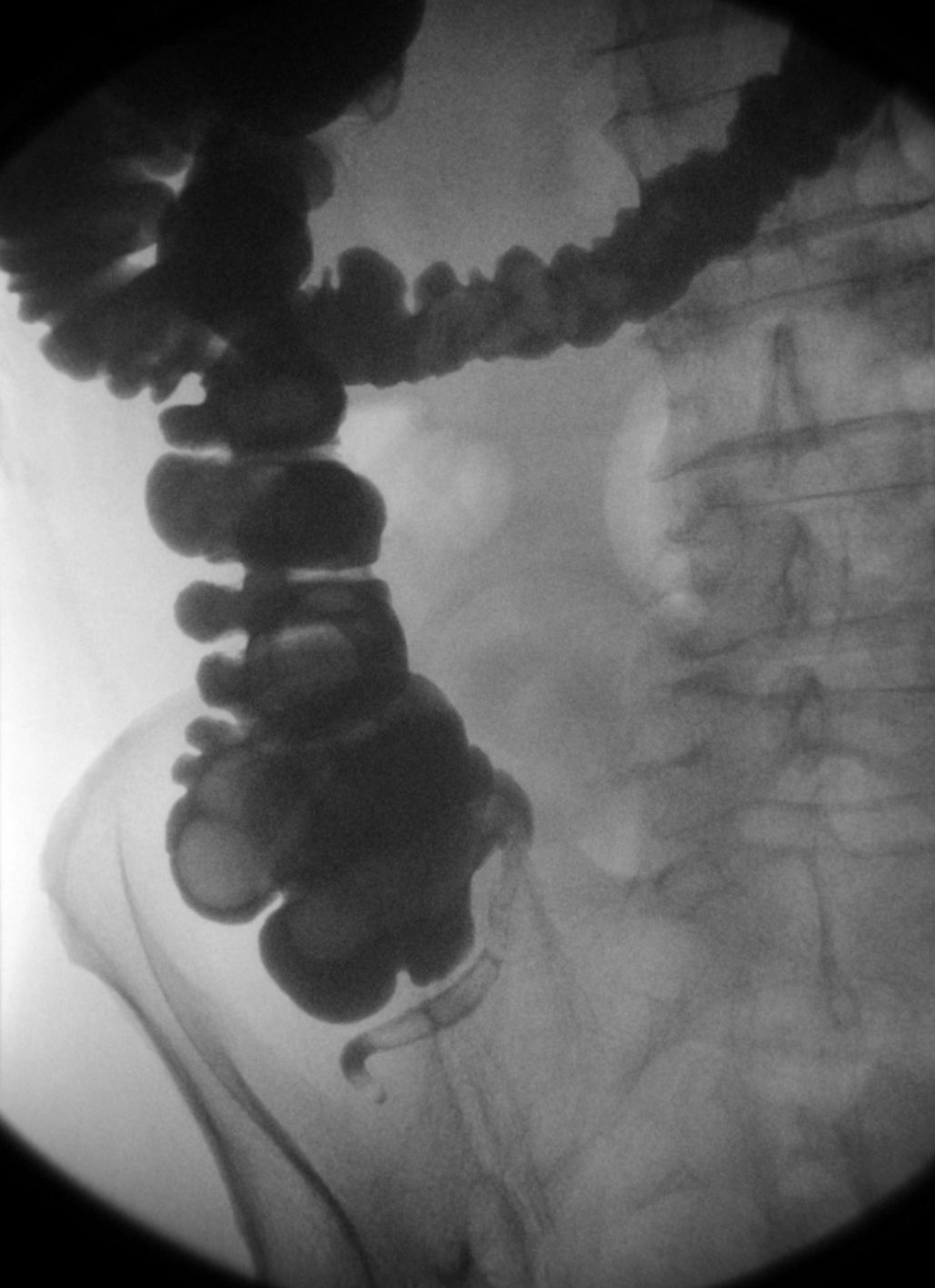 The appendix or vermiform appendix (plural: appendices) is a blind muscular tube that arises from the cecum, which is the first part of the large bowel.

The appendix arises from the posteromedial surface of the cecum, approximately 2-3 cm inferior to the ileocecal valve, where the 3 longitudinal bands of the taeniae coli converge. It is a blind diverticulum which is highly variable in length, ranging between 2 to 20 cm. The appendix lies on its own mesentery, the mesoappendix.

The tip of the appendix can have a variable position within the abdominal cavity :

The normal appendix can be identified most of the time without a significant difference in detection rate across the following modalities :

A recently described dynamic ultrasound technique using a sequential 3-step patient positioning protocol can increase the visualization rate of the appendix . In the study, patients were initially examined in the conventional supine position, followed by the left posterior oblique position (45° LPO) and then a “second-look” supine position. Reported detection rates increased from 30% in the initial supine position to 44% in the LPO position and a further increase to 53% with the “second-look” supine position. The authors suggested that the effect of the LPO positioning step improved the acoustic window by shifting bowel contents.

'Vermis' is the Latin word for worm, hence vermiform means worm-like. The word appendix originates from the Latin verb 'appendere' meaning "to hang from".