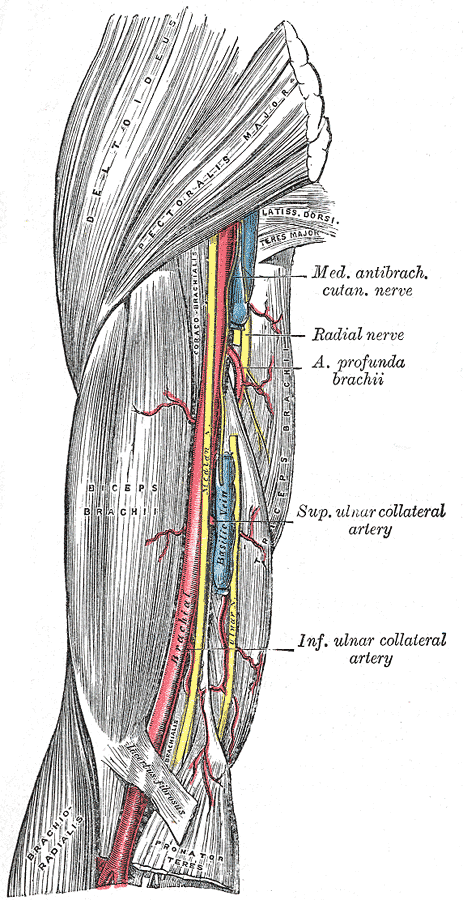 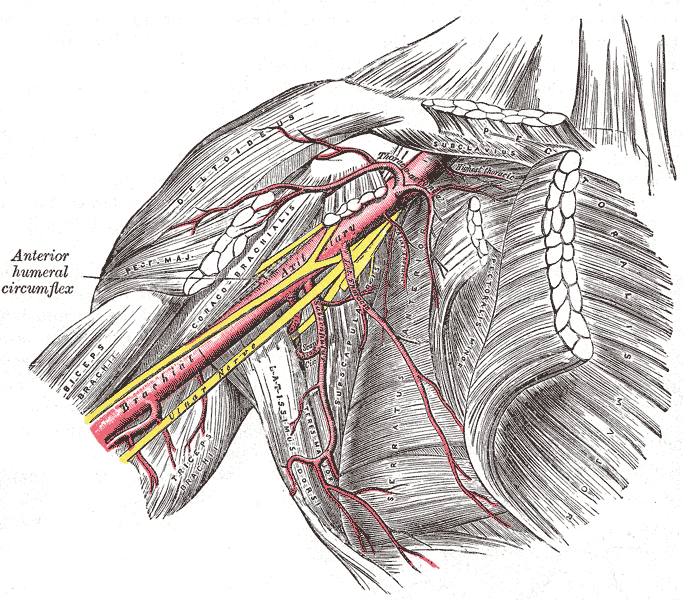 The axillary
artery and its branches.
Wikipedia • Public domain 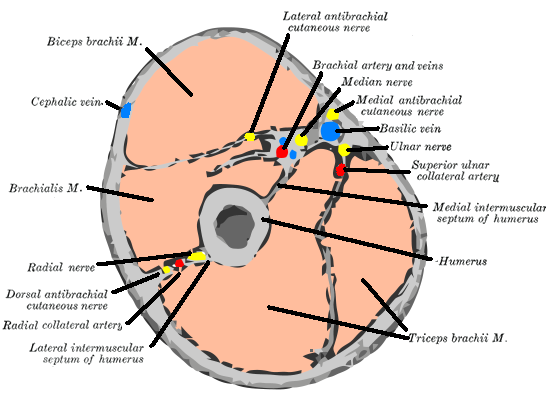 The brachial artery is the main supply of arterial blood to the arm, forearm, and hand.

The profunda brachii is the first and main branch of the brachial artery. It arises above the midpoint of the upper arm on the medial aspect of the vessel. However, as it courses posteriorly, it sweeps posterolaterally to the humerus to sit lateral and posterior by the time it reaches the elbow.

Distal to the profunda, the brachial artery gives off nutrient vessels to the humerus as it slowly courses more medially within the upper arm.

As it approaches the elbow, it gives off two further named branches that are part of the peri-articular arterial anastomosis of the elbow. These are the superior and inferior ulnar collateral arteries. Both of the ulnar collateral arteries arise from the medial surface of the brachial artery and course distally towards the medial aspect of the elbow. They give off smaller branches and anastomose with recurrent vessels that arise distal to the elbow joint.

The brachial artery bifurcates to form the radial artery and ulnar artery in the cubital fossa at the level of the radial neck, below the bicipital aponeurosis .

The brachial artery supplies blood to the muscles of the upper arm by its branches and to the forearm and hand, by its continuation as the radial and ulnar arteries.

The vessel can be well visualized using ultrasound and MRI.  It is visualized in radial approaches for angiography and may be used as vascular access for some procedures. It can be well depicted using CT angiography, although indications for such imaging is rare. Modalities used to assess the brachial artery include: